7 Best Things to Do in Pontiac, MI 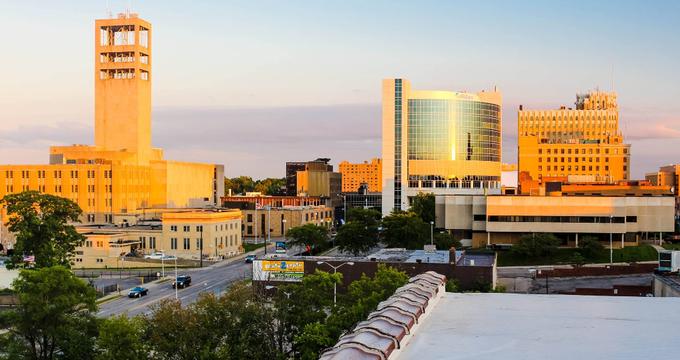 Pontiac is a city in Oakland County, Michigan and part of Metro Detroit. Located on the Clinton River, Pontiac was Michigan's first inland settlement. Pontiac is home to the Eternal Mother Temple, a regional pilgrimage for the people in the West. The Crofoot Presents is an event promotion company that produces every year over 750 live events. Ultimate Soccer Arenas is an indoor soccer stadium and one of the biggest full-size completely enclosed football arenas in the States. Erebus is a four-story 100,000 square-foot haunted house attraction open only on Halloween. Pontiac has a lively and growing craft beer scene with several interesting breweries such as Fillmore 13 and Exferimentation. 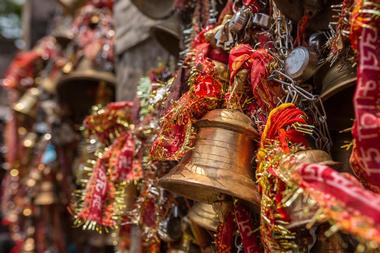 Parashakthi Temple in Pontiac, Michigan was established in 1999 as a spiritual destination for devotees from all over the US. The mission of the temple is to share the grace of Divine Mother with people so that they can experience the Divine. Primary temple Deity is Parashakthi Karumari Amman, Divine Eternal Mother. This temple is also known as Eternal Mother Temple and is designed as a pilgrimage in the West. Devi Navaratri or Dasara is the major event celebrating the Mother. The celebration lasts nine consecutive nights in the Month of Aswayujam, starting on the first and ending on 10th phase of waxing Moon. 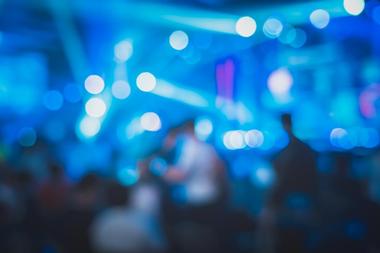 The Crofoot Presents is a private independent event promotion company located in Pontiac, Michigan. The Crofoot, together with its affiliated companies, produces every year over 750 live events such as concerts, corporate events, festivals and more. The Crofoot Presents specializes in matching events with the appropriate location and facility. The building known today as the Crofoot was built in 1830, at the center of the Pontiac’s then fast growing business district, the corner of Pike and Saginaw. It was also at the heart of Michigan’s first inland city, where the Saginaw Indian Trail, today Woodward Avenue, crossed the Schiawassee Indian Trail, today Orchard Lake Road.

Ultimate Soccer Arenas is an indoor soccer stadium in Pontiac, Michigan. It is one of the biggest full-size completely enclosed football arenas in the States with 72-foot tall ceiling. It has four AstroTurf pitches. Three of them are full-size pitch, while the 4th is an 85x47-yard pitch. The arena has 1,650 permanent seats, a restaurant, a coffee shop, a Soccer store and mezzanine level. The stadium was home of the Michigan Bucks of the USL Premier Development League, a minor-league affiliate of the Columbus Crew of Major League Soccer. It is also used by the Detroit Mechanix of the American Ultimate Disc League/ 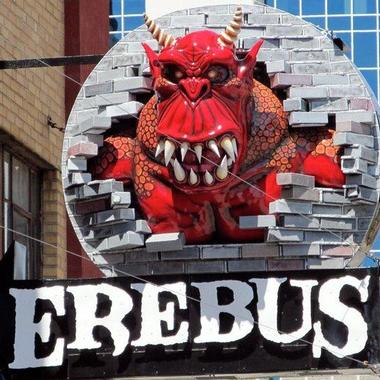 Erebus is a four-story 100,000 square-foot haunted house attraction in Pontiac, Michigan, open only on Halloween. From 2005 to 2009 it held the Guinness World Record for biggest haunted house attraction. The attraction opened its door in 2000 in an abandoned parking garage by Edward and Jim Terebus. Their events change from time to time but the main theme is sending patrons by scientists through time to different eras of history. They create scary situations by using actors, props, animatronics and huge puppets. In one of their big events, a six-foot dragon comes from the fog and eats the patron. Some of the other events use mirrors, a moving wall pushing patrons into a bottomless pit, or burying them alive. Erebus is not recommended for children under the age of 13. 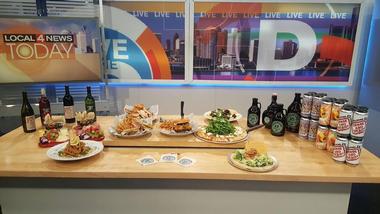 
Fillmore 13 is a brewery and restaurant in downtown Pontiac, Michigan. They serve a range of different lagers and ales brewed in-house in their seven-barrel system, as well as great brick oven pizzas, sandwiches and much more. The brewery is located in a former art gallery that had a few offices. The gallery has been painstakingly restored and transformed into a large open plan space with a bar and dining room. The offices are now home to the brew house and kitchen. The space seats about 100 guests and has a bar made from 200-year old barn wood, 30-year old taps found at an auction, handmade tabletops and beautiful blue lights above the bar made at the Glass Academy in Dearborn. 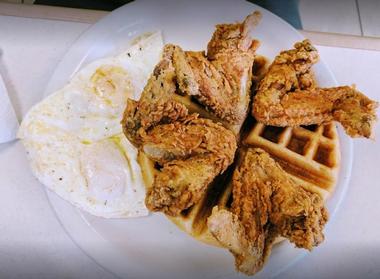 
Nick’s Corner is a cozy, unpretentious family style diner in downtown Pontiac, Michigan. The enormous menu features American cuisine and has just about anything a guest might wish. They use high quality ingredients such as Black Angus beef and freshly made breads for their sandwiches. Some of the most popular items on the menu are Reuben sandwich and grinder called Pontiac Special. The diner sells fresh hot soups and salads, burgers, pizzas, chicken, pork, fish and more but its sandwiches are the best-sellers. Nick’s Corner menu is available online. The breakfast is served whole day. 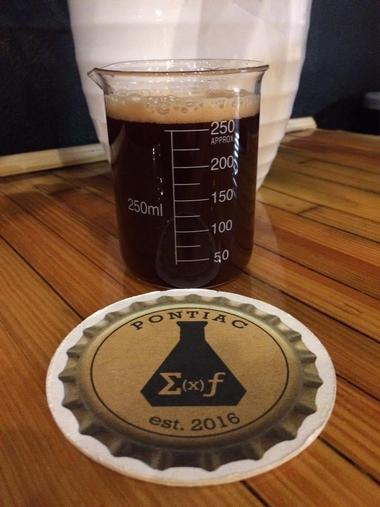 Exferimentation Brewing Company is a brewery and restaurant in downtown Pontiac, Michigan, serving house-brewed beers and creative street tacos. The brewery tap room is located in a large, industrial-style space with high ceilings, exposed brick walls, and cozy nooks with sofas and armchairs. The brewery uses experimental recipes that balance unique flavors with being palatable to regular craft beer drinker. Their beer is served in beakers and is brewed in-house, in the back room. The brewery offers its guests a large assortments of retro video games, board games and classic consoles. There are frequent live music performances.

7 Best Things to Do in Pontiac, MI

6 Best Things to Do in Troy, MI

25 Best Places to Visit in Michigan