5 Best Things to Do in Paradise, MI 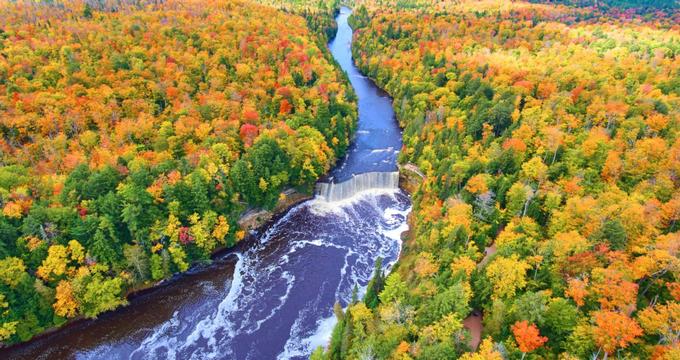 Paradise is a small town in Chippewa County, Michigan, on the northeastern part of Michigan's Upper Peninsula, on the Whitefish Bay, Lake Superior. Paradise is surrounded by parks and forests and a great starting point for visiting the Tahquamenon Falls area and Tahquamenon Falls State Park. The area is popular with hunters, fishermen, campers, hikers, snowmobilers and birdwatchers. Paradise celebrates a popular blueberry festival every summer. The shipping lanes on Lake Superior are a few miles off shore. Paradise is the main access point to Whitefish Point, a world migratory route that runs through the Seney National Wildlife Refuge. The birds are observed and studied by the Whitefish Point Bird Observatory. Near Paradise is the Great Lakes Shipwreck Museum located in the Whitefish Point Lighthouse. 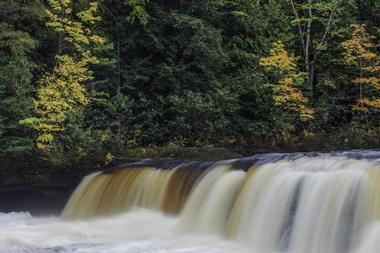 At 46,179 acres, the Tahquamenon Falls State Park is the second largest state park in Michigan. Most of the park is located in Chippewa County, near the town of Paradise, bordering the Lake Superior. The Tahquamenon River runs through the park and passes over Tahquamenon Falls until it spills into Whitefish Bay in Lake Superior. The Falls include one 50-foot drop, the Upper Falls, and a number of the cascades and rapids called the Lower Falls. Much of the park is wild and undeveloped but it has about 22 miles of hiking trails. Row boats and canoes can be rented to get closer to the lower falls. The upper falls can be accessed from the visitor center using a paved walking trail. The park has five campgrounds with 350 campsites. 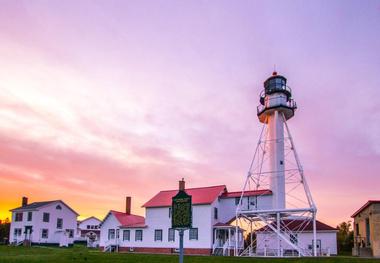 The Great Lakes Shipwreck Museum is located at the Whitefish Point Lighthouse near the town of Paradise in Chippewa County, Michigan. The light station property is owned by the Great Lakes Shipwreck Historical Society, the Michigan Audubon Society, and the United States Fish and Wildlife Service. The museum features a range of exhibits that are mostly artifacts salvaged from shipwrecks from the Whitefish Point Underwater Preserve. There is also the bell from the wreck of the SS Edmund Fitzgerald. Visitors to the museum can take a tour of historic lighthouse buildings , which feature displays that describe the history of the Great Lakes, US Coast Guard, and US Life-Saving Service. 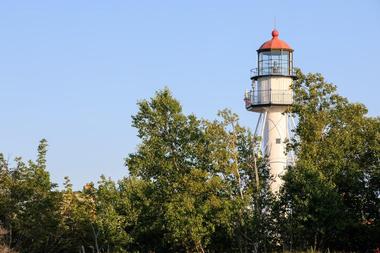 The Whitefish Point Light is a 23-meter high lighthouse in the Upper Peninsula of Michigan, near the town of Paradise. The construction of the lighthouse started in 1847, making it the oldest operating light on Lake Superior. It is possibly the most important lighthouse on the lake because all vessels entering and exiting Lake Superior pass the light. It is standing on the rocky southern lake shoreline known as the "Graveyard of the Great Lakes." This area has more shipwrecks than any other part of the lake. The lighthouse houses the Great Lakes Shipwreck Museum, which features artifacts from shipwrecks in the Whitefish Point Underwater Preserve, including the bell from the SS Edmund Fitzgerald. The light is considered iconic, and has an official Michigan Historical Marker placed in 1974. 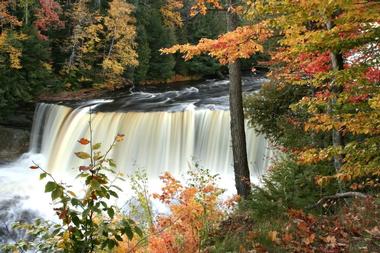 The Tahquamenon Falls is the name of two different waterfalls on the Tahquamenon River near Lake Superior in the Michigan’s eastern Upper Peninsula. The color of the water is visibly brown, from the tannin leached from the cedar swamps that Tahquamenon River drains. The color gave the upper falls the nickname "The Root Beer Falls". The upper falls are over 200 feet wide and drop about 48 feet. The lower falls are located about four miles downstream and consist of a series of five smaller falls that cascade around an island in the river. The island can be accessed by rowboat. There is a hiking trail between the falls that runs along the riverside. Visitors like to splash in the lower falls in the summer to cool off. The falls are located within Tahquamenon Falls State Park, between Newberry and Paradise, Michigan. 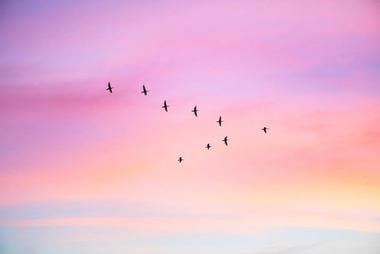 
The Whitefish Point Bird Observatory is located in Chippewa County, Michigan, next to the Whitefish Point Unit, the Seney National Wildlife Refuge. The observatory is a non-profit research and education facility of the Michigan Audubon Society. The Society and the Observatory have recorded more than 300 species of birds at Whitefish Point. The Observatory is part of a network of bird observatories in the Canadian Migration Monitoring Network. The observatory records and documents the bird population of the Great Lakes region by doing data collection, bird banding and research. Land and water of the Whitefish Point create a natural corridor for thousands of birds during spring and fall migrations. Golden eagles, merlins, peregrine falcons, boreal owls, red-throated loons, great gray owls, red-necked grebes, scoters, and jaegers are some of the birds that can be observed during migration.


5 Best Things to Do in Paradise, MI

5 Best Things to Do in Sterling Heights, Detroit, MI

10 Best Things to Do in Bloomfield Hills, MI