11 Best Things to Do in Battle Creek, MI 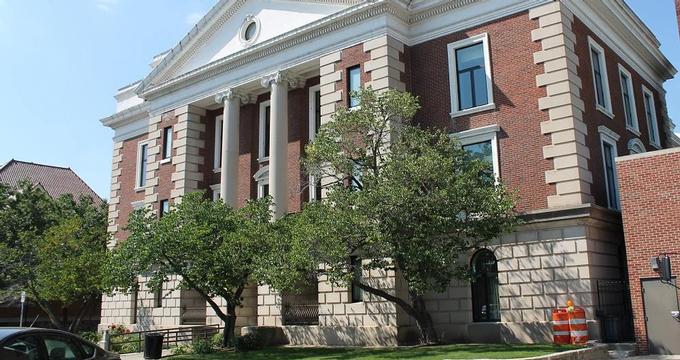 This city in south west Michigan is at the confluence of the Kalamazoo and Battle Creek rivers. It was settled in 1831 and by 1837 schools and industry had been established. It is possibly best known for being the home of the Kelloggs brothers who invented the 'corn flake'. Dr JH Kellogg ran the Battle Creek Sanitarium and his brother WK Kellogg, a businessman, promoted the 'corn flake'. He had an egalitarian philosophy and brought reform to working conditions and race relations. He left the bulk of his fortune to the Kellogg Foundation. C.W. Post, also from Battle Creek, invented 'grape nuts'. The city became known as 'Cereal City'. 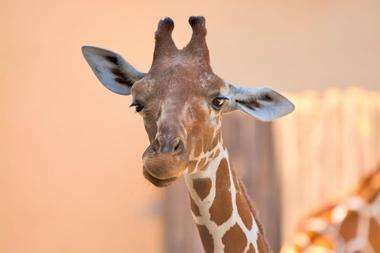 This park is one of the largest of its kind in Michigan. Many plant and animal species from around the world are found here. A 'conservation carousel' features popular wild animals. In the children's area, there is a petting zoo, which includes domesticated animals, such as sheep and goats. A train ride, interpretive center and viewing platform give visitors different perspectives of the animals. Away from the main zoo is an 18 acre Wild Africa cage-free enclosure where animals roam. The pedestrian trail that runs through it begins and ends at an African village that sells refreshments and souvenirs. The park is open from mid-April to mid-October. 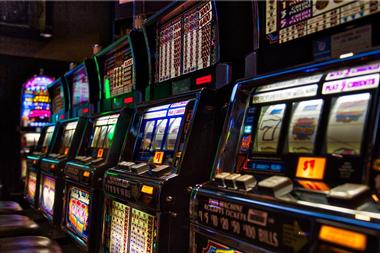 The casino complex was opened on 12/12/12 and attracts regular visitors from Michigan, Indiana and Ohio. The gaming floor covers 111700 square feet, housing 2900 slot machines, 70 live tables and rooms for poker and bingo. Restaurants and lounges provide ample refreshment. The 8-story hotel has 243 rooms, 26 of which are suites. The 2000 seat multipurpose event center can be used for trade shows, music concerts or banquets. Firekeeper's has a strong commitment to supporting the local community. To this end it has initiated income generating ventures and donated food, funds and accommodation to local businesses and charity organizations.

The man who discovered 'corn flakes' was a physician with a keen interest in promoting exercise and other forms of healthy living. The Discovery Center looks like a gym full of antique equipment. It houses a few of his medical inventions and some of those designed by others that he recommended. These include hydrotherapy baths and foot massage machines. Some of his inventions were installed on the ill-fated Titanic. Dr Kellogg's contribution to the breakfast cereal industry is also well documented. The Discovery Center is one of several exhibition buildings in the Historic Adventist Village.

The Kingman Museum showcases collections and exhibits on the topics of natural history, astronomy, earth science and cultures of the world. It is owned and operated by the public school system. The first collections date back to the Civil War. Edward Brigham who became the first director of the museum from 1906 to 1943, oversaw the construction of the museum building in 1933. His son, Edward Brigham Jr, succeeded him as director, until 1969. The museum is open on weekends and admission is free. There is a fee to attend the planetarium presentations and night sky talks. 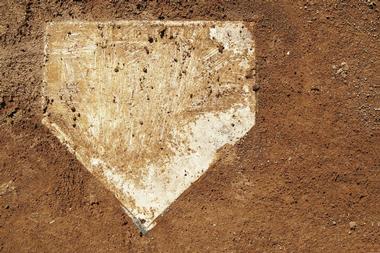 
This baseball park is situated within Baily Park. It was built in 1990 as the home of American Amateur Baseball Congress (AABC) tournaments. It was named after Cooper Othniel Brown, a local baseball entrepreneur who became the first president of the AABC. It is currently the home of the Battle Creek Bombers and has a seating capacity of 2193. It also is home to Michigan's largest outdoor sports bar. There are picnics and playgrounds in the park and the venue is available for hire. 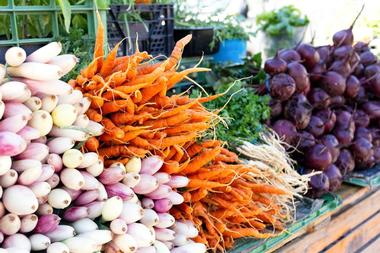 
The farmer's market has been in operation since the late 1800s. In the 1980s, the farmers' association took over the running of the market and in 2015 opened the new Market Square. The market operates on Wednesdays from 9 am to 2pm and on Fridays from 3-7pm. Goods on sale include fresh produce, bake goods, preserves and dairy products. There is plenty to eat from the food truck and vendor stalls. All arts and crafts are made locally from local materials. 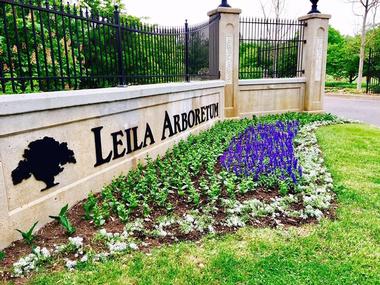 The arboretum was established in 1922 on land donated by Leila Post Montgomery, the widow of the late cereal magnate C.W. Post. The land formerly belonged to the country club. The Kingman Museum is a strategic partner and is situated in the grounds of the arboretum. There are over 25000 plants, including 3000 labeled trees, in six European-style gardens. The trails, labyrinth and sculpture gardens add further interest. There are free concerts, weddings and various other events held on the premises. The gardens are open between June and September each year. 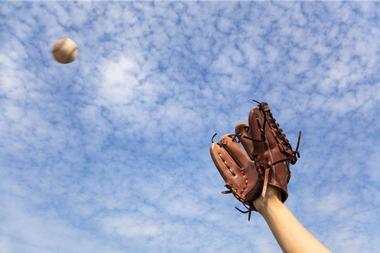 “The Red” or “Skeeters' as this baseball club is known, play in the Northwoods League within the Collegiate Summer baseball league. They entered the league in 2007 and were joined by local rivals, Kalamazoo, in 2014. In 2011, the team hosted the Northwoods League Championships on their home ground, C O Brown Stadium and were inspired to win the tournament. The club's mascot is 'Moe Skeeter' and he has lent his name to Moe's Kids' Club. The club has three educational outreaches:- a reading program based on a baseball game, the Reading Day Game and Education Day, an exhibition of S.T.E.M. topics.

9.Clara's on the River 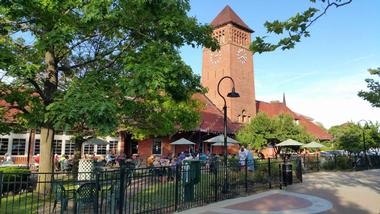 © Clara's on the River

Clara's restaurant is situated in the former Michigan Central Train Station building, with its enormous watch tower and two foot thick walls. The building was built in 1888 when railways were the premier mode of transport. The 11000 square foot interior is fitted out with antique furniture and Tiffany stained-glass lamps. It has once again become a community landmark after a decade of abandonment and neglect. The “everyman's restaurant” hosts mellow music events from Wednesday to Friday evenings. In good weather, the jazz bands play on the patio, overlooking the riverside gardens. 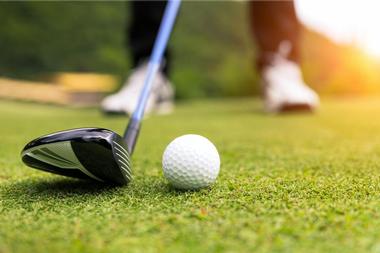 The club was started when community members built a 9 hole golf course, caddie house and pro shop. Another 9 holes and a clubhouse were added on the land that is now the Leila arboretum. Additional land was purchased for an 18-hole course. The family home of C.W. Post was used as the clubhouse until the new premises were completed in 1966. Several famous golfers such as Arnold Palmer and Gary Player have played on the course. The club offers members golf, tennis and a gym. The Gojuac lakefront affords opportunities for mooring, boating and swimming. The outside dining area overlooks the lake. 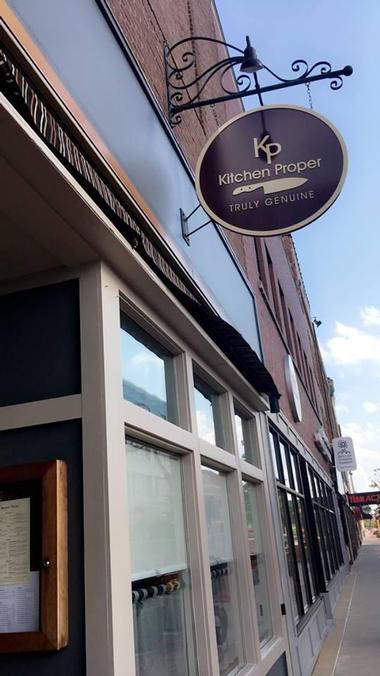 Food brought husband and wife team, Anthony and Sarah, together. They opened the Kitchen Proper restaurant in order to share their passion with others. The restaurant is described as an urban eatery with a rustic flare. They serve locally sourced food, fresh in season, consequently the menu changes often. Fine wines and crafted beers accompany the meals made from scratch. Menus for private functions and other special events are customized for each occasion.

11 Best Things to Do in Battle Creek, MI

5 Best Things to Do in Ontonagon, MI

5 Best Things to Do in Chelsea, MI