Things to Do in Massachusetts: Norman Rockwell Museum in Stockbridge 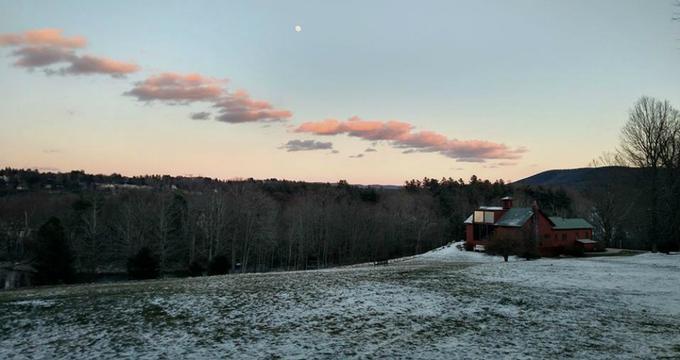 Located in Stockbridge, Massachusetts, the Norman Rockwell Museum incorporates art and American history into one beautiful structure. Dedicated to the Late Norman Rockwell, the museum stands as a testament to his work and art. Norman Rockwell was a well-known painter famous for his depictions of life in early American society. His paintings reflect the times and struggles caused by the Second World War. The museum is currently the place where most of the famous painter's artwork is stored.

Founded in 1969, the museum houses over five hundred pieces of his artwork, which visitors can view on their tour of the museum. In addition to his paintings, the museum takes its visitors down memory lane and gives them a glimpse of the famous painter’s life through a vast collection of items belonging to him. These valuable artifacts range from rare photographs to contracts that Norman signed when he was commissioned for his work. The museum also showcases Norman’s enormous fanbase and the many fan-made memorabilia that was sent to him when he was still alive. The museum aims to give art and history lovers a chance to assess the creative works of someone who lived during the World War era.

The Norman Rockwell Museum allows visitors to view some of the most safeguarded pieces of art from the 19th century. When the museum was built, it’s aim was to give its visitors and patrons a sense of community learning and respect through witnessing the humanistic side of people, even in times of distress, as portrayed by Norman Rockwell himself.

The museum serves as an art lover’s paradise, offering a host of different sights in which visitors may lose themselves. The museum is sure to instill in its visitors feelings of awe and wonder as they indulge in the numerous exhibits and paintings on offer here.

One of the must-visit places of the museum, and one of the most important, is Norman Rockwell’s Studio. The studio was used by the famous painter at the end of his career and is where he created most of his more iconic pieces. The studio is also the place where Rockwell took his final breath, in the midst of one of the things that he loved the most. The studio was not a part of the original structure of the museum, but was in fact located just a few miles away, at Rockwell’s home, but was transported to the museum to become one with his works after his demise. The museum has, in fact, kept the studio the same way as he left it, so as not to taint the sanctity of this important place.

The museum houses some of Rockwell’s most iconic and famous paintings and some of the pictures shown here were commissioned for magazine covers and numerous novels that were published during the World War. The portrayal of American lives during that stressful time is what drew publishers to Rockwell’s work. The museum has some of the originals and the final art pieces that he has published during his life.

Another important place to visit on your trip to the museum are the archive, which houses thousands of documents about Norman Rockwell’s life. The archive also serves as an excellent research center for those looking to explore the aspects of the famous painter's life as well as for those who want to get a closer look into the life of an artist during World War II

The Norman Rockwell Museum is located extremely close to where Norman spent the last 25 years of his life, which means it holds an even greater significance for the artist's life. The museum regularly hosts numerous events and talks, giving visitors more insight into the museum and the artworks therein. The museum has events happening all the year around.

This year, the museum plans to delve even further into some of Norman’s more famous artworks, like “Reimagining The Four Freedoms” by teaming up with New York’s Capital Art Supervisors. This exhibition occurs annually, where students present their artwork depicting their understanding of Norman’s well-known works.

Back to: Massachusetts things to do

Things to Do in Boston, Massachusetts: Boston Public Library

Things to Do in Boston, Massachusetts: Boston National Historical Park