Things to Do in Cambridge, MA: MIT Museum 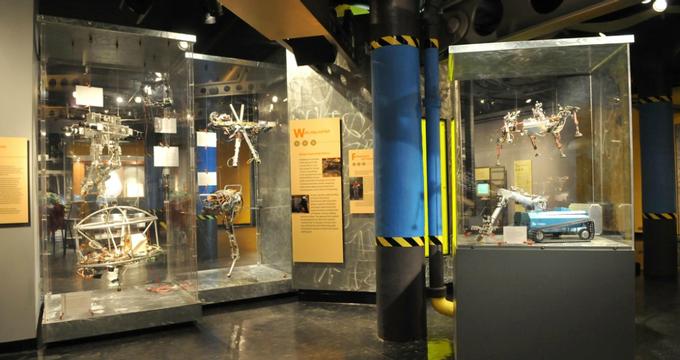 The MIT Museum in Cambridge, MA showcases science and technology innovation at MIT and presents these innovations to the visitor in ways which explore the integration between the university’s research, teaching and scholarship, and society at large. The museum is home to a variety of permanent collections, which are at the core of all their exhibits and programming.

The collections consist of over one million prints, books, objects, papers, photographs, films, drawings, and the world’s largest collection of holograms, which represent the work done by students and faculty from the university’s founding in 1861 through the present day.

Permanent collections are separated into categories, which include architecture and design, naval technology, holography, and science and technology, among others. The Martin Klein collection, for example, contains over 4,500 artifacts and archives related to 1962 graduate Martin Klein’s study of side scan sonar and related technology. Klein was a pioneer in this field, and parts of his collection, as well as others, are also available online.

Some of the permanent collection is on permanent exhibition. The Hart Nautical Gallery, for example, showcases ocean engineering’s evolution at MIT from the early 20th century through the present day. A collection of ship models, dating back to 1924, is a main feature of this exhibit, which showcases the university’s innovations in naval engineering. Robots and Beyond is another of the permanent exhibits and pays homage to innovations in artificial intelligence and robotics. MIT is home to the first artificial intelligence research group, which began its studies in 1959. Now the leader in AI research, the campus’ largest lab is CSAIL, the Computer Science and Artificial Intelligence Lab.

The MIT Museum was founded in 1971 as the MIT Historical Collections. In 1980, the museum was renamed and its current mission was established, which focuses on the societal impact of university developments in science and technology. Popular community outreach programs include the Friday after Thanksgiving Competition and the Cambridge Science Festival. The F.A.T. competition has been going on for close to 20 years. Teams construct chain reaction machines on tables in the MIT gymnasium, and upwards of 2,000 people attend each year. The Cambridge Science Festival has been an MIT Museum event for over 10 years and celebrates annually the contributions of science, technology, engineering, art, and math to the lives of all.

Both self-guided and guided gallery tours are available for visitors and groups. Group tours must be booked at least two weeks in advance, and a museum educator will work with your group to tailor the tour according to the group’s needs. Public programming includes hands-on workshops, talks, performances, and more. Programming is offered for all ages. Both/And is an ongoing performance of a one-act play on quantum physics. The play was written to complement the museum’s ongoing quantum physics exhibit Cosmic Bell. Spring into Science is an ongoing program that takes place each Saturday through the spring and allows MIT students to “show and tell” about projects they are currently working on. Hands-on workshops are scheduled to relate to current museum exhibits. Currently, the Robotics Engineering workshop allows visitors to build simple robots out of Lego, while the Fish-N-Ships workshop has participants designing, building, and testing mechanisms for ship propulsion.

Traveling exhibitions aim to show the interdependence of current research at MIT and around the world. The upcoming exhibition, The Beautiful Brain, is on a visit from the Frederick R. Weisman Art Museum and the Cajal Institute in Madrid, Spain, and will be the first United States appearance of the drawings of Santiago Ramo´n y Cajal. Ramo´n y Cajal won the Nobel Prize in 1906 for his breakthrough discoveries on the anatomy of the brain. The exhibit pairs his historical drawings with contemporary renderings of the brain by MIT researchers and others. Notable past exhibits include Hidden Heroes: the Genius of Every Day Things, which showcases the extraordinarily efficient design of everyday objects such as zippers, shipping containers, light bulbs, and paper clips. The exhibit offered a fresh look at the role of design in everyday life and explored how MIT is at the forefront of innovations that make daily life easier and more efficient.

Today’s museum building serves as the centerpiece of the University’s Kendall Square Initiative, a community project conceived to revitalize the university neighborhood of Kendall Square in Cambridge. Both the institute and the City of Cambridge have been working closely with each other to develop affordable housing, retail, dining, and open community spaces for those who work in, study in, and visit Kendall Square.

Back to: Best Things to Do in Cambridge, MA