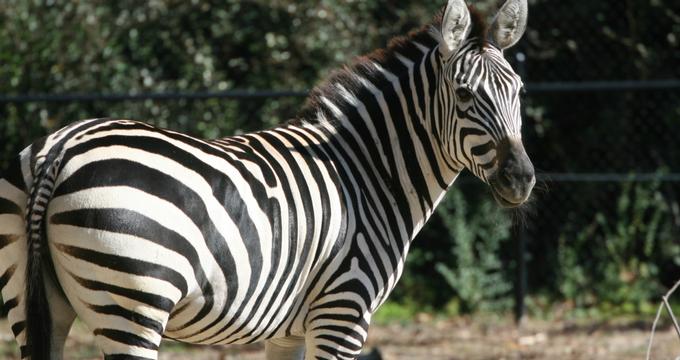 Located in Boston, Massachusetts, the Franklin Park Zoo is a 72-acre wildlife habitat housed within the Emerald Necklace park system. Along with the Stone Zoo in Stoneham, the Franklin Park Zoo is part of the nonprofit network Zoo New England, which aims to foster conservation through research and educational programs, offering Massachusetts families an opportunity to experience the natural world in an up-close and personal setting.

Original blueprints for the zoo, which opened on October 4, 1912, were included as part of designer Frederick Law Olmstead’s overall plan for Franklin Park. While Olmstead’s original concept was to avoid the traditional zoo structure of exhibits and incorporate natural habitats within the landscape of the park, financial and maintenance troubles during the Great Depression and World War II shifted the zoo to a more conventional format. A children’s zoo was added in 1962, which became the zoo’s most popular exhibit after renovations and expansions in 1984. In 1991, Zoo New England acquired the facility, introducing a number of new exhibits throughout the next decade, which revived the zoo’s attendance and invigorated its presence as a cultural destination in Boston.

The zoo is divided into eight major exhibit areas, featuring over 220 species of wildlife from around the world.

The Bird’s World exhibit is the zoo’s oldest exhibit, with its main aviary structure still intact as it stood at the park’s 1912 opening. Inside, visitors can meet bird species from around the world, such as the great Indian hornbill, Australia’s tawny frogmouth, and the kea, the world’s only alpine parrot. Insects and reptiles, such as the Madagascar hissing cockroach and the blue-tongued skink, fill out the exhibit’s natural habitats. Outside the building, a flight cage allows patrons to see the birds in action, while an exhibit of Chilean flamingos provides color and flair.

Serengeti Crossing is a 4-acre grassland enclosure that opened in 1997. Visitors can view ostriches, warthogs, and crested porcupines alongside the iconic stripes of Grant’s zebras in this recreation of the African savannah terrain.

The 1997 opening of Kalahari Kingdom brought African lions back to the park for the first time in decades, which visitors can safely meet up close through a unique “crashed” Land Rover viewing platform. The exhibit also features two kori bustards, one of which was received as a gift from the Smithsonian National Zoo and hatched from an egg on site in 2003. Adjacent is the Tiger Tales exhibit, which is home to two tigers, Anala and Luther, who were rescued from illegal ownership and brought to the park by the U.S. Fish and Wildlife Service.

The seasonal Butterfly Landing is an outdoor tented space filled with more than 1,000 butterflies in free flight. Gardens and ponds create a peaceful atmosphere for visitors to watch and interact, and an activity corner offers tips on how to create a personal butterfly garden. Also opened in 1998 is the Outback Trail, which takes visitors on a trip down under to view kangaroos, emus, and kookaburras. The Giraffe Savannah, opened the following year, is a free-roaming habitat for Masai giraffes.

In addition to the eight main exhibits, the popular Children’s Zoo area offers free play adventures for young visitors. Unique playgrounds such as the Bamboo Climber and Eagle’s Nest allow children to roam and explore structures that mimic the landscapes of natural animal habitats. Additionally, the area houses a number of small animal “neighborhoods” from diverse ecosystems, enabling children to meet red pandas, Asian deer, and prairie dogs up close.

The park offers several more interactive attractions for an additional fee, including camelback rides and the budgerigar and parakeet feeding zone Aussie Aviary.

Zoo New England is committed to natural habitat preservation and conducts a variety of conservation programs dedicated to protecting New England wildlife. At an exhibit inside the Children’s Zoo, visitors can meet hatchlings from the Blanding’s Turtle Project, a safe hatching project conducted annually at the Stone Zoo. The zoo’s Quarters for Conservation Program works in conjunction with the Neponset River Watershed Association to ensure clean, safe drinking water for more than 160,000 people in the greater Boston area. Additionally, Zoo New England’s work with a number of national organizations, including FrogWatch USA, the Association of Zoos and Aquariums' SAFE Initiative, and the Karner Blue Butterfly Habitat Restoration Project, aims to ensure protection of threatened species that are vital to global ecosystems.

Youth and families can enjoy a number of educational and interactive programs throughout the year, including the popular Breakfast with the Animals mornings and the Snoarin’ Roarin’ Sleepover overnights.

More Things to Do in Boston

Things to Do in Boston, Massachusetts: Boston National Historical Park