10 Best Things to Do in Towson, MD 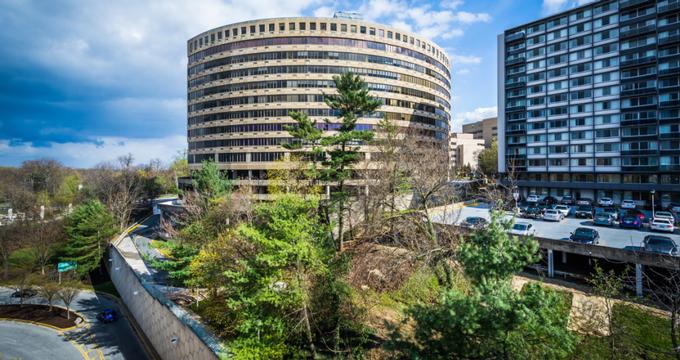 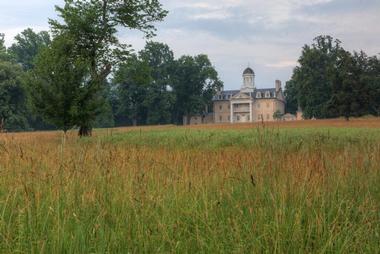 Hampton National Historic Site preserves portions of the 18th-century Hampton Mansion, located just north of the city of Towson in Baltimore County. The estate served as the home of the Ridgley family for seven generations between the 18th and 20th centuries and was the largest private home in America at its completion. Today, it is considered to be one of the nation's finest preserved examples of Georgian architecture, showcasing a preserved manor house, gardens, and original intact stone-constructed slave quarters. The site was selected as a National Historic Site in 1948, the first site of its kind to be selected by the National Park Service. Visitors can tour the site's buildings and grounds throughout the week as part of self-guided tours during daylight hours. 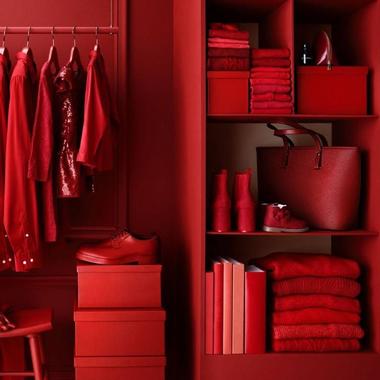 Towson Town Center is one of Maryland's largest indoor shopping malls, originally constructed as an open-air mall in 1952. Since its enclosure in 1973, the mall has been the home of anchor stores like Macy's and Nordstrom. Popular national retailers include Abercrombie and Fitch, Sephora, Tiffany and Co., and J.Crew. Specialty stores include health and beauty favorites like Aveda and Lush, home favorites like Pottery Barn, and family retailers like The Children's Place. Since 2007, the mall has also been home to a major Main Street-style exterior shopping center, which is home to dining destinations like the Cheesecake Factory, along with flagship retailers such as Crate and Barrel. 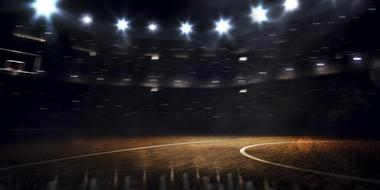 SECU Arena is the main sporting complex and multipurpose arena on the campus of Towson University, opened to the public in 2013 to replace the former Towson Center. The 5,200-seat multipurpose arena is the host of events throughout the year for the university's men's and women's basketball, volleyball, and gymnastics teams, along with other special events connected to the school's sporting programs. It has been awarded LEED Gold certification for its environmentally-friendly programming and features. Visitors can watch games in luxury at the arena's 340 club seats or reserve four deluxe private suites, which offer top amenities. The venue also serves as a major concert venue throughout the year, hosting musical artists such as the Backstreet Boys and traveling theatrical groups like the Harlem Globetrotters.

4.The Shops at Kenilworth 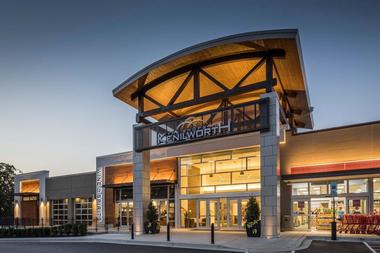 © The Shops at Kenilworth

The Shops at Kenilworth are one of Towson's premiere shopping and dining destinations, home to over 30 specialty stores and restaurants. The mall, which was opened in 1979 as the Kenilworth Bazaar, is the home of the Baltimore area's flagship Trader Joe's location, along with favorite retailers like J.Jill, South Moon Under, and Radcliffe Jewelers. Visitors can enjoy facials, massages, and nail treatments at About Faces Day Spa and Salon, peruse boutiques like Amaryllis and Ashley's Sweet Beginnings, or explore seasonal pop-up shops like Cozy Shack. Dining destinations include favorite national chains like Atwater's, along with local selections like Italian Gardens Restaurant. 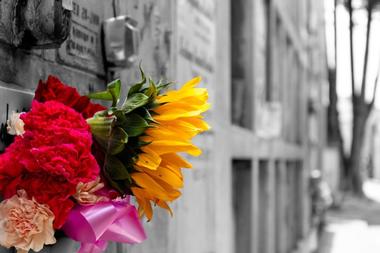 
Prospect Hill Cemetery is the site of the gravesite of well-known actor, performer, and drag queen Divine, named as People magazine's "Drag Queen of the Century." The actor has become a cult figure within popular culture and LGBT circles. Following his death in 1988, his gravesite has become a major pilgrimage site for pop culture devotees, especially fans of his collaborative work with Baltimore filmmaker John Waters, best known for the film Hairspray. Visitors can view the gravesite at the Towson-area cemetery, which is easily accessible via Interstate 695. Photo opportunities are permitted at the cemetery during daylight hours throughout the year. 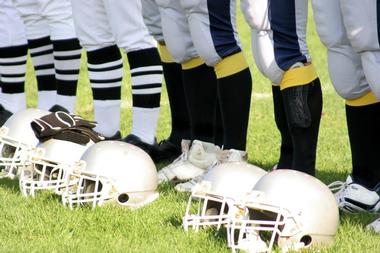 
Johnny Unitas Stadium is a multipurpose sporting stadium at Minnegan Field, originally opened in 1978 as Towson Stadium. The gorgeous stadium is named in honor of Baltimore Colts' Hall of Fame quarterback Johnny Unitas, who passed away in 2002 while working with the university to develop the venue. Today, the venue can seat over 11,000, showcasing amenities like full-service concession stands, modern ticket booths, a luxurious four-tier pressbox, and a field house. Visitors can attend home game for Towson University's football, lacrosse, and track and field teams at the New Unitas Stadium, including NCAA Division events and regional championships. Private special events can be hosted at the Minnegan Room, which offers top views and can accommodate up to 200. 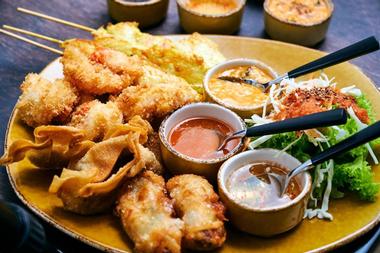 Spice and Dice Thai Restaurant serves up some of the Baltimore area's best Thai cuisine, located in Towson since 2011. The family-operated restaurant is known for its generous portions of traditional home-cooked Thai favorites crafted with imported spices and fine ingredients. Nearly all dishes can be prepared vegetarian or vegan upon request. House specialties include favorites like gang kiew wan, pad panang, pla chu chee, and basil fried rice, while appetizer selections range from sweet chili spring rolls to chicken satay skewers. Guests can bring their own bottles of wine or craft beer for a corkage fee. Live jazz performances are presented each Tuesday and Wednesday evening. 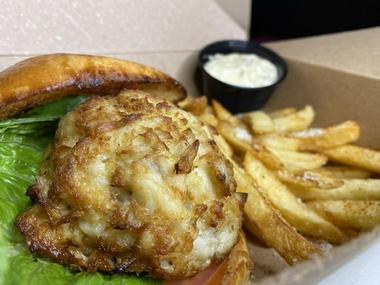 Towson Tavern is a delicious scratch kitchen named in honor of the region's Colonial-era favorite of the same name, which was operated by Ezekiel Towson in the 1760s. The restaurant, which opened in 2012, serves up an ever-evolving menu of unique New American fare crafted with high-quality ingredients. It is helmed by Brian and Scott Recher, the owners of the adjacent Rec Room and Torrent Lounge, and showcases the culinary talents of executive chef Becca Hindman. Diners can choose from unique seasonal and local fare like steak au poivre in brandy cream sauce, Chesapeake Bay crab mac and cheese, pork marsala, and portabella mushroom cap pizza topped with housemade ratatouille. An extensive craft beer selection is complemented by a list of premium wines and spirits. 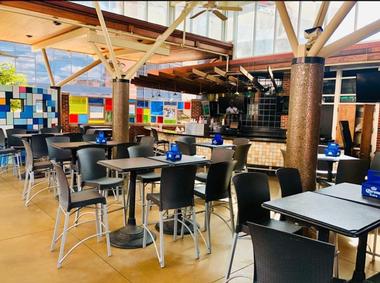 The Rec Room is a family-owned grill and patio located in the heart of Towson's town center, serving up some of the Baltimore area's freshest seafood favorites. The restaurant, which was opened in 1999 as the Recher Theater concert venue, prides itself in creating a friendly atmosphere for diners of all ages. Diners can enjoy delicious American tavern fare served up throughout the week, ranging from craft burgers to classic shareable appetizer favorites. Large-screen televisions broadcast top sporting events throughout the week. Visitors can also take in regional and national music acts throughout the week at the rebranded Torrent Nightclub, located adjacent to the restaurant's dining space. 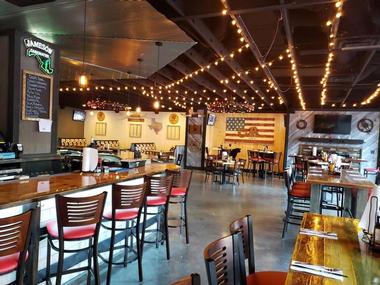 C&R Pub is an all-ages country pub designed as a community gathering space, showcasing live music performances, country line dancing nights, and other special events throughout the week. The lively pub serves up an excellent selection of draft, bottled, and canned beers from around the nation, along with an extensive bourbon list and a selection of premium wines on tap. House specialties on the menu include the restaurant's famed rotisserie chicken, while unique appetizer selections include favorites like buffalo sprouts, ranchhead nachos, and gator bites. Nightly specials include prime rib nights and game night specials.

10 Best Things to Do in Towson, MD