12 Best Things to Do in Thurmont, MD 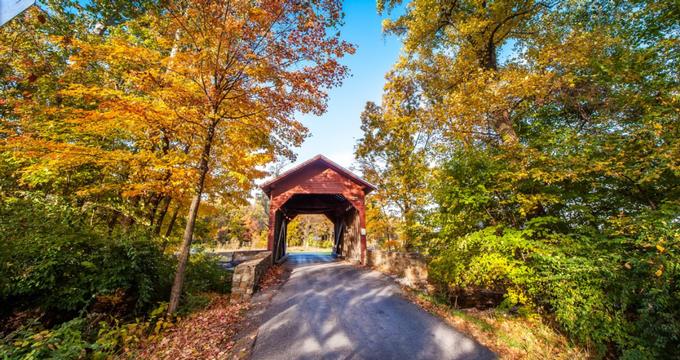 Thurmont is a lovely town in Frederick County, Maryland, located just 10 miles south of the state's Pennsylvania border near the city of Frederick. The city is best known as the home of prestigious Camp David, a major retreat for all United States Presidents throughout the 20th and 21st centuries. Visitors can enjoy excellent outdoor recreational opportunities at areas like Catoctin Mountain Park and Cunningham Falls State Park, which sit on the side of beautiful Catoctin Mountain. Each year, the city hosts the delightful Catoctin Colorfest arts and crafts festival, which draws more than 125,000 attendees each year. 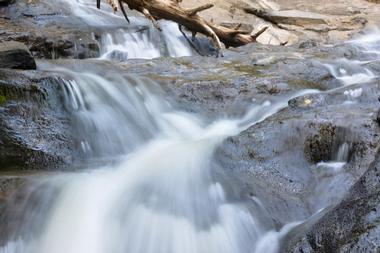 Cunningham Falls State Park is a lovely state park near the city of Thurmont, best known as the home of its namesake falls, Maryland's largest cascading waterfall. The park is one of several protected park areas on the face of Catoctin Mountain, along with neighboring Catoctin Mountain Park and Frederick Municipal Forest. Abandoned pioneer-era structures and natural wonders can be seen preserved throughout the park, including an abandoned iron mine and the ruins of the third Catoctin Iron Furnace, operated throughout the mid-19th century by Jacob Kinkel. A 43-acre manmade lake offers opportunities for swimming, boating, and fishing throughout the year, while Big Hunting Creek serves as one of Maryland's premiere trout fishing destinations. Other recreational opportunities include chances for hiking, hunting, and camping throughout the year. 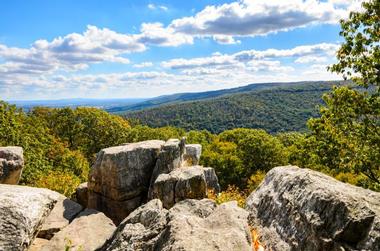 Catoctin Mountain Park is a gorgeous National Park Service-operated park located adjacent to Cunningham Falls State Park, stretching for eight square miles on the face of Catoctin Mountain. The park showcases some of the Monocacy Valley's most beautiful panoramas and natural wonders, ranging from sparkling streams to views of the stunning Catoctin Mountain range. Many of its historic structures were developed by the Civilian Conservation Corps in the 1930s as part of Great Depression-era civic projects. Visitors can enjoy excellent opportunities for trout fishing, hiking, horseback riding, rock climbing, and cross-country skiing throughout the year. The park is also home to the internationally-famed Camp David presidential retreat, which is not open to the public. 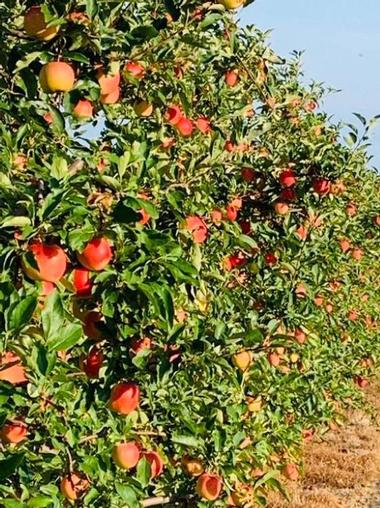 Catoctin Mountain Orchard was founded in 1948 by Harry Black and Iran Kelbaugh, located along Maryland Route 15 just north of the city of Thurmont. The farm and orchard facility, which stretches across 100 acres, produces a wide variety of fruits and vegetables throughout the year, ranging from apples, cherries, and peaches to kiwi berries, nectarines, and black raspberries. All produce is cultivated to take advantage of the rich soil composition and terroir of the Eastern Appalachian range. An open-air market has been operated since 1983, selling produce throughout the year in season in a temperature-controlled environment. A cut-your-own-flowers area is also offered, along with a family-friendly playground and a bakery selling home-cooked baked goods. 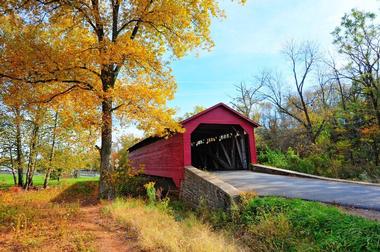 Loys Station Covered Bridge is a charming king-post wooden covered bridge located near the city of Thurmont, originally constructed in 1848. The bridge is named for a nearby historic Western Maryland Railroad Station, which once stopped near the city of Loys. In 1978, the bridge was listed on the National Register of Historic Places. Though the bridge burned to the ground in 1991 due to arson, it was rebuilt using surviving framing and maintains its historic character today. The new bridge has been modified to include a pier at the center of its span, which crosses over picturesque Owen's Creek. 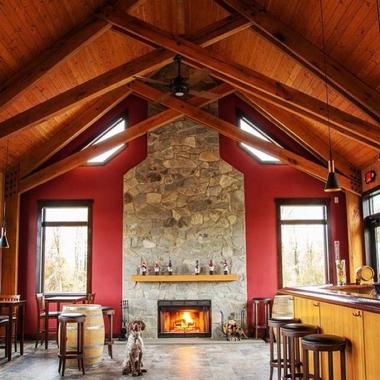 
Catoctin Breeze Vineyard and Winery is an award-winning winery known for its high-quality Cabernet Franc varietals, which received the Best in Show designation at the 2018 Maryland Governor's Cup. The winery, which first harvested in 2012, is a family-owned operation located atop a hill overlooking the panoramas of the Catoctin Mountains and the Emmitsburg Valley. Visitors can stop in at the winery's public tasting room, which is open throughout the week and serves up tasting flights and samples. Private tastings and tours are available for groups of six or more with advance reservations. Guests are welcome to enjoy purchased bottles of wine on the winery's gorgeous pet-friendly grounds, which overlook its vineyard plantings. 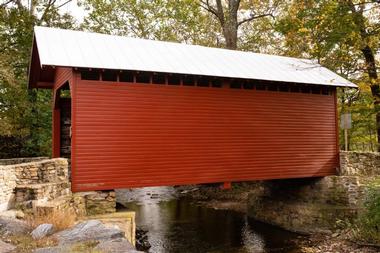 
Roddy Road Covered Bridge is Maryland's shortest covered bridge, stretching for a length of 39 feet, four inches. The bridge is the state's only single king-post truss bridge, sitting at the corner of Roddy Road and Roddy Creek Road near United States Route 15 and the city of Thurmont. It was originally constructed sometime around 1850 and is believed to have been connected to Confederate General JEB Stuart during the American Civil War's Gettysburg campaign. In 2011, the National Historic Covered Bridge Program began rehabilitations of the bridge to return it to its historic condition, but in 2016, the bridge was heavily damaged by an oversized truck crash. An entirely new replica of the bridge was constructed in 2016 and can be traveled over today, showcasing lovely views for motorists. 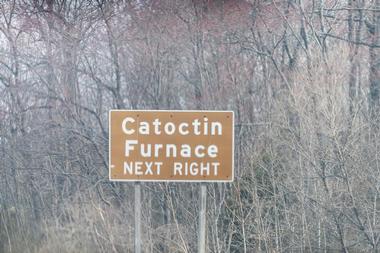 Catoctin Furnace is an historic iron forge located within Cunningham Falls State Park, originally constructed in 1774 by brothers James, Baker, Roger, and Thomas Johnson as a facility for the production of pig iron from locally-mined hematite. The furnace famously supplied ammunition during the American Revolutionary War and is believed to have created plates for the USS Monitor. Three furnaces have been operated at the site, including the current furnace structure. Though the furnace ceased operation in 1903, its remains can be explored as part of self-guided walking tours with maps available from the park's visitor center. It is protected through the efforts of the Catoctin Furnace Historical Society, which celebrates the history of the region's pre-revolutionary industrial village. 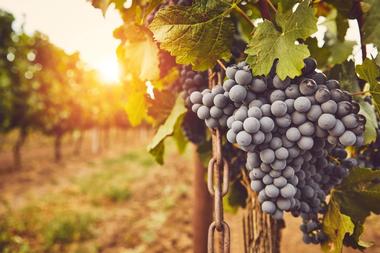 Links Bridge Vineyards has been crafting small-batch estate wines for nearly a decade from premium grapes grown along the banks of the scenic Monocacy River. The winery is located just north of the city of Frederick at the site of beautiful Old Links Bridge. It has been owned and operated by Joan Cartier and Robert Thompson since its founding and is inspired by the farming operations of its neighboring properties. Visitors can sample wines at the winery's tasting room throughout the week and try delicious wine varietals, including high-quality signature Cabernet Franc, Chardonnay, Merlot, Petit Verdot, and AlbariÃ±o wines. Wine flights allow for comparing and contrasting of wine styles. Sample fees are waived for those who purchase two or more bottles of wine to go. 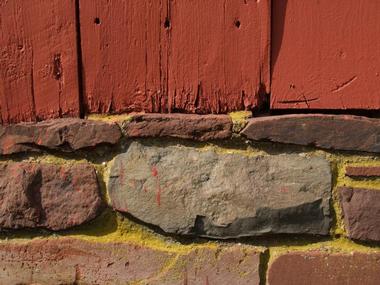 Utica Mills Covered Bridge is a National Register of Historic Places-listed covered bridge that was constructed as early as 1843, originally known as the Devilbiss Road Covered Bridge. The bridge was washed away in 1889 following the disastrous Johnstown Flood and reconstructed along Utica Road two years later, spanning the distance over Fishing Creek. It still showcases tumber from the original bridge, which earns it its historic designation. A major rehabilitation of the bridge in 1996 increased the bridge's load limit to 15 tons. Today, it remains one of Frederick County's only three rehabilitated historic bridges, along with Roddy Road and Loys Station Bridges. 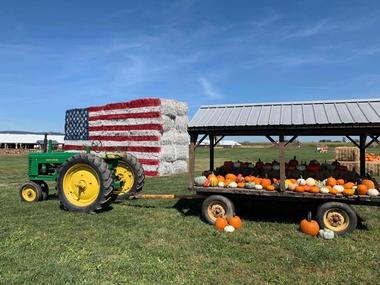 Lawyer's Winterbrook Farm is a second-generation farm producing thousands of bales of hay each year for local horse farms in the Frederick, Maryland region. The farm, which was founded by married duo Jan and Kristen Lawyer, is best known for its annual harvest corn maze, which has been cultivated each year since 2000. For over two decades, the unique maze has been developed in conjunction with independent maze design company Mazeplay, incorporating a map and checkpoints along its route. Today, the farm and annual maze are operated by Jan's daughter and son-in-law Taylor and Brandon Huffman. Its annual operations raise funds for local charities, including cancer research and treatments dedicated to Jan's memory.

The Shamrock Restaurant is a delightful family-owned restaurant serving up affordable fine dining options throughout the week in Thurmont, just 15 miles north of Frederick's city center. The restaurant was originally opened in the 1930s by the Fitzgerald family and remains a family business today, drawing on the family's Irish heritage and traditions. Today, it serves up family-friendly menu options in the shadow of the Catoctin Mountains, served up in a dining room with Irish-themed decor. House specialties include traditional jumbo lump crab cakes, Maryland crab soup, and other Chesapeake Bay seafood specialties. Traditional Irish dishes also feature prominently on the menu, served up alongside certified Angus beef steaks, Eastern Shore soft-shell crabs, and fresh-fried oysters. 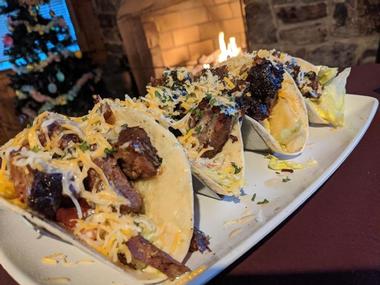 Bollinger's Restaurant was founded in 1946 by Eva Bollinger, the owner of local favorite Bollinger's Dairy, known for its high-quality bottled milk, dairy products, and ice cream. The restaurant was known as a popular community gathering spot throughout the Frederick area during the mid-20th century, before its closure in 1970. It was reopened a year later by the family's oldest son and remains in the Bollinger family today, serving up delightful soups, sandwiches, and small talk throughout the week at breakfast, lunch, and dinner. Diners can choose from excellent dinner options like fine steaks, shrimp and clam baskets, and pit-roasted barbecue entrees or share plates of buffalo wings with creative sauce options. Breakfast selections range from clever three-egg omelettes to inventive waffle and French toast platters.

12 Best Things to Do in Thurmont, MD