5 Best Things to Do in Sharpsburg, MD 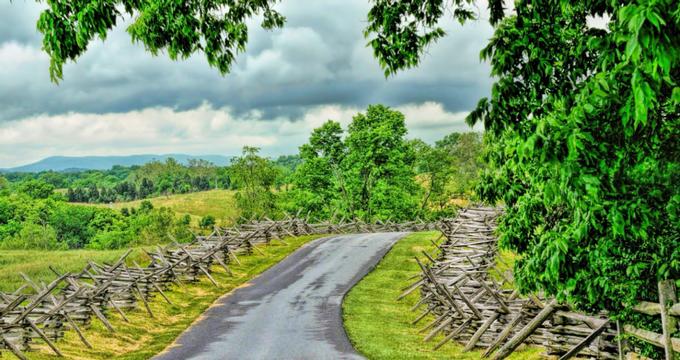 Sharpsburg is a lovely town in Maryland that is best known as the home of the preserved Antietam National Battlefield, a National Park Service unit preserving the site of one of the bloodiest battles of the American Civil War. Visitors can explore a plethora of National Register of Historic Places-listed locations throughout the town, including locations within the Sharpsburg Historic District such as Tolson's Chapel, the site of an important school for freed African Americans following the Civil War. Each year, the city hosts a renowned Memorial Day celebration that is considered to have been one of the nation's first celebrations of its kind at its inception. An annual Heritage Festival also brings visitors to the town in droves in September, featuring fall festivities for the entire family. CDC information for travelers. Hours/availability may have changed. 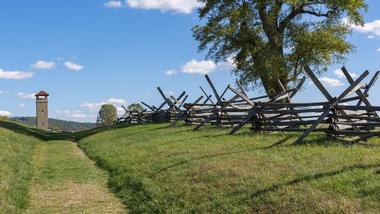 Antietam National Battlefield is a lovely unit of the National Park Service, preserving the site of the seminal Civil War Battle of Antietam, which took place in September of 1862. The battlefield, which is located along the banks of Antietam Creek in Sharpsburg, sits within the beautiful foothills of the Appalachian Mountains near the stunning Potomac River. It was established as a National Battlefield Site in 1890 and redesignated in its current state in 1978. Today, visitors can explore the National Register of Historic Places-listed site and learn about its history through exhibits and audio tours at its family-friendly visitor center. Antietam National Cemetery, which adjoins the park, inters nearly 5,000 Civil War-era burials, along with gravesites of veterans from other major American conflicts. Other attractions include the Pry House Field Hospital Museum, which showcases medical care technology from the 19th century. 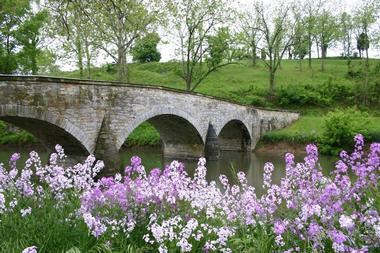 Burnside's Bridge is a landmark bridge located within the Antietam National Battlefield grounds, originally constructed in 1836. The bridge is one of five similar bridges designed by master bridge architect John Weaver and is considered to be one of the most photographed and photogenic bridges of the Civil War era. It crosses over lovely Antietam Creek and played a seminal role in the Civil War Battle of Antietam, when Confederate soldiers held off advance attempts from Union IX Army Corps troops under the command of Major General Ambrose E. Burnside. Following the war, the United States government acquired the bridge and its surrounding land for incorporation into the National Battlefield site. Today, visitors can walk across the bridge as part of exploration of the larger battlefield site and view lovely panoramas of the surrounding area.

Antietam Creek Vineyards are located on the grounds of a beautiful 1903 dairy barn in Sharpsburg, set against the shadow of beautiful South Mountain less than an hour from Washington, D.C. The winery, which is owned by married duo Joan Larrea and George Warmenhoven, borders the southern edge of the Antietam National Battlefield, which commemorates the deadliest battle on American soil in the nation's history. Visitors can taste delicious estate wines throughout the year at the winery's public tasting room, including favorite red and white varietals such as Cabernets Franc and Sauvignon, Malbec, Chardonnay, Pinot Gris, and Albariño. Fruit wines are also crafted seasonally, including peach wine produced with fruit grown directly on the farm's estate. On select days, food and barbecue trucks are parked on site, offering dining options to complement wine tastings and sales.

The Kennedy Farm is a lovely National Historic Landmark property in southern Washington County which is historically noted as the planning site of radical abolitionist John Brown's raid on Harper's Ferry in 1859. The farmhouse, which is also known as John Brown's Headquarters, was occupied by Brown and his co-conspirators for three months while they planned an attack on a federal armory as part of an attempted slave rebellion. Though Brown's rebellion was a failure and he was executed for his crimes, the attempted raid is noted today as a major galvanizing force in anti-slavery positions leading to the outbreak of the American Civil War. Today, the farm is open to the public as an historic site and memorial, returned to its 19th-century condition by the Black Elks nonprofit organization. It is open to the public for guided tours by appointment, showcasing restored historic rooms and decor in its two-story structure.


Tolson's Chapel is a National Register of Historic Places-listed church in Sharpsburg, noted for its use as a Freedmen's Bureau school for African Americans immediately following the American Civil War. The church, which was constructed in 1866, serves as a living symbol of the importance of the Emancipation Proclamation and the promise of new life it held for African Americans following the abolition of slavery in America. Following its deconsecration in 1998, the church underwent major restoration and preservation efforts led by the Sharpsburg community. Today, it is overseen by the nonprofit group Friends of Tolson's Chapel and open to the public for guided tours throughout the year by appointment.


5 Best Things to Do in Sharpsburg, MD