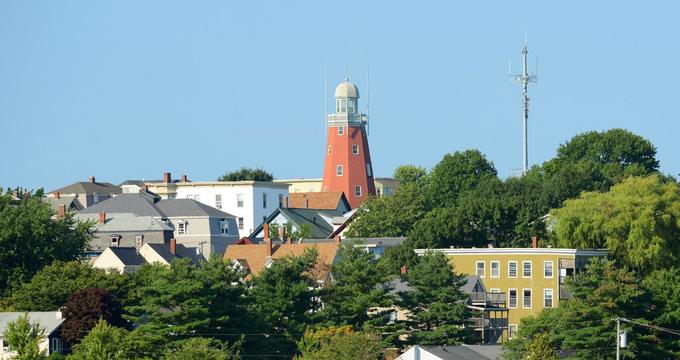 Located in Portland, Maine, the Portland Observatory is the only surviving maritime signal tower in the United States, owned and operated by nonprofit organization Greater Portland Landmarks and open to the public as a living history museum for docent-led tours. Due to the unique geography of Portland’s harbor, which is surrounded by a number of barrier islands that make entering ships not directly visible from the harbor’s wharfs until they reached Spring Point Ledge, early merchants and cargo ships operating in the area faced a number of difficulties in receiving shipments safely. 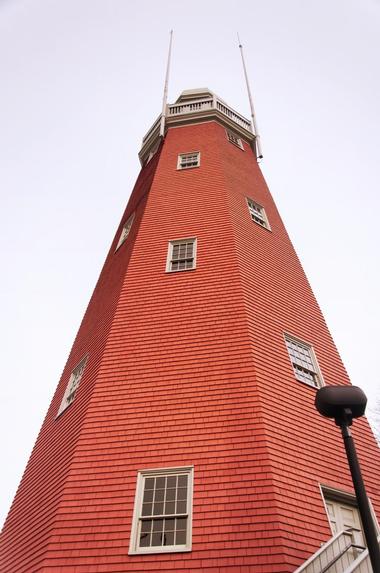 In 1807, the construction of an observational tower and communication station for the harbor was ordered by Captain Lemuel Moody. Imagined as a commercial venture, the observation tower was designed to offer port condition and arrival communication information to merchants who paid a yearly subscription fee to Moody. The tower operated on Portland’s Munjoy Hill from 1807 through 1923, using a P&J Dolland achromatic refracting telescope to identify vessels at a distance of up to 30 miles and hoisting coded signal flags to notify merchants of incoming ships several hours before they reached the harbor. It was also briefly used as a lookout tower facility during the War of 1812. The tower was a major success, remaining in operation by Moody’s family until the invention of the two-way radio, which made the need for cargo signaling obsolete.

In 1937, the unused tower building became the property of the City of Portland. It was renovated in 1939 with a grant from the Works Progress Administration, but remained largely unused and unlocked throughout much of the 20th century, becoming a popular site for area children to play. The initials of a number of local residents that were carved during this period are still visible on the tower to this day. In 1984, the tower was obtained by the Greater Portland Landmarks nonprofit organization and opened for public tours. A beetle infestation and significant moisture damage nearly claimed the tower in the late 1990s, but a major renovation campaign was embarked upon between 1998 and 2000 to save the historic landmark. Through the efforts of the Greater Portland Landmarks, the City of Portland, and several citizen groups, the tower was reopened to the public in 2000. Additional repairs to the tower’s shingles and windows were completed in 2014. 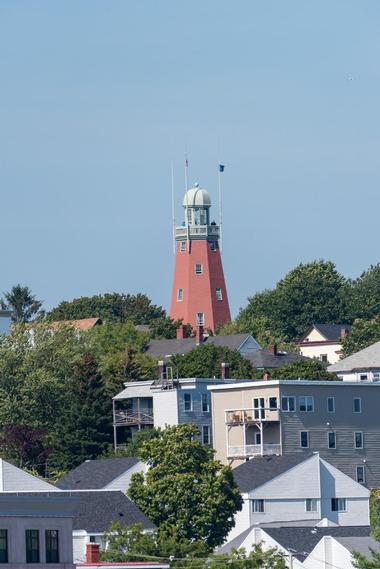 Today, the Portland Observatory stands as the only extant maritime signal of its kind in the United States, offering views as far inland as the Mount Washington area and as far outward as several dozen miles into the seaward horizon. It stands at a height of 222 feet above sea level, constructed with a fieldstone base and built in an octagonal shape to lessen wind pressure and damage. The Observatory was listed on the National Register of Historic Places in 1972 and declared a National Historic Landmark in 2006. It was also named as a National Civil Engineering Landmark the same year. In 2001, the tower’s extensive renovations were awarded a National Preservation Honor Award by the National Trust for Historic Preservation.

Docent-led tours of the Observatory are offered between Memorial Day and Columbus Day, with tour docents offering anecdotes and information about the history of the tower’s operations and the surrounding Munjoy Hill neighborhood. Visitors may explore a variety of spaces within the 86-foot tower’s seven-story building, including its cupola and observation balcony areas. The facility is only handicap accessible on its first floor, which includes a gift shop area accessible by elevator. Discounted admission rates are available for seniors, children, and families, and group tours may be arranged by contacting the facility directly. Evening tours are offered at select times throughout the tower’s operating season. The tower is accessible via Portland’s #1 Congress Street/Munjoy Hill public transit route. 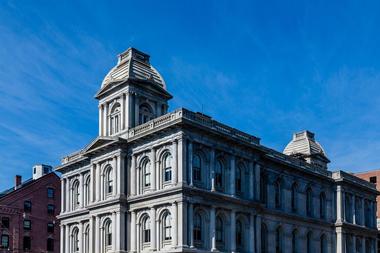 In addition to its tours of the Portland Observatory, the Greater Portland Landmarks organization also operates two other tours of historic facilities in the Portland area, including an 1872 United States Custom House tour and a Homes of Portland’s Golden Age tour, which showcases a number of the area’s Greek Revival, Federal, and Italianate mansions within the Spring Street Historic District. Information for self-guided walking tours is also offered through the organization’s website. Murals and exhibits recounting Portland’s Preservation Movement are showcased at the organization’s Safford House facility, which is viewable by appointment. A number of public special events are also offered, including a lecture series, a Places in Peril annual meeting and boating excursion, and holiday special events such as a trick-or-treat event. Periodic public programming is also held in conjunction with the Maine Historical Society.

More Things to Do in Portland, Maine

25 Best Things to Do in Portland (Maine)

16 Best Things to Do in Kennebunkport, Maine