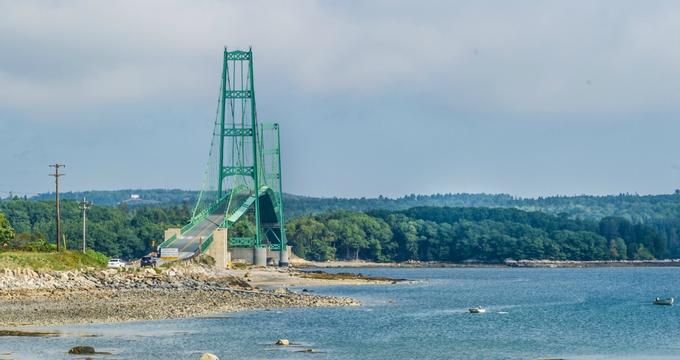 Located in Hancock County, Maine, Deer Isle is an island community separated from mainland Maine by Eggemoggin Reach, home to two incorporated towns offering a variety of natural and tourist attractions. CDC information for travelers. Hours/availability may have changed. 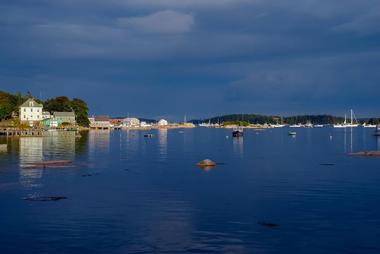 The town of Deer Isle, Maine was incorporated in 1789 to include the land area of Deer Isle along with the nearby Little Deer Isle and Isle au Haut islands. The islands were named for their large populations of deer species in the 16th and 17th centuries. In 1868, Isle au Haut seceded as its own town, and in 1897, the community of Stonington was formed on the southern tip of Deer Isle. Throughout the 19th century, Deer Isle became a major hub for granite quarrying, supplying materials that were used in the construction of notable American landmarks such as the Smithsonian Institution, the Manhattan Bridge, and the United States Naval Academy. The island was mentioned in John Steinbeck’s novel Travels with Charley, based on his own visit to the island’s Dunham’s Point. Other notable residents of the island have included musician Dan Fogelberg and painter Fairfield Porter. 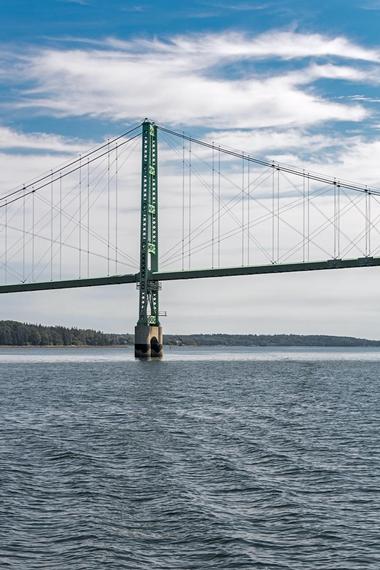 Today, Deer Isle is home to the towns of Deer Isle and Stonington, which retain much of the historic character of their mid-20th century appearance. The island is separated from mainland Maine by the waters of Eggemoggin Reach and is accessible via a suspension bridge constructed in 1939. Approximately 2,000 year-round residents live in the island’s towns, which encompass a total land area of nearly 30 miles.

The island is best known for its arts community, which offers an internationally-renowned art school, two performing arts venues, and a wide variety of art galleries and studios. Courses and workshops are offered throughout the summer months at the Haystack Mountain School of Crafts, which brings a large population of artists to the island both seasonally and year-round. Guided tours of the school’s campus are offered to the public on Wednesday afternoons. The Reach Performing Arts Center, located on the island’s high school campus, showcases local student and community theatrical productions and offers a summer arts camp for students in grades K-8. The Stonington Opera House presents a full season slate of annual productions, including theatrical performances and readings, film screenings, and public concerts. A wide variety of art galleries and studios are also located throughout the island, including the Stonington Art Market and the Deer Isle Artisan Market, which offer handcrafted pieces and goods from local vendors. Other galleries include the Avery Faulkner Studio, the Carolyn Walton Gallery, J.McVeigh Jewelry, and the Marlinespike Chandlery.

In addition to art studios, a variety of craft, antique, and souvenir stores are located on the island, including Dockside Books and Gifts, which offers nautical-themed volumes and gift items, Shore Shop Gifts, which sells items from a variety of local artisans, and Nervous Nellie’s Jams and Jellies, which offers a jam and chutney manufacturing facility, sculpture studio, and tasting and tea room within a historic farmstead building. Throughout the summer and fall months, the Stonington Farmer’s Market, one of the largest farmer’s markets in the state of Maine, operates at the Island Community Center on Friday mornings. Restaurants on the island include organic small-batch roasting company 44 North Coffee, sustainable farming restaurant Cheryl Wixson’s Kitchen, farm-to-table Mexican restaurant El El Frijoles, and the casual seaside restaurant Stonecutter’s Kitchen. Additional dining options are offered at the Pilgrim’s Inn and Inn on the Harbor, which offer overnight accommodations in a historic setting. Campground, bed and breakfast, and cottage rental accommodations are also available throughout the island. 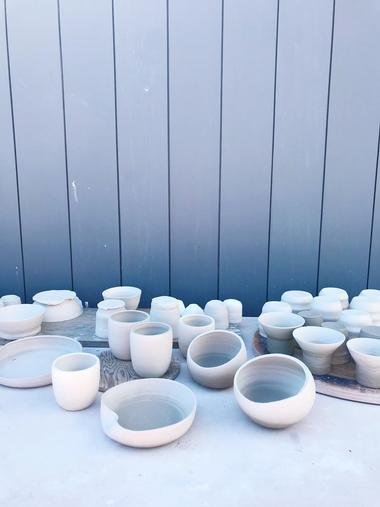 Indoor tourist attractions on the island include the Deer Isle-Stonington Historical Society, which offers exhibits related to the island’s social and cultural history, and Stonington’s Lobster Hatchery, which is operated by the Maine Center for Coastal Fisheries and offers guided public tours. The island provides opportunities for a variety of nature activities, including boating, birding, and wildlife watching and photography. 12 nature conservancies are located on the island as an effort to preserve its natural biodiversity. Areas of Acadia National Park are accessible on nearby Isle au Haut, which may be accessed via water taxi and ferry service. Information for an eight-location Lighthouse Trail showcasing nearby historic structures is also provided by the Deer Isle-Stonington Chamber of Commerce in conjunction with the United States Lighthouse Society.

A wide variety of public events and festivals are offered throughout the year on the island, including the annual Wings, Waves, and Woods bird migration festival in May, which offers guided birding walks, nature lectures, and a gallery showcase from local artisans. Over Columbus Day weekend, the Peninsula Potters Tour opens more than a dozen pottery studios throughout the island to visitors, and every other Friday throughout the summer and fall months, DIS Friday First Friday events offer special events at many participating art studios and galleries. During the winter holidays, a traditional Christmas display decorating contest includes a contest for the community’s best-decorated lobster boat. Other public special events include the Annual Stonington Lobster Boat Races in July, the Healthy Island Project in January, and the statewide Maine Open Lighthouse Day event in September.

More Things to Do in Maine, Best Islands in Maine