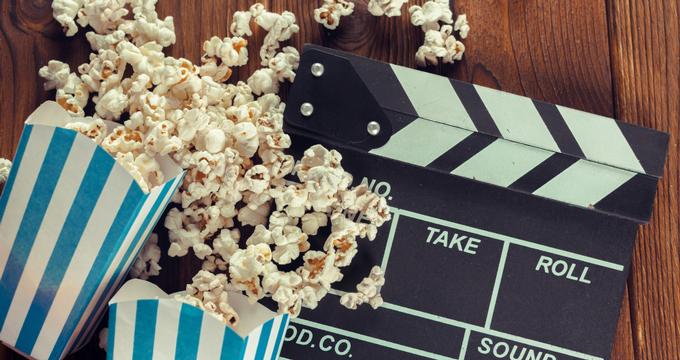 While the state of Maine may be located further north than some areas of the country of Canada and often experiences quite a bit of cold weather, it also happens to be one of the country’s first states to open a drive-in movie theater. The Saco Drive-in theater opened back in the year 1939. By the middle of the 1950’s, there were thirty-nine outdoor movie theaters throughout the state. Today, just seven drive-ins remain in operation in Maine, including the Saco Drive-in. Due to the cold weather, the open season for these drive-ins is basically just the summer. 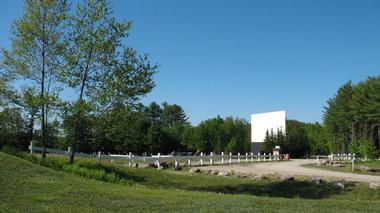 The Bridgton Drive-in movie theater originally opened as only a single-screen outdoor movie theater in the year 1957. A second large outdoor movie screen was added to the drive-in theater in 2000. The drive-in is open seasonally, with its open season typically running from the month of May until the month of September. Double features are shown during this time on a nightly basis. Customers may as well leave their credit cards and debit cards at home, as the both the concession stand and box office only accept cash. State-of-the-art digital projectors are used to screen the movies. 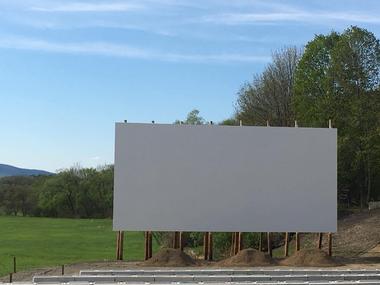 The Narrow Gauge Cinemas, which boasts a railroad theme, is a 3D-equipped, small-town multiplex that has introduced a drive-in theater that can accommodate a maximum of sixty cars during a showing within its stadium-style grounds. The drive-in theater charges per vehicle, rather than for each person. Admission prices are cheaper on weekdays, when only a single movie is screened at the Narrow Gauge. On the weekends, double features are show for a slightly higher admission price. The drive-in still offers a great deal for both single and double features with only charging for the vehicle. Credit and debit cards are accepted. 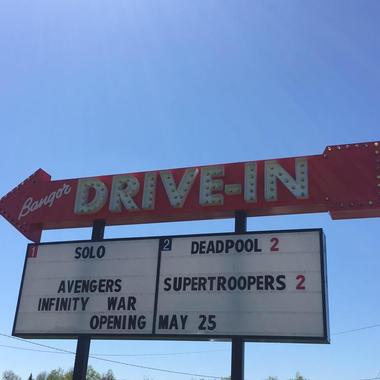 The Bangor Drive-in first opened back in 1950 with just one large outdoor movie screen. An additional movie screen was added to the outdoor movie venue in the year 1978, turning the drive-in into a twin-screen movie theater. Only cash is accepted at the ticket booth, however, the Snack Bar accepts both cash and major credit cards. The Bangor Drive-in is open on a seasonal basis from late Spring until early Fall. During this time frame, the outdoor theater shows double features five nights each week. It is closed on Mondays and Tuesdays. Pets that are well behaved and leashed are allowed. 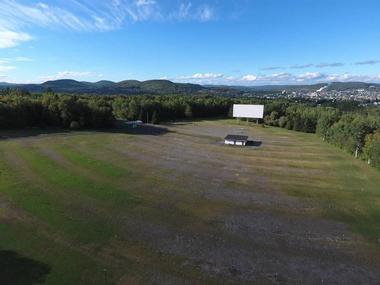 The Skylite Drive-in movie theater in Madawaska, Maine is the northernmost drive-in theater in the United States. Customers could actually walk to Canada from the outdoor movie venue if they so wished. The drive-in theater is actually further north than the city of Montreal in Canada, and can be found along Route 1, the East Coast’s own version of the famous Route 66. The drive-in is open seasonally, showing first-run movies in more of an old-school atmosphere. There is also a snack bar that offers the typical movie theater treats. The drive-in has a maximum capacity of three hundred cars. 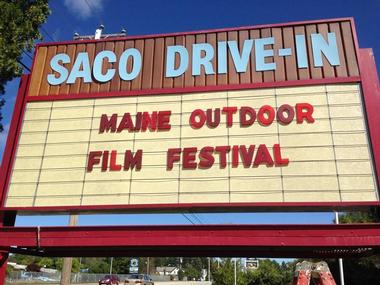 
The Saco Drive-in movie theater is the oldest remaining drive-in in the state of Maine, and the country’s third oldest drive-in still in operation. The drive-in, which first opened back in the year 1939, features a single large outdoor movie screen and is situated just outside the city of Portland. The historic outdoor movie theater is able to accommodate up to five hundred vehicles for a showing, making the drive-in a rather large one. Due to its location so far north, the Saco Drive-in typically doesn’t open until around the middle of May for its season, which then generally runs until September. 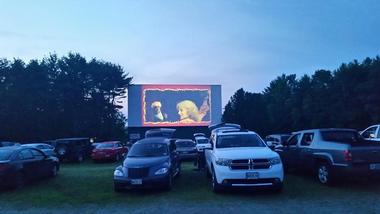 
The Skowhegan Drive-in theater has been operating since the year 1954. It is a single screen outdoor movie venue that is open seasonally, generally beginning Memorial Day weekend until Labor Day weekend. The drive-in is open on Friday and Saturday nights while schools are in session. During the summer, movies are shown on Fridays, Saturdays, and Sundays. Pets are not allowed on the grounds of the Skowhegan, and while customers can bring in outside food and drinks, the drive-in strongly encourages its customers to purchase snacks from their concession stand instead. Both the ticket booth and concession stand are cash only. 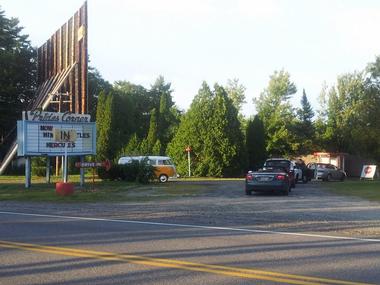 The Pride’s Corner Drive-in theater originally opened back in the year 1953. The outdoor movie venue opened seasonally every year up until 2015. At this time, the family who owned and operated the drive-in were trying to decide whether they should convert the drive-in to digital projection or close it permanently. Digital projection was introduced to the drive-in, and the Pride’s Corner re-opened in 2017. During the summer months, the drive-in is open seven days a week, with it being open typically just during the weekends earlier in the season. In September and October, it is generally open on Fridays and Saturdays.