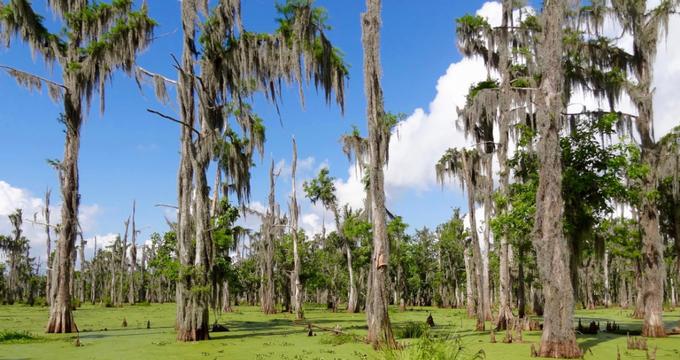 Houma is the largest city in Terrebonne Parish, Louisiana. It is also the largest city of the Houma–Bayou Cane–Thibodaux Metropolitan Statistical Area. The city was named after the Native American tribe of Houma people. The area had a number of sugar cane plantations in the antebellum years and some of them, like Southdown Plantation, were converted to museums and are open to the public. Regional Military Museum in Houma is a non-profit museum devoted to Louisiana military history and to preserving the memory of local residents who have served. Mandalay National Wildlife Refuge is part of the Southeast Louisiana National Wildlife Refuge Complex. The 4,619-acre refuge consists of freshwater marsh and cypress-tupelo swamp. The Cathedral of St. Francis de Sales is a Catholic cathedral in Houma, founded by Rev. Zéphyrin Lévêque in 1847. 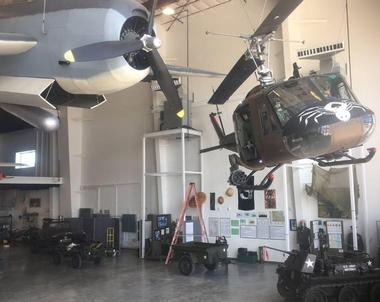 Regional Military Museum is a non-profit museum near downtown Houma, Louisiana, devoted to Louisiana military history and to preserving the memory of local residents who have served. The museum displays artifacts from the period between the Civil War and modern times. It focuses on local history and the memory of South Louisiana residents who fought in WWII, during the time when Houma housed a large blimp base that was engaged against the German U-boats in the Gulf of Mexico. The museum also has exhibits on the American Revolution, the Civil War in South Louisiana and the War of 1812. The visitors are allowed to sit in the authentic military jeeps, put on military helmets, hold old rifles and take rides on fully operational LCVP. 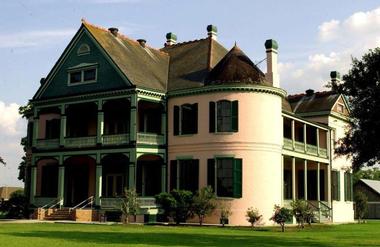 Southdown Plantation is a historic plantation in Terrebonne Parish, Louisiana, founded in 1828 by Stephen Minor. Minor was a secretary to Manuel Gayoso de Lemos, the Spanish Governor of Louisiana. About 1,020-acre plantation was growing sugarcane, which at the time became the principal crop in the area. The first sugar mill was built in 1846. In 1852, Southdown had 233 slaves who lived on the property. The first plantation house was built in 1858 by Minor's son, William J. Minor. The house was built of hand-fired brick and lumber from local cypress and pine trees. In the 1930s, the Minor family lost the house.. The mill was closed in 1979. In 1975, the new owner Valhi, Incorporated donated the property to the Terrebonne Historical and Cultural Society. The Society renovated the plantation house and restored it to its original style and color. The plantation house and servants' quarters were converted into a museum and opened to the public in 1982. 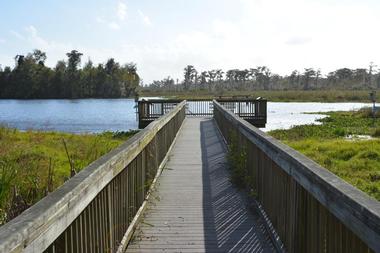 Mandalay National Wildlife Refuge is located in Terrebonne Parish, about five miles southwest of Houma, Louisiana. It is part of the Southeast Louisiana National Wildlife Refuge Complex. The 4,619-acre refuge consists of freshwater marsh and cypress-tupelo swamp. It provides habitat for wading birds, waterfowl and neotropical songbirds. It can only be accessed by boat. Foot travel through the soft marsh environment is very difficult. The refuge is open year-round. The visitors can enjoy observing wildlife, boating and fishing. The Friends of Louisiana Wildlife Refuges organizes various annual events at the refuge, obtains grants to fund the support of the refuge projects and organizes fund-raising in support of environmental education. 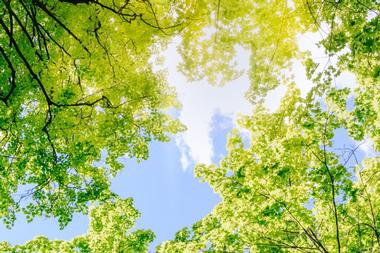 Terrebonne Parish is located in the southern part of Louisiana and was founded in 1822 from the southern part of Lafourche Interior on the Gulf of Mexico. It covers an area of 2100 square miles and is part of the Houma-Thibodaux Louisiana Metropolitan Statistical Area. The parish has been a center of Cajun culture since the 18th century and over ten percent of its residents speak French at home. The parish seat is the town of Houma, named after the Houma people. The early French settlers named the parish terre bonne, "good earth,." for the fertility of its soils. The oil industry is the primary source of revenue for the Houma-Terrebonne area. In addition, Terrebonne Parish provides over 20 percent of Louisiana's seafood production. Tourism is also big, with authentic Acadian culture, plantation homes, unique cuisine, spectacular and diverse environment being big draw. 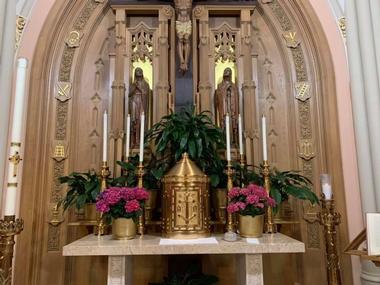 
The Cathedral of St. Francis de Sales is a Catholic cathedral in Houma, Louisiana. Rev. Zéphyrin Lévêque founded St. Francis de Sales Parish in 1847, but the Mass was at first celebrated in the Terrebonne Parish courthouse The first church building was completed in 1848. The construction on the existing church started in 1936. The first St. Francis de Sales church was designed in the Romanesque style, the current structure was built as the parish church in 1938 after the original church was damaged by a hurricane. The first catholic school in Terrebonne Parish was started by the Sisters of the Marianites of the Holy Cross at the parish church in 1870. The sisters lived in a convent built for them on the church grounds. The Sister's taught at the Houma Academy, predecessor to St. Francis School, and only instructed girls. They founded a school for the boys in 1890. The Sister's long history at the Cathedral parish and school ended in 2011. The current church complex includes the main church building, the convent, the school, the youth center, gymnasium, the rectory and the historic St. Francis de Sales Cemetery #1. 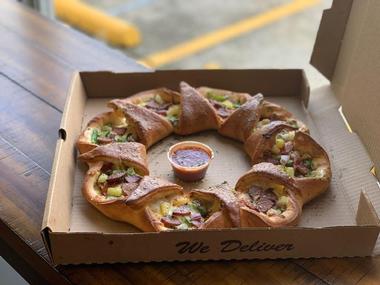 
Red Fish Pizza is a family-friendly, relaxed, unpretentious counter-serve pizzeria in Houma, Louisiana, known for unique flavors gourmet pizzas, calzones, salads and draft beer. Redfish is focused on inventing new flavors and providing their customers with gourmet pizzas, pastas, oven-baked subs and salads of the highest quality, unique in flavor. Their portions are generous, Their salads are hand-picked and known for their freshness. Their pizza dough is hand-made every day and never frozen. Their Mozzarella Cheese is shredded in house, their subs are made on fresh baked bread, their chicken is USDA-inspected chicken breast marinated with our signature blend marinade. Their most popular pizzas are the Gumbo and Redfish Pizza. 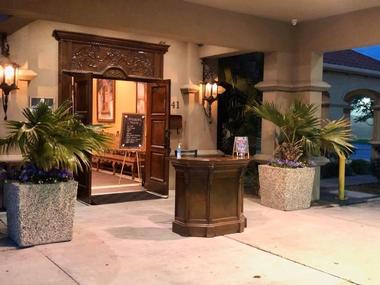 La Casa Del Sol was opened on October 19th, 1978 by Constancio Izaguirre, a renowned Mexican guitar player with many records to his name. He and his wife started with the restaurant in Houma, followed by another one in Westover. They are considered the pioneers of home-cooked, original, Tex-Mex cuisine in the South Louisiana bayou region. Their Houma location is a spacious eatery with magnificent murals on the walls, where the guests enjoy La Casa Del Sol’s famous signature salsa served with nachos and a large menu of Mexican favorites, including street tacos, grilled meats, sandwiches, lunch specials and their famous margaritas. 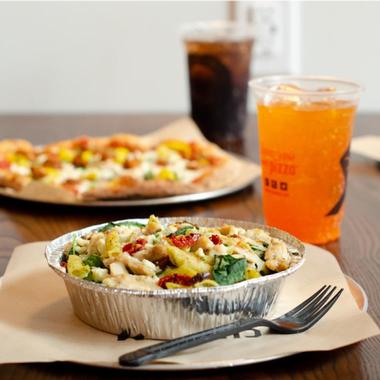 Your Pie is an American fast food chain of pizza parlors that was started in Athens, Georgia in 2008 by Drew French. Today it operates as a restaurant franchise with 70 locations in 19 states. Your Pie is famous for customizable 10-inch pizzas, salads in bread bowls and build-your-own panini sandwiches. Their Houma location is a popular spot where diners can start ordering their pizza by choosing their dough, the kind of sauce they like, cheese and toppings and then watch it being baked in the real wood fire pizza oven. They can follow the pizza by real Italian gelato and a cold beef from one of local microbreries..

10 Best Things to Do in St. Francisville, LA

15 Best Things to Do in Covington, Louisiana

23 Best Things to Do in Baton Rouge, Louisiana