Las Vegas Weather in May 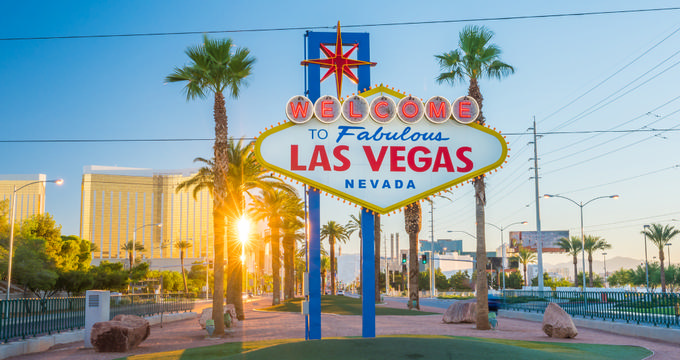 Everyone knows about Las Vegas. Even if you’ve never visited the city before, it’s such a special place that many people already have their own ideas and images of it from films and TV shows. Vegas, also known as Sin City, is dominated by bright lights and exciting sounds. It’s a city of unique themed hotels and expansive casinos, a city where everyone has a chance of making magical memories, and it’s also one of the most visited cities on Earth due to its many attractions and live entertainment shows. CDC information for travelers. Hours/availability may have changed.

Whenever we plan a vacation or short city trip, it often pays off to consider the weather. Las Vegas weather is largely similar to Nevada weather in general. The state is very dry and warm, with large parts of its landscape made up with desert. Vegas is situated right in the middle of a very dry, arid region, meaning that the city sees very low amounts of rainfall. Temperatures tend to be quite high in Vegas too, but can vary at certain times of the year. Wind speeds and humidity ratings in Las Vegas can differ depending on the date too, so let’s look a little closer at Las Vegas weather in May. 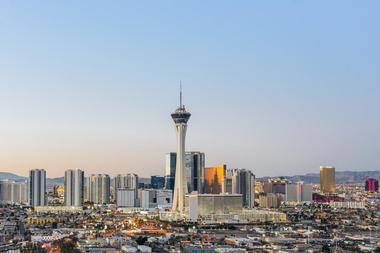 May is the final month of spring and is one of the best months of the year to travel around. The temperatures all around the United States are on the rise in May and Las Vegas is no exception, with the city enjoying some very warm weather at this time of year. The average daily temperature in Las Vegas in May is 77 °F (25 °C), with average highs of 88 °F (31 °C) and lows of 60 °F (16 °C). This means that temperatures in Vegas in May are higher than April by several degrees, with very warm conditions almost constantly. Even when the temperatures drop down to their lowest point, it’s still very warm in May.

As for precipitation, it's important to note that Las Vegas really doesn't see a whole lot of rainfall. Most of the city's precipitation tends to fall in the winter months when the temperatures are at their lowest. This means that May is a very dry month in general for the city of Las Vegas, with around 5mm of rain falling in total on average. Rain is expected to fall on three days in the month of May, so most visitors in the city will barely see a single drop. The chances of rain in May decrease as the month progresses.

Next, we move on to the humidity ratings and other weather factors. Due to the fact that Las Vegas is situated in a dry, arid region in the state of Nevada, humidity ratings in the city tend to be very low, especially in a warm month like May. Humidity tends to range from 11% up to around 34% in Las Vegas at this time of year. It can exceed these limits, but only on rare occasions. The city also gets a lot of daylight in May, with around 13 hours of sunshine per day on average. Wind speeds tend to average out at around 4m/s in Las Vegas in May, so there's just a gentle breeze in the air on most days.

3.Things to Do in Las Vegas in May 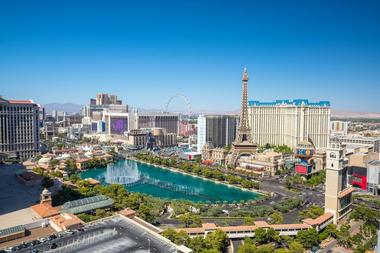 As you can see from this weather conditions, May is an excellent month to visit Las Vegas for all kinds of fun activities. It's a great month to take a trip in general because you'll avoid the summer crowds, meaning that locations like Las Vegas will be a little less busy overall. The warm temperatures, low chances of rainfall, low wind speeds, and comfortable humidity conditions mean that both indoor and outdoor activities can be enjoyed in Las Vegas during the month of May.

This is a great time of year to try some outdoor sports and activities like kayaking and mountaineering at nearby natural areas. Outdoor attractions like some of the hotel’s rollercoasters or the Fremont Street zip line can be a lot of fun at this time of year as well. And, of course, the weather has no impact on indoor attractions, so May is a super time to visit Las Vegas if you just want to explore the hotels, do some shopping at the various upscale brand stores, and play various games of skill and chance at the city’s long list of exciting casinos.

Las Vegas Weather in May