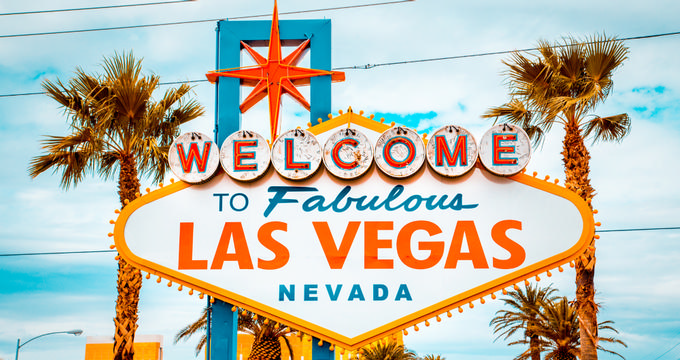 One of the biggest cities in all of the United States and one of the most visited tourist hotspots on the entire planet, Las Vegas is instantly recognizable to people all over the world. It has rightfully earned the nickname of ‘The Entertainment Capital of the World’ for its incredible array of lively hotels, never-ending casinos, non-stop live shows, and all other forms of adult entertainment. In short, Las Vegas is the best place to be for people looking to have some fun.

If you’re planning a trip to Las Vegas, it’s important to take a look at the climate and weather conditions. Choosing the right month for your trip to Vegas can be a tricky decision as the conditions will vary from one month to the next, but so will the city’s popularity. Depending on the activities you want to do, March could be a good month for your next Vegas trip. Located in one of the driest states in the entire United States, Las Vegas has very dry and warm weather for much of the year, with low humidity ratings, calm winds, and very small amounts of rainfall in general.

The third month of the year, March sees us welcome the season of spring in the northern hemisphere and is a happy time of year for many people with the arrival of new life and warmer weather. This is especially true in Las Vegas. After the chills of February, temperatures begin to rapidly rise in Las Vegas in March for an average of 57°F (14°C). This average comes with highs of 69°F (21°C) and lows of 44°F (7°C), but temperatures can rise up as high as 91°F (33°C) or drop as low as 30°F (-1°C) on some rare occasions.

February is the wettest month of the year for Las Vegas, but the chance of precipitation rapidly begins to decrease as March arrives. The beginning of the month has around a 14% chance of rainfall, but this drops all the way down to 8% by the end of the month. Statistically speaking, there are five rainy days throughout the month of March in Las Vegas on average, with a total expected rainfall of just 12mm. This means that the city will remain very dry for much of the month, in line with general conditions all around the rest of Nevada.

Given the dry, desert climate and nature of Las Vegas and the surrounding state of Nevada, humidity in this city in March is generally very low, ranging between 15% and 58% and never really exceeding these limits, except on highly rare occasions. This means that the month of March in Las Vegas generally has low humidity ratings and the air gets drier as the month progresses. Wind speeds can pick up as high as 8m/s, which is classed as a moderate breeze, but tend to stay around 4m/s on average. As for sunshine, this is one of the sunniest months of the year, for Las Vegas, with an average of ten hours of sunshine on each and every day.

Things to Do in Las Vegas in March

March isn’t one of the hottest months of the year in Las Vegas, but it’s not too cold either. Compared to February, the temperatures in this month have risen quite a lot and the chance of any rainfall is extremely low. Due to these favorable conditions, it is possible to enjoy both indoor and outdoor activities in Las Vegas at this time of year. Some outdoor activities include sports like golf, exploring nearby natural areas like lakes, or even booking a tour to the Grand Canyon.

In addition to these outdoor activities, many indoor options are also available as things to do in Las Vegas in March. The most obvious examples are the hotels and casinos of the city. Las Vegas is known all over the world for its unique hotels, with many being designed in the style of famous monuments from around the world like the Great Pyramids of Egypt. These hotels feature their own stores, movie theaters, video game arcades, and additional experiences for visitors to enjoy.

Each hotel also comes with its own casino, offering many different games of chance that could let you win big and change your life forever more. Games like blackjack, poker, and slot machines are just a few examples. After spending a little time in the casinos, another fun March activity for Las Vegas is to simply take in a live show. Various resident comedy, magic, music, and circus acts can be found all around the city.

Things to Do in Las Vegas: Titanic: The Artifact Exhibition