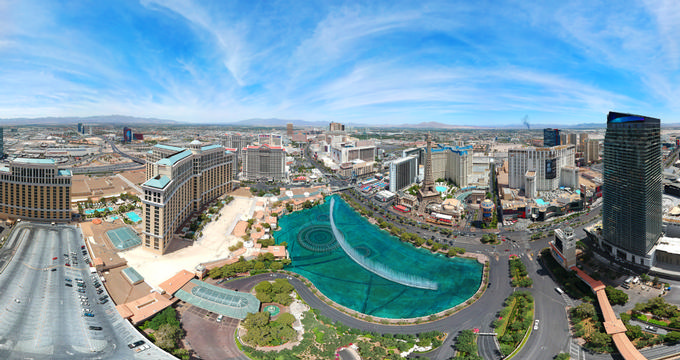 Las Vegas is a city like no other. There are some special big cities in the world, but nowhere quite as unique as Las Vegas. It’s a city dominated by flashing lights, incredible hotels, endless casinos, and unbeatable attractions. The city, nicknamed The Entertainment Capital of the World, is essentially one huge playground for people of all ages to enjoy, with some of its hotels, like Luxor and Caesars Palace, being 100% unique and mind-blowing to visit. As well as all of the classic activities like gambling and watching live shows, the city is also conveniently located for Grand Canyon trips and outdoor activities like kayaking and golf, so there really is something for everyone in Vegas. CDC information for travelers. Hours/availability may have changed. 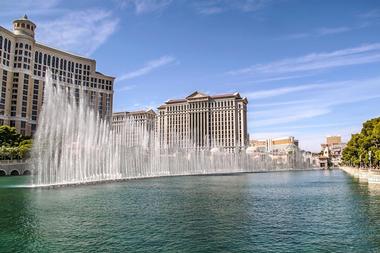 But what’s the weather like in Las Vegas? This question can be a very important one to ask, especially if you’re planning a trip to Sin City and want to know what kinds of activities you’ll be able to do. Some of Vegas’ activities can be enjoyed all year long due to their indoor nature, but others are only possible at certain times of year when the temperatures start to warm up and the chance of rain is at its lowest point. Since Vegas is situated in the desert in Nevada, it tends to have quite high temperatures, low humidity ratings, gentle breezes, and low rainfall, but this can vary from month to month. 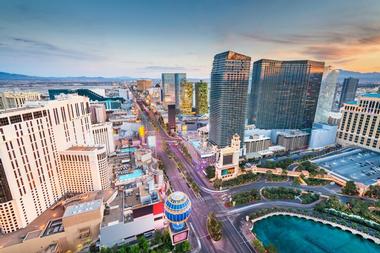 June is many people's favorite month of the year as it sees some of the best temperatures and signals the start of summer, meaning that most people are looking forward to little breaks away from school and work, with many of them planning vacations all around the world. Las Vegas sees some exceptionally high temperatures in the month of June, with averages of 86 °F (30 °C). The average high temperatures in Las Vegas in June are 100 °F (38 °C), while the daily lows can drop to around 69 °F (21 °C). In rare cases, temperatures can go higher or lower than these limits, but the average June day in Las Vegas is very hot.

Las Vegas rarely sees a lot of rainfall. In fact, the entire state of Nevada gets barely any precipitation on average each year, so you can expect conditions in Vegas to be quite dry in general, especially in June. The average amount of rain that falls in June in Las Vegas is just 5mm, and the city sees rain on an average of three days during this month. The possibility of rain in Vegas is lowest at the start of June, rising up to around a 9% chance by the latter stages of the month.

Vegas is located right in the middle of a desert, so the humidity ratings tend to be very low, especially when the summer starts. The humidity of Las Vegas in June can range between 10 and 30%, meaning that conditions are generally classed as being either dry or very dry. The city also sees a lot of sunshine in June, with around 13 hours being recorded per day on average. As for wind speeds, you might get a gentle breeze of around 4m/s on a typical June day in Las Vegas, with some instances of stronger breezes earlier in the month.

You are reading "Las Vegas Weather in June" Back to Top

3.Things to Do in Las Vegas in June 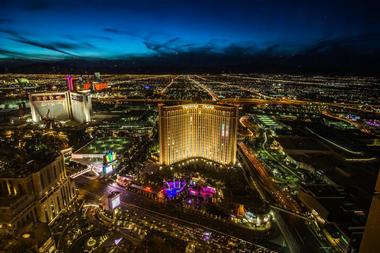 June is a wonderful time to travel all around the United States, with many cities starting to see a lot of summer sunshine and warmer temperatures in general. Vegas is no exception to this rule. The high temperatures and low chances of rainfall in the city at this time of year make Vegas a very popular touristic spot. This means that June is actually one of the busiest months to visit Vegas, so you have to be prepared for the crowds, but if you don’t mind lots of people around, there are a lot of things to do.

Some popular June activities in Las Vegas include trips to the Grand Canyon, which can take the form of bus rides or even helicopter adventures, as well as outdoor sports and attractions like the local golf courses and the various rollercoasters featured at hotels like the Stratosphere. If ever you just want to get back indoors, Vegas offers lots of excellent eateries, luxury stores, exciting live shows, and, of course, its world-famous casinos, and all of these activities can be enjoyed at any time of year, regardless of the weather conditions.

You are reading "Las Vegas Weather in June" Back to Top

You are reading "Las Vegas Weather in June " Back to Top