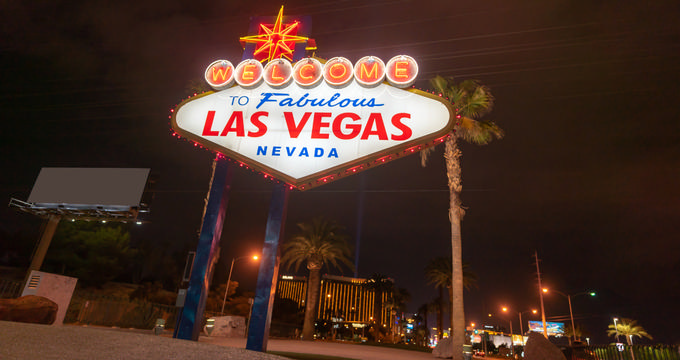 The biggest and most populous city in the state of Nevada and one of the most popular tourist destinations in all of the US, Las Vegas, also known as Sin City and The Entertainment Capital of the World, is well known for its incredible casinos, unique hotels, live entertainment, and more. It’s a very popular spot for people to visit and indulge in all of the things they love the most, attempting to win it big on the slot machines or at the poker tables, or even getting married in one of the city’s many small churches and wedding venues. CDC information for travelers. Hours/availability may have changed. 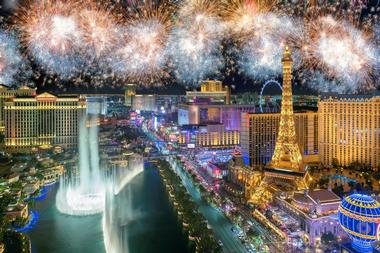 When thinking about the weather in Las Vegas, it’s important to remember that Nevada is mostly desert and is actually the driest state in the entire US of A. Statistics show that an average of just seven inches of rain will fall each year in the state, so Las Vegas weather is typically dry and sunny, with very high temperatures and low humidity ratings. Winters in Las Vegas are also quite mild in general and mostly dry, but some days of rain and even snow can be expected. 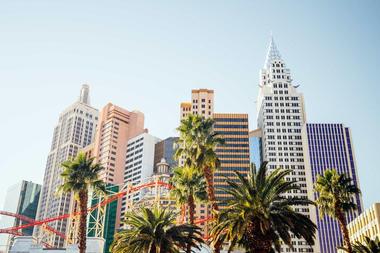 January is right in the middle of winter, meaning that the Las Vegas temperatures at this time of year tend to be at their lowest point. Average statistics and weather records also prove that January is the coldest month of the entire year in the city of Las Vegas. The average temperature tends to hover around 46°F (8°C), with highs of 57°F (14°C) and lows of 34°F (1°C). In rare cases, temperatures can exceed these limits, with the highest ever January temperature recorded in Las Vegas being around 75°F (24°C) and the lowest being around 18°C (-8°C).

As for rainfall, January isn't the wettest month of the year in Las Vegas, but due to the relatively low amount of rainfall in Las Vegas and Nevada in general, none of the months of the year tend to feature too much rain in this city. Statistics show that the city of Las Vegas has around a 12-14% chance of rainfall on each day throughout the month of January. The latter part of the month tends to feature a slightly higher chance of rain, but any rain in January in Las Vegas tends to be quite light. Around 1 inch of rain falls in Las Vegas in January on average, with around 5-7 rainy days each year in this month.

Due to the dry nature of Nevada and Las Vegas, the humidity in the city in January usually remains quite low. Records show that humidity levels in Las Vegas in January can vary from as low as 25% to as high as 62%. The air tends to be at its driest levels towards the end of the month. Wind speeds also remain relatively low, with an average of between 0m/s and 6m/s, resulting in mostly calm days with light breezes every now and then. In terms of daylight hours, Las Vegas in January enjoys around eight hours of sunshine per day.

3.Things to Do in Las Vegas in January 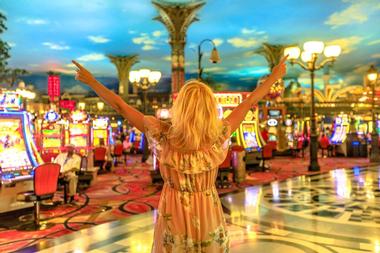 Since January is the coldest month of the year for Las Vegas and also tends to be one of the least popular months for people to travel and take vacations in general, this is a good time to explore the indoor side of the city. Outdoor activities like golf, kayaking, or general exploration of the city and its surrounding areas are less recommended at this time of year due to the low temperatures, but can still be enjoyed if you wrap up and stay warm enough.

Fortunately, many of the attractions of draws of Las Vegas can be enjoyed in January as a lot of the city’s most popular areas tend to be indoors. All the casinos and hotels, for example, offer large indoor spaces to explore and enjoy, with lots of different games to gamble on and stores to explore. Sin City is well known for its hotels, with dozens of them to explore including world-famous locations like the Luxor or Caesar’s Palace.

January is a good time to take in some of Las Vegas’ live shows and entertainment. Many different live concerts can be enjoyed around the city at major hotels, with many hotels also offering their own comedy clubs, magic shows, circus acts, and other forms of performance art or theater. There’s a lot of different shows to enjoy in Vegas and the January weather helps to make them even more appealing.