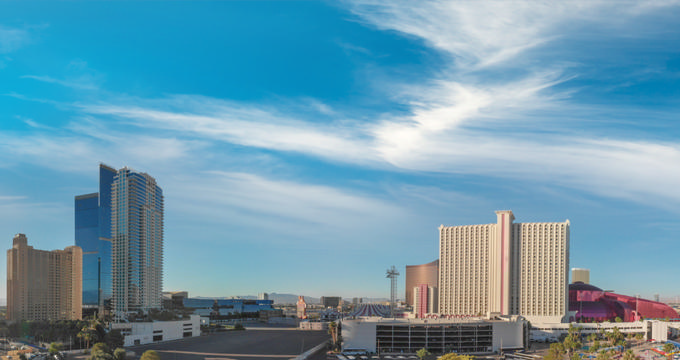 Las Vegas is one of the most popular touristic locations not just in Nevada, but in all of America, and it’s not hard to understand why. As soon as you touch down in this miraculous city, you’ll be blown away by the music, lights, and excitement around every corner. The hotels in Vegas are incredible, shaped in the form of global landmarks like the Pyramids of Egypt or Paris’ Eiffel Tower. The casinos are endless and filled with all kinds of games of chance and skill. And the list of Las Vegas attractions is simply never-ending, with something to satisfy every single visitor.

However, some of those attractions are located outdoors and others are situated indoors. This means that certain fun things to do in Las Vegas are only available at certain times of the year, when the weather is just right. That’s why, if you’re visiting Vegas, it’s important to consider different dates and check out the weather conditions before booking your trip. The city is located in Nevada, which is one of the driest and hottest states in general, but temperatures in Vegas can vary from one month to the next and the chance of rainfall changes at different times of year too, so let’s look in detail at the August weather in Las Vegas.

August is known all around the world as generally the hottest month of the year for northern hemisphere locations. It's actually the second hottest month in Las Vegas, with July being the first, but it still sees some exceptionally high daily temperatures. The average temperature in Vegas in August is 91 °F (33 °C), with average highs of 103 °F (39 °C) and lows of 74 °F (23 °C). This means that a typical August day in Vegas is very hot from start to finish and you'll need to stay hydrated and cool off now and then however you can.

Las Vegas is a very dry city, with the surrounding state of Nevada being one of the driest states overall. However, the city can still see some small amounts of rainfall each month, and August is actually one of the wetter months of the year for Vegas. It's important to note that a 'wet month' for Vegas would be considered very dry in most other locations, and an average of just 14mm of rain can be expected to fall in Vegas across the entirety of August. The city will see rain on an average of six days during this month, making it slightly wetter than the previous month of July. The chance of rain in Las Vegas in August starts off highest at the beginning of the month, with around a 13% chance, and then drops down to around 9% by August 31.

The humidity ratings in Las Vegas during August are generally very low, ranging from around 15% to 35% in general. Humidity can get lower or higher than these limits, but only on rare occasions. In general, the air is very dry in the city during the summer months. You also shouldn't expect to see many clouds in Las Vegas during August. The median cloud coverage is 0%, resulting in 13 hours of sunshine on average each day and meaning that travelers in the area should be sure to pack some sunscreen! Finally, it's worth noting that the wind speeds during this month tend to be very low, ranging from 0m/s to around 7m/s, with an average of around 3m/s.

Things to Do in Las Vegas in August

Due to the very high temperatures at this time of year, as well as the fact that many families like to book vacations in the summer, August is a highly popular time to visit Las Vegas. All of the city’s attractions and activities are open for your enjoyment at this time of year, including various outdoor opportunities like zip lines, rollercoasters, golf courses, helicopter tours, and more. Vegas is a great place to base yourself for a Grand Canyon trip, and August is an excellent month to visit the national park.

As well as all of the outdoor activities in Vegas, August is a good time of year to visit the city for all of its indoor delights as well. Vegas is well-known for its multitude of casinos and hotels, all of which boast their own unique array of games and attractions. Many highly rated eateries and upscale stores can be found around the city, as well as live entertainment in various forms and even a lot of fascinating museums.