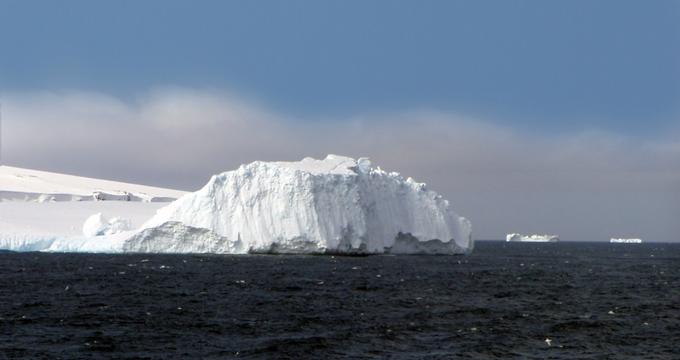 © Courtesy of Jan Will - Fotolia.com

This uninhabited island is a Norwegian dependency in the South Atlantic Ocean. Considered by many to be the world’s most remote island, it lies just outside the Antarctic Treaty System and at the southernmost tip of the Mid-Atlantic Ridge.

It was first discovered on 1st January, a New Year’s present to the world of 1739. Jean-Baptiste Charles Bouvet de Lozier, after whom the island is named, was the first to lay eyes on this remote island. He was the captain of the French vessels Aigle and Marie and was in the Atlantic Ocean hunting the large continent presumed to exist in the southern hemisphere. When land was spotted, he named what he thought to be a cape the “Cap de la Circoncision”. He did not land on the island himself and it wasn’t circumnavigated until much later on. Unfortunately, the coordinates and Bouvet’s plotting of the island were inaccurate and several further expeditions to visit the island failed to find it.

The next confirmed expedition to the island was made by James Lindsay, commander of the whaling ship Snow Swan in 1808. He confirmed the island was just that, not a cape at all. Over the following years, a few more voyagers came across the island but no one was able to land until 1825, when the master of the Sprightly, George Norris, arrived. He claimed the island for George IV and the British Crown, calling it Liverpool Island. The next major expedition to come along was that of Carl Chun on the German Vadivia; they never stepped foot on the island either but dredged geological samples from the seabed and were keen to update and amend the island’s accurate coordinates.

In 1927 the Norwegians arrived on the island under the leadership of Harald Horntvedt. The expedition’s financier was Lars Christensen and this was the first time any explorers remained on the island for an extended period. They surveyed and observed the land while taking oceanographic measurements in the surrounding sea. They disputed the English claim to the island due to some confusion in Norris’ placement and eventually the English claim was withdrawn, establishing it as an annexation of Norway. To this day the Norwegians man various scientific surveys and weather stations on the island.

Due to the Antarctic conditions on this dome-shaped island, it is mostly made up of glaciers. Due to high seas and the steep cliff faces, it is notoriously difficult to access; currently the only easy place to land is Nyroysa, a terrace created by a rock slide sometime between 1955 and 1957. This is also currently the site the Norwegian weather station. The only real vegetation consists of hardy fungi and mosses, however the island does enjoy Nature Reserve status as it is an important breeding ground for seabirds. The penguin colonies here were estimated at around 62,000 in 1990 and were made up of the macaroni, chinstrap, and Adélie penguins.