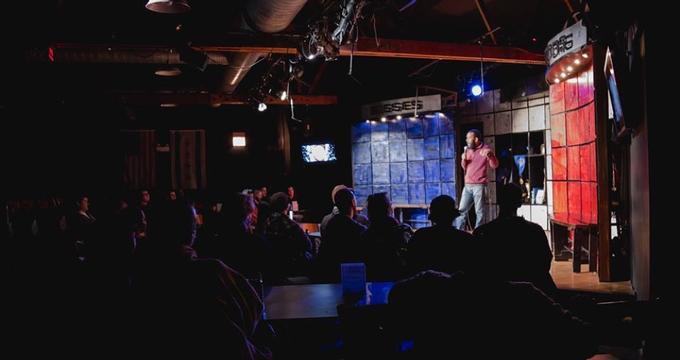 Chicago has always been a hub for art, culture, music, and entertainment. There's something special about the Windy City that draws creative people to it, and it's often seen as one of the top spots in the United States for artists of all crafts and genres to hone their skills and find some of the most engaging and lively audiences around.

Comedy, in particular, has always been a big part of Chicago's culture, with many of the world's greatest comedians of recent decades all starting off in the Second City. Examples include Steve Carell, John Candy, John Belushi, Tina Fey, Amy Poehler, Stephen Colbert, and Bill Murray, but there have been dozens more.

For the uninitiated, ComedySportz is an improv comedy organization that started off back in 1984 in Milwaukee, Wisconsin. A few local comedians joined forces to found the company, having the unique and innovative idea of blending improvisational comedy with sport, offering a new and fun twist on classic improv shows by turning them into a competition.

The style is similar to the classic comedy show, Whose Line Is It Anyway?, but CSZ actually existed before the original British version of that show even aired. In general, each night will consist of two teams of improv comedians battling it out to win the evening's show. It’s always family-friendly too, so this is a comedy club you can enjoy with your kids.

How Does ComedySportz Work?

One of the fun aspects of ComedySportz Chicago is how every evening is different, despite following the same basic rules and structure, so you never quite know what you're going to experience when you visit.

- The Format - A typical show at CSZ will involve two teams of improv 'players' competing in a range of games throughout the night in order to impress the audience. The audience members are the ones who judge the show and hand out points to the funniest team. There's also a referee who judges if any 'fouls' are committed and hands out penalties.

- Penalties - There are several penalties in place at CSZ. The 'Brown Bag Foul', for example, occurs if a player uses any kind of explicit language or refers to something that isn't considered family friendly. The offending player has to wear a brown bag over their heads for the rest of the evening. The 'Groaner Foul', meanwhile, occurs if a player uses a really bad pun that makes the audience groan, and results in a points deduction, unless the player in question is able to claim forgiveness from the audience through a very sincere apology.

So, if you want to enjoy great improv comedy, fun competition, and a great family night out in Chicago, ComedySportz Chicago is the place to be. Here's everything you need to know about visiting:

- Location - ComedySportz Chicago is situated at 929 W Belmont Ave, Chicago, IL 60657. The theater is just a short walk away from the Belmont EL stop, served by the Red, Brown, and Purple lines.

- The Venue - ComedySportz Chicago serves drinks and has a full-service bar, as well as offering snacks, and is fully accessible too. It's a cozy venue, welcoming visitors of all ages.

- The Experience - ComedySportz Chicago hosts standard CSZ shows, as well as improv comedy classes for teens and adults, including beginner courses right up to more advanced classes too. There's even an Improv Training Camp for middle and high schoolers, as well as for adults, and other show types include the Sensory-Friendly shows, designed for families and audience members who enjoy a more supportive, sensory-friendly environment, plus the House Party shows on Sundays, in which three house teams put on unique improv performances through songs, games, and scenes.

Overall, ComedySportz Chicago is one of the top comedy clubs in the city. It’s the best place to go if you want to watch a comedy show as a family, without having to worry about any crude content or language, and, as previously stated, every evening’s show is unique and different as audience members suggest fun new situations and ideas for the performers to play with. website

Romantic Getaways in Illinois: The Steamboat House Bed and Breakfast in Galena

Romantic Getaways in Illinois: The Copperstone Inn at Orchard Ridge Farms in Rockton

25 Best Things to Do in Illinois