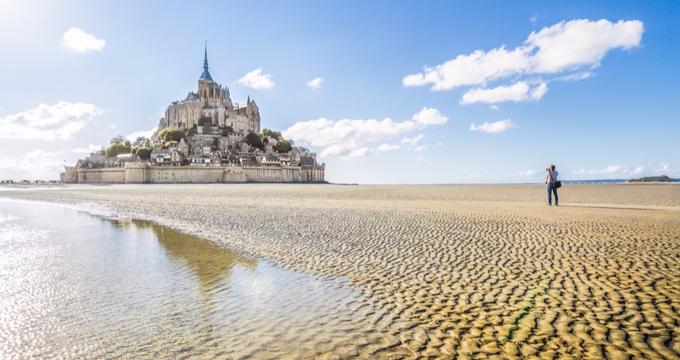 France is one of the most-visited countries in the world, and it’s easy to see why. A nation steeped in history and heritage, France has played a key role in the development of art, culture, science, politics, and civilization as a whole for many centuries. One would need multiple lifetimes to truly explore and appreciate the vast and varied beauty of ‘L’Hexagone’, with France being home to some truly amazing scenery and cities. CDC information for travelers. Hours/availability may have changed. 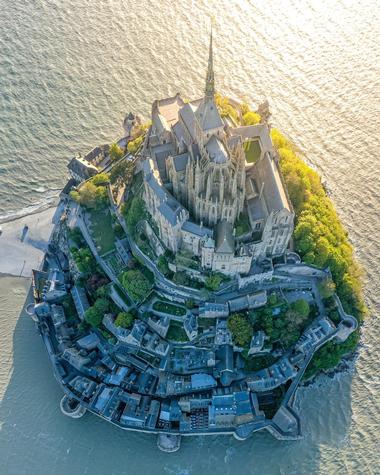 France is one of those rare countries that boasts a truly vast and varied spectrum of landscapes. Whether you’re looking to bask on a sun-drenched beach, explore a medieval village, roam around a sprawling metropolis, go skiing among snowy mountains, or roam around fairy tale forests, France can provide everything you need.

From the charming villages of Brittany and Normandy in the north of the country to the colorful and vibrant coastal cities of the Riviera, France provides so many different possibilities for every visitor. It’s the sort of place where you can plan almost any kind of vacation, and many people choose Paris, the nation’s capital, as their first port of call.

Home of the Eiffel Tower, the Champs Elysées, and the Arc de Triomphe, Paris has a long list of things to see and do, but if you’re looking to see a little more of what France has to offer, planning some day trips out of Paris is always a good idea. Paris is nicely located for many different day trip opportunities, and one of the best options to take a day trip from Paris to the Mont Saint Michel in Normandy. 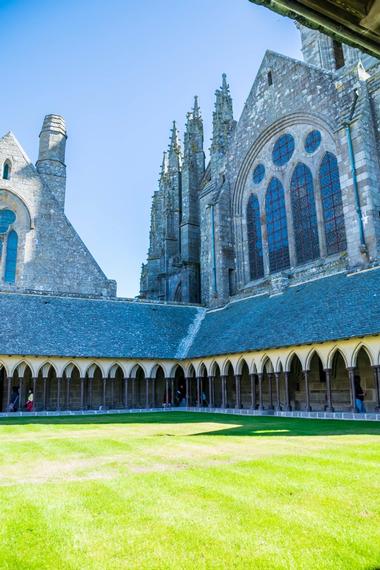 The Mont Saint Michel, which translates to Saint Michael's Mount in English, is the sort of place that seems like it belongs in a storybook, rather than the real world. It was even used as inspiration for the Lord of the Rings movies, and has been visited by many poets, artists, and storytellers over the years.

The Mont Saint Michel is a small island situated in Normandy, connected to the mainland by a single road. It's about half an miles off the coast and covers an area of just 17 acres in total. It's the home of a monastery, which was established back in the 8th century, and has a lot of stories to tell, having once been used as a prison, as well as being successfully held against English attackers during the Hundred Years' War.

3.Getting To The Mont Saint Michel By Car 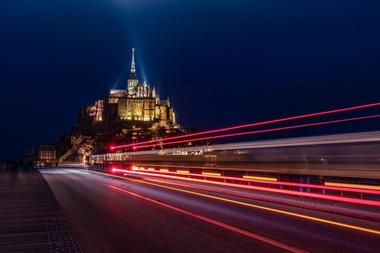 Those who choose to drive to the Mont Saint Michel from Paris need to be prepared for quite a lengthy journey. Following the roads, you'll be traveling over 350km in total (215 miles), and the journey can take up to four hours. It's not a particularly difficult drive, except for the sections in and around Paris, which are often quite congested.

You'll need to follow the A13, which features tolls, and the fastest route takes you via Caen along the northern side of Normandy along to the Mont Saint Michel. In order to really make the most of your day trip, you'll need to set out early in the morning and aim to start your return journey in the evening.

4.Getting To The Mont Saint Michel By Train 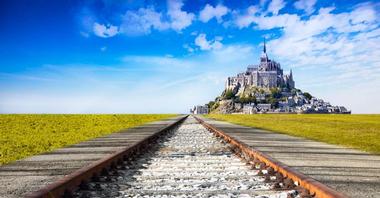 France has one of the best train networks in the world, being famed for its TGV high speed services, so taking the train anywhere in France is usually a good idea. Sadly, there isn't a direct link to the Mont Saint Michel from Paris, so you'll need to take the train to another city and then catch a connecting bus.

You are reading "Paris To Mont St Michel Day Trip this Weekend with Friends" Back to Top or More places to see near me today, what to do, weekend trips

5.Getting To The Mont Saint Michel By Bus 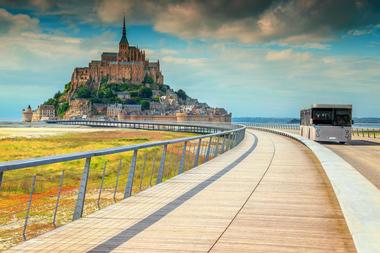 
Taking the bus is often the cheapest way to get around France, but it's also the slowest. There is a direct route, operated by Ouibus, running from Paris Ibis Clichy Batignolles in the 17th arrondissement straight to the Mont Saint Michel. This bus leaves early in the morning, usually at around 7.30am, and arrives at the Mont Saint Michel by around midday.

This means that the journey lasts for around four and a half hours, which many would consider to be too long and tiring for a day trip, but if you're determined to get to the Mont Saint Michel and have no other option, this bus is a possibility.

You are reading "Paris To Mont St Michel Day Trip this Weekend" Back to Top or Restaurants near me, stuff to do near me

6.Important Information and Things to Do at the Mont Saint Michel 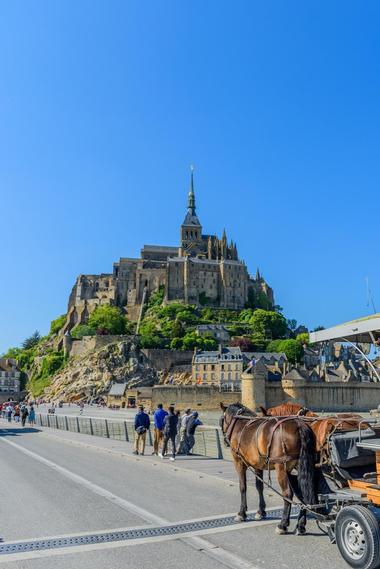 
- Best Time to Visit the Mont Saint Michel - The Mont Saint Michel is beautiful and enjoyable all through the year, but there are still certain times when the experience of visiting this amazing Normandy location can be even better than others. The site is particularly popular in the summer when the weather is warmest, but is perhaps best enjoyed during spring or fall. During these periods, the weather is still usually mild enough for visitors to enjoy their day, and you won’t have to deal with the busy and noisy crowds either.

You are reading "Paris To Mont St Michel Day Trip" Back to Top or More must do for couples, what to do near me, places to visit this weekend