November Holidays and Events in the United States 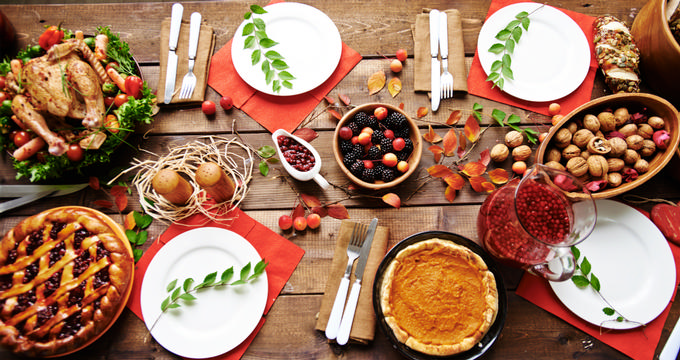 Holidays and special events are an ever-present part of human civilization. As far back as records go, people have enjoyed celebrating certain dates of the year for a very wide variety of reasons. Whether it’s honoring an event that occurred in the past or simply providing a way for people to come together and enjoy themselves, these special days are key moments on the calendar of each new year.

November is the second to last month of the year and is also the month during which many different special occasions and events can be enjoyed. It’s an important time of the year for the US in many different ways, with one of the country’s favorite holidays – Thanksgiving – being held near the end of the month and one of the most important events – Election Day – also occurring in November, with new presidents being elected every four years.

This is a Mexican holiday, which is called Día de Muertos in Spanish. Similar in ways to Halloween, the Day of the Dead is a holiday in which people come together to pay respects to the dead and remember the people they've lost over the years. Images like sugar skulls are associated with this holiday, which has a history dating back many centuries.

Due to the large populations of Mexican people and people with Mexican heritage in the United States, this holiday has become popular on US soil as well. Parades and parties are held annually, with people painting their faces and dressing up in colorful costumes. Flowers and photos are placed at graves or communal areas and everyone is encouraged to honor the deceased in their own ways.

Election Day – First Tuesday after the first Monday of November

Election Day is held on the Tuesday which falls after the first Monday of November. This is the date of general elections of federal officials for the United States. This is a public holiday in certain states, including Ohio and New York, with other states also offering paid holidays on this day so that people can go out and vote.

This day is always important for the American people, but takes on a special importance every four years when the next President of the United States is set to be elected. On these days, most TV coverage is dedicated to the election and many people will stay up and outside in public places to follow the results as they come in, culminating with celebrations on the winning side and disappointment for those who voted for the losing candidates.

This public holiday is held on November 11 each year in the US and similar remembrance holidays are held in other nations around the world too. Veterans Day is a chance for citizens to honor and pay their respects to the brave men and women who spent parts of their lives serving in the various branches of the United States Armed Forces.

The date of November 11 was chosen for Veterans Day as this was the date on which World War I was officially ended. Unlike Memorial Day, which focuses on the people who died on military service, Veterans Day is more focused on living veterans. Some companies and schools close down for the day and federal workers all receive a paid day off. Marches and services may be held around the nation to honor veterans and various acts of patriotism are also performed.

Along with the Fourth of July, Thanksgiving is easily one of the biggest dates on the American calendar. Celebrated on the fourth Thursday of November, this is a day on which people traditionally give thanks for the harvest of the year, but has grown to include many new traditions and ideas over the years. The history of this famous holiday goes back to the 17th century; it is said that the pilgrims from England who landed at Plymouth in Massachusetts sat down for the first thanksgiving meal with Native Americans in 1621.

In modern times, this holiday is associated with huge parades and parties, as well as watching the traditional Thanksgiving football games, eating turkey, and giving thanks for the things in their lives that they feel grateful for. Additionally, the day after Thanksgiving has become known as Black Friday and is the day on which many retailers and companies cut costs of products and services, resulting in huge expenditure around the country in preparation for Christmas.

Art Museum of the Americas in Washington DC