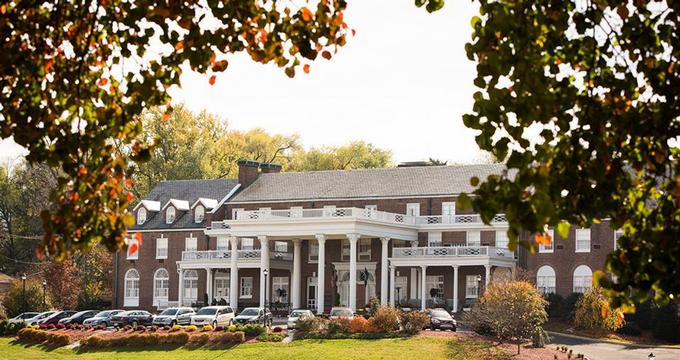 Stylish and classic with a hint of charm and gracious Southern hospitality, the Mimslyn Inn in Virginia offers a luxurious, comfortable and inviting countryside retreat. Nestled in the heart of the Shenandoah Valley surrounded by rolling hills, expansive lawns, beautiful gardens and landscaped terraces, the inn presents a gracious atmosphere, luxurious accommodations, fine dining and personalized service to create an unforgettable Shenandoah getaway.

Exuding a colonial air akin to the antebellum era of the Old South, a grand lobby with traditional winding staircase greets guests on arrival and a magnificent parlor with massive stone fireplace calls for curling up in front of the crackling fire with a bottle of wine from the bar or the Inn's own wine shop.

Located within walking distance of downtown Luray and tucked between the scenic Shenandoah National Park and the renowned Luray Caves, the Inn is ideally placed for exploring the area.

1.The Mimslyn Inn at Rooms & Suites

The Mimslyn Inn offers a variety of beautifully appointed and individually decorated guest rooms and suites to suit every taste. Rooms feature charming décor, gorgeouslinens, and fabrics, private bathrooms and enchanting of the surrounding gardens and grounds, alongside modern amenities and conveniences.

Historic rooms are modestly sized with maximum living space and feature a queen-size bed in plush linens, a private bathroom with shower and bathtub and modern amenities such as individual climate control, flat-screen televisions and complimentary wireless Internet.

The largest of all the guest rooms at the Inn, the Skyline Suites are set in an area of the building that offers extra living space for relaxing and entertaining. These rooms feature plush king-size beds and extra queen-size pull out sofa beds, oversized private bathrooms with walk-in showers and jetted bathtubs, living areas with work desks, electric fireplaces, mini fridges, and other modern amenities such as flat screen televisions in the bedroom and living rooms, individual climate control and complimentary wireless Internet.

The Mimslyn Inn also offers five stand-alone cottages for added privacy, special occasions, and corporate retreats. The cottages feature multiple bedrooms, open plan living spaces with a range of conveniences and modern amenities and are ensconced by the tranquil surroundings of the Inn's grounds and gardens. 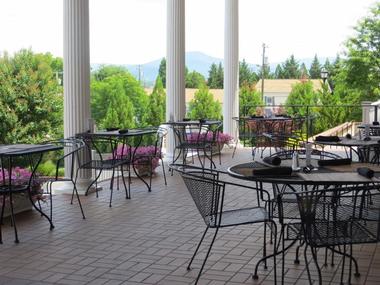 Circa '31serves a classic breakfast, traditional lunches, and elegant dinners for guests to savor. The menu features a range of delicious fare made from local ingredients and seasonal produce complimented by freshly baked bread, fresh salads and an impressive selection of wines from around the world. Favorites include country fried ham and apples, homemade pies and pan-fried chicken. 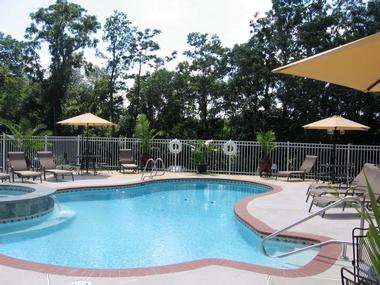 The Mimslyn Inn offers a range of amenities and facilities for guests to take advantage of and enjoy from beautifully landscaped gardens and grounds to wander through to warm and welcoming common rooms with fireplaces and comfortable sofas and chairs. The onsite Circa '31 Restaurant and Speakeasy Restaurant and Bar offer fine and casual dining and beverages, and there is room service and outdoor dining available. The onsite Seasons Spa provides a range of indulgent massages, treatments, and salon services, and there are a modern fitness center, seasonal outdoor swimming pool and year-round indoor hot tub at the Inn.

The Inn also provides a range of business services, such as copying, printing, and fax services, along with complimentary wireless Internet and there are a business meeting and corporate function center, as well as venues for weddings, receptions, showers and other special occasions. 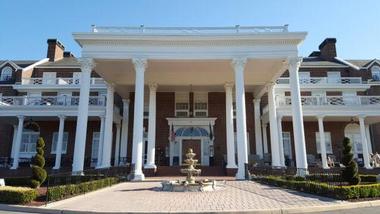 The Mimslyn Inn is the perfect place to celebrate weddings and other special occasions with a full-service ballroom and beautiful garden wedding sites. The Inn's seven acres of landscaped grounds and gardens are ideal for making memories and events can be held in the terraced gardens, on the manicured lawns, or in one of the Inn's beautiful suites or rooms. An Executive Chef and professional staff take care if every culinary need and can create customized menus for every occasion.

Back to: Romantic Weekend Getaways in Virginia

-- You are reading "Romantic Getaways in Virginia: The Mimslyn Inn in Luray this Weekend with Friends" Back to Top

You are reading "Romantic Getaways in Virginia: The Mimslyn Inn in Luray " Back to Top

20 Best Things to Do in Leesburg, Virginia