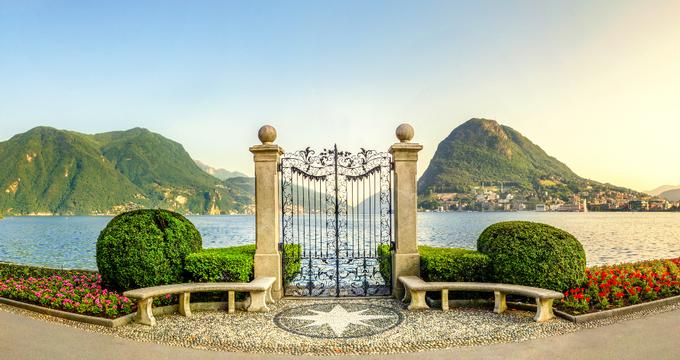 Millions of people head to Europe each and every year. Some of them choose just one country to spend their time in, while others plan expansive road trips all across the continent in order to visit many different cities and locations in a short space of time. Some people are drawn to beaches and sunshine in places like Spain and Portugal, while others are attracted to rich cultural capitals like Paris and London. Some prefer romantic locations like Venice, while others are drawn to rural regions in countries like Norway or Denmark.

There’s clearly a lot to see in Europe, with the continent having so many countries and so much to offer, and any vacation to any European destination can be made a lot more exciting by doing day trips to other places. Plus, another great thing about Europe is that the continents’ rail and road networks are usually quite efficient, offering lots of links between countries, regions, and cities, so no matter where you go, you’ll never be too far away from some other amazing places.

As an example, we can take the Italian city of Milan. Known all over the globe as a key fashion capital for Europe, rivaling the likes of London and Paris in terms of upscale shops and luxury boutiques, Milan is also home to a stunning cathedral and some awe-inspiring monuments. Plus, since it’s located in the north of Italy, it’s ideally situated for day trips over the international border into Switzerland. Here are just some of the fun day trips you can do from Milan to Swizterland.

Day Trip to Lugano from Milan

Situated right in the south of Switzerland, not too far from the international border with Italy, Lugano is located in the country's Italian-speaking area, so the setting will be quite familiar for people taking a day trip from Milan and you won't have to worry about having to understand French or German if you have a basic understanding of Italian. Lugano is also one of the closest Swiss cities to Milan, being about an hour away by train or about 90 minutes away by car.

Lugano is a beautiful lakeside city, looking out over Lake Lugano and surrounded by mountains covered in forests and vegetation. The city is home to a charming neoclassical square, the Piazza della Riforma, and some lovely architecture, as well as a nice blend of Swiss and Italian cultures, cuisines, and identities. It’s a great place to visit if you’re looking to escape from the hustle and bustle of the big city for a little while and enjoy some lovely natural scenery.

Day Trip to Lausanne from Milan

Sitting on the side of Lake Geneva, Lausanne is located in the French-speaking part of Switzerland and is quite a distance away from Milan, but it still doable for a day trip and is definitely worth the extra time you'll spend sitting in the car or train to get there. To get to Lausanne from Milan, you can drive for about four hours on a very scenic route, or you can take a train and get there in a little over three hours instead.

Once you arrive at Lausanne, you'll find that the city has a lot to offer. It's the home of the International Olympic Committee, so has a couple of associated attractions like the Olympic Museum and Olympic Park. It also offers lots of lovely lakeside walks, as well as a 12th century cathedral and a 19th century palace, which is now used as a mixture of art and science museums.

Day Trip to Locarno from Milan

Not too dissimilar to Lugano, but a little further away, Locarno is an Italian-speaking town in southern Switzerland. It sits on the side of Lake Maggiore and is only about two hours away by train from Milan. If you take a rental car, you can get there even faster on a good day with minimal traffic, so either option is fine for a day trip.

Locarno is a very romantic destination, perfect for couples and lovers of all ages. It's ideal for lakeside promenades and fine dining, with plenty of charming little shops and great restaurants dotted around the city down by the lake. It's also home to the wonderful Santuario della Madonna del Sasso sanctuary, which can be reached by a special railway line, along with some interesting museums.

Day Trip to Basel from Milan

Basel is a long distance from Milan, so you'll need to be ready for a four hour train ride to get there. However, if you are willing to make the journey and don't mind sitting around in a train for a while, the beauty of Basel will more than justify your expedition. Just be sure to book your tickets in advance to get the best price and remember to set off very early in the morning (around 6am) in order to have a full day in the city.

Situated on the Rhine River in the northern part of the country, not far from both the French and German borders, Basel is a fascinating city with a lot to offer. Lots of fun festivals and celebrations are held here each year, and the city is centered around its iconic Marktplatz. It's also home to a 12th century cathedral, multiple museums, the oldest zoo in Switzerland, and a historic university.