Things to Do in North Carolina: Greensboro Historical Museum 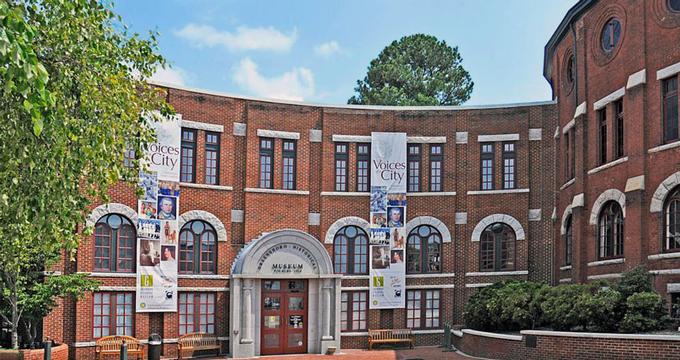 Situated in the heart of downtown Greensboro, North Carolina, the Greensboro Historical Museum is a great way to spend an afternoon in the city. Across the street from the Greensboro Children’s Museum and down the street from Center City Park, the Historical Museum is part of a complex of attractions. The Museum spans 17,000 square feet of permanent and short term exhibits, celebrating the history of the Piedmont area of North Carolina, focusing on Greensboro and Guilford County.

The main building of the Museum is one of Greensboro’s oldest, more than a century standing, and embodies history itself, having originally been a First Presbyterian church. Founded in 1924 by a group of volunteers, the vision of the Greensboro Historical Museum is to be a vibrant, visible, and valued community institution.

The collections of the museum highlight the city’s role in the history of America, telling the personal stories of prominent people from the area. Such individuals include noted author O. Henry, First Lady Dolly Madison, educator Charles Henry Moore, as well as the Native Americans, African Americans, Quakers and so many more who lived the story of the city. Visitors can also learn about the city and county’s role in the Colonial Era, the Civil War and the Civil Rights Movement. 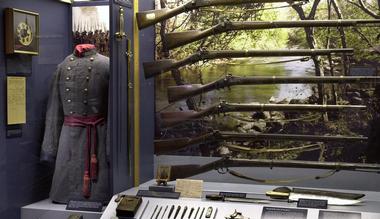 The Greensboro Historical Museum boasts many exhibits in its permanent collection aimed at peaking a wonder of imagination and sense of nostalgia. Retelling the history of the area in unusual and provocative ways, the Museum takes visitors on a journey of remembrance and education. The collections and archives document the history, the lives and the lessons of past residents of The Piedmont, North Carolina, the plateau region between the Appalachian Mountains and the Atlantic Coastal Plain.

Welcome to the Gate City

Explore the story behind the city’s nickname, in this permanent exhibit at the Museum. Taking visitors through life in the early 1900s, this interactive and immersive exhibit seemingly goes back in time. Highlighting the period when the railroad through Greensboro was the gateway to the rest of the country, Welcome to Gate City lets guests experience what life was like during that time.

Focusing in on a specific aspect of the Civil War, the Murphy Confederate Firearms exhibit explores the distinctive and unique weaponry of that time. With over 150 examples of long arms, this robust exhibit showcases weapons from every major Confederate armory. The exhibit is supplemented by contemporary paintings and other Civil War antiques and artifacts, telling the story of the war through the instruments used to carry it out.

Decorator and designer Otto Zenke, born in 1904, developed a passion for 18th century English interiors. He turned this passion into more than just a hobby; he created miniature masterpieces. During his life, he built 14 miniature rooms, 12 of which were donated to the Greensboro Historical Museum. The museum rotates which of the rooms are on exhibit, but typically three can be seen at any time. Zenke moved to Greensboro in the 1930s, where he was chief decorator for a local furniture company through the 1940s. His miniature rooms, which are even smaller in scale than most, have been exhibited in New York and other American cities.

Voices of a City

Highlighting more than 300 years of local history, Voice of a City ponders what a city would say if it could tell its story. From ordinary objects such as a rifle from the battle for independence, to a flight attendant’s handbook from the crash of United Airlines Flight 93 on September 11, 2001, this exhibit takes visitors through history in unusual ways. The exhibition is broken up through generations of local history, guiding visitors on a journey through time. 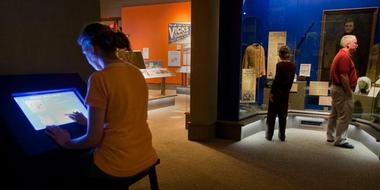 Stretching far back into the Revolutionary War era and before, these displays introduce the migration of Europeans to the Carolina backcountry, with its dense forests and plentiful land. The exhibit also educates guests on the Native American tribes of the area and their interaction with the influx of European migrants.

The displays of this exhibit walk guests through the founding of Greensboro in 1808. The city was named for the Revolutionary War general, Nathanael Greene. At that time, the community was comprised of modest homes, with the feel of a village.

The struggle and strife of the Civil War was embodied in the turmoil of Greensboro, brought to life in this exhibit. Once pro-union, the debate over slavery created a chasm in the city, with some residents supporting what they viewed as a Bible-ordained right to slavery, and many others supporting the freedom of slaves. When North Carolina seceded from the Union in 1861, it threw Greensboro squarely into the Confederacy and the long war ahead.

The history of textile production and abundance of cotton in the South made denim a natural fit for industry in Greensboro. The City built up this production, creating jobs and success in the region. During the Second World War, the mills were to put to service in the wartime effort.

The post war era in Greensboro brought residents into an era of changing identity, what the city was, is, could and should be. This included growing strife and unrest regarding segregation, from the streets to college campuses. This exhibit takes a closer look of this time of change for the city during the Civil Rights Movement.

This final stage of the Voices of a City exhibit looks at the nature of Greensboro from the last 30 years and into the future. From the small town atmosphere to the ever changing history that defines the city, Today’s Gate City Exhibit seeks to look to a bright future while acknowledging the challenges of the past. 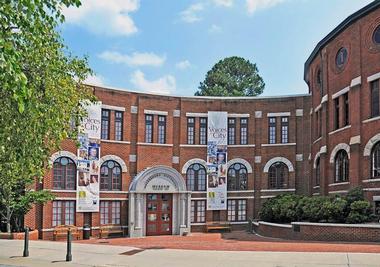 In addition to the permanent exhibits at the Greensboro Historical Museum, there are many temporary exhibits for visitors. These vary greatly from Weaving Wonders with Historical Threads, to The Emancipation Proclamation, to Down Home – Jewish Life in Greensboro, just to give a few examples of past exhibits. These varied and provocative exhibits supplement and enrich the permanent exhibits of the Museum. In addition, the Museum hosts scores of events throughout the year. These include periodic productions of O. Henry plays, garden parties and holiday celebrations. These interactive events bring the history of the area to life.

In addition to the Museum itself, its campus location includes several other historical centers. The fully restored Historic First Presbyterian Cemetery houses the final resting place for veterans from the Civil and Revolutionary Wars, with the oldest graves dating from 1831. The stone lined paths and garden grounds provide a peaceful place for reflection on the past. The cemetery is accessible through the Museum gift shop.

Next to the museum is the Mary Lynn Richardson Park and Historic Buildings where visitors can stroll winding walkways and enjoy the museum experience outside among alfresco sculpture. Other attractions at the Museum campus include the Francis McNairy House, showcasing furniture and décor from the late 1700s and early 1820s. The Hockette Blacksmith and Woodworking shops are also open for tours with demonstrations and examples of historic crafts. Visitors may also want to visit the David & Rachel Caldwell historical center, just a few miles from the Museum, but still part of the historic Greensboro experience. The center, telling the story of a prominent founding couple, is also an archeological investigation of the town and 18th century life. 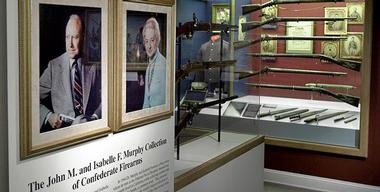 Situated in the middle of the downtown area, the Greensboro Historical Museum is conveniently accessible and offers free parking in two adjacent lots. Visitors are recommended to check the Museum’s website for more information on visiting hours, closures and city holidays. The Museum calendar of events is also listed on the website and includes such special events or exhibits as Goulash and Ghost Stories in the Graveyard, Women’s History Month or Holidays at the Museum. Family friendly activities such as scavenger hunts create an enriching experience for younger visitors, as well. During a visit to the Museum, guests may also enjoy visiting the International Civil Rights Center & Museum, the Greensboro Cultural Center or the Greensboro Public Library, all of which are located nearby. An abundance of shops and restaurants in the area round out a day in downtown Greensboro.

Back to: Best Things to Do in Greensboro, North Carolina.


Things to Do in North Carolina: Greensboro Historical Museum