Things to Do in Colorado: Denver Botanic Gardens 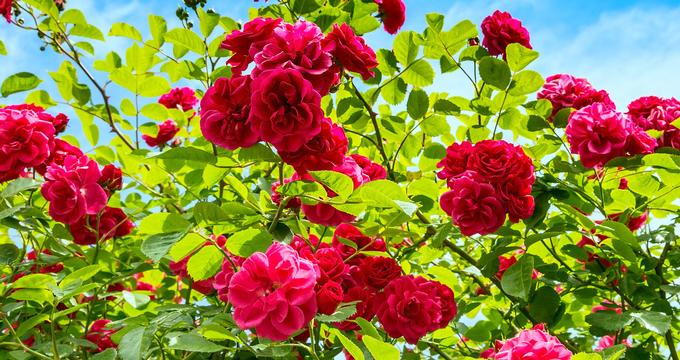 The Denver Botanic Gardens, located in Denver is one of the most celebrated public botanic gardens in the United States.

With thousands of types of plants spread across 24 acres, the garden aims to be an urban oasis and a tranquil green space in the midst of city sprawl. It is a spot for education, entertainment and contemplation, and has a focus on semi-arid plants like the ones which grow wild in the region. While the main bulk of the formal gardens are located at York Street in Denver, there is also a second site, Chatfield Farms, in Chatfield Bluffs in the southwest outskirts of Denver.

Split across two locations, city slickers can take some time to wander the gardens in York Street or head out of town to the 750 acre Chatfield Farms native plant refuge. In the main area of York Street, there are a huge number of different gardens which mostly fall into five broad categories: Gardens of the West highlight Colorado’s native plants; Internationally Inspired Gardens are modelled after gardens from around the world; Ornamental Gardens reach their peak in spring during flower blossom season; Shady Gardens aims to provide cool relief on hot days; and the Water Gardens focus on aquatic plants and water features.

Gardens of the West feature 18 different gardens showcasing plants that grow in arid areas through all seasons and weather, making them an appealing sight even during the winter months. Local flora such as bristlecone pines sit alongside native shrubs and grasses, and the Promenade Garden shows off how these low-water plants survive on the state’s steep slopes. Endangered and rare local plants are safe in the Conservation Garden. A greenhouse is home to 20 different types of cactus and succulent plants from across the Americas, while other gardens highlight the natural biodiversity of mountainous regions with dwarf conifer trees and ponderosa pines. Other interesting gardens here demonstrate yuccas and agave family plants in the Dryland Mesa (which receives no additional water), or plants sacred to the Native Americans of the Four Corners region.

The Internationally Inspired Gardens move away from Colorado and look to the wider world for their gardening inspiration, though many of the regions are fellow steppe areas which have a similar climate and soil composition to Denver. Japanese gardens host a variety of local and tropical species within their confines, and each aims to give a different authentic flavor of the Far East: The Ella Mullen Weckbaugh Tea House Garden features an actual Japanese tea house that was shipped from Japan, while Shofu-en was inspired by the nearby Rocky Mountains and features 130 character pines. There’s also the Bill Hosokawa Bonsai Pavilion, which presents an interesting look at bonsai plants from around the world. Other gardens take inspiration from further afield, like the South African Plaza which highlights that region’s floral diversity and fragility. June’s PlantAsia garden has species gathered from all over Asia, with special attention paid to the Himalayan pines and plants from Kazakhstan and Pakistan’s steppe regions.

Ornamental Gardens are open all year round, though they are most colorful during spring when many of the flowers blossom. The gardens here tend towards the romantic or wistful, including walkways, arches, gazebos and pavilions alongside beautiful planting patterns. Wander through the ever-changing scents of blooms in the Fragrance Garden and let your nose take the lead in the Gloria Falkenberg Herb Garden. Gardens here appeal to all the senses, and many have strong aesthetic themes such as being arranged by color or in interesting patterns. Still other ornamental gardens are dedicated to specific flower families, with the Lilac Garden and May Bonfils-Stanton Memorial Rose Garden being clear examples.

High summer sees visitors flock to the Shady Gardens choices, as the cool plants here attract birds and insects alongside their human guests. The Birds and Bees Walk makes the most of the Botanic Gardens’ natural neighbors, as it is populated with plants that attract birds, pollinators and insects – guests can catch sight of bees, butterflies and even hummingbirds. Oak Grove is dedicated to the hardy oak trees, and the Woodland Mosaic creates a fairy grotto in the forest where low-light plants grow. Shady Lane is full of crabapple blooms and spring ephemerals in springtime, but by summer it serves as an inspiration for gardeners looking at how to create low-light gardens.

Another great summer draw is the Water Gardens, which are only open between June and September and thrive on the aquatic waterway that winds through the York Street site. Over 450 different aquatic plant species grow here. The Four Towers Pool is dedicated to a different type of aquatic plant every year and always looks resplendent thanks to its tower fountains and lush greenery. The Monet Pool, meanwhile, hosts an immense array of aquatic plants, from classic waterlilies to cannas, iris, cattails and pickerel plants.

Besides these five different types of plants, the York Street site also has other attractions. The Mordecai Children’s Garden lets kids get up close and personal with plant life in a variety of different eco-systems, and the Science Pyramid shows off the scientific side of the Gardens’ mission. Its exhibition uses interactive technology to demonstrate how horticulture works in steppe regions in Colorado and around the rest of the world.

Chatfield Farms, meanwhile, sits a short drive out of Denver: A 750 acre refuge for native plants as well as a working farm, known for its exceptional bird watching. The Wildflower Gardens showcase 150 different types of rare native wildflowers and shrubs, and the Lavender Garden cultivates 14 varieties of lavender alongside low-water trees and perennials which encourage pollination.

The environment at Chatfield Farms is far more relaxed than at York Street, and events year-round focus on the site’s importance as a farm and ranch. The Farm includes the historic Hildebrand Ranch, which was first created in the 1860s by pioneering settlers as nothing but a humble log cabin and expanded through the 1870s into an impressive, extensively renovated farm which is now on the National Register of Historic Places. In its heyday, the farm had a stable and milking barn catering to 600 Hereford cattle, as well as a wagon shed, a schoolhouse (built in 1874), a granary to store grain, an icehouse and a woodshed. There’s also a recently renovated blacksmith shop, which is fully-functional and fascinating.

Before the Botanic Gardens were created in 1951, the site of the York Street gardens used to be Mount Prospect Cemetery. Most of the graves were removed from it in 1893, but occasionally remains were found during work. The Denver Botanic Gardens have been pioneers in creating different garden types and especially in focusing on water conservation and drought-resistant plants.

The Dryland Mesa at York Street was the world’s first Xeriscape Demonstration Garden in 1986, and paved the way in creating low-water gardens. The creation of Shofu-en was also historic; it was designed by Koichi Kawana, and its name translates to “Garden of Pine and Wind.” It was built in 1979.

Programs are offered by the Denver Botanic Gardens for learners of all ages and cover a range of topics. These vary wildly, from traditional gardening help, to the School of Botanical Art and Illustration. Adult programs, children and family programs and school programs are all offered to local citizens to help them learn more about plants and horticulture.

Beyond this, there are also outreach programs which occur: Excursions to the nearby Mount Goliath for wildflower hikes are organized during the summer and therapeutic horticulture is also taught.

The Denver Botanical Gardens at York Street are surrounded by greenery. The sprawling expanse of Cheesman Park lies directly behind its entrance, to the east of Denver, while Congress Park is only a block away to the west.

Other interesting sights within a short walk of the Gardens are the Denver Zoo, and Museum of Nature and Science to the North (continuing straight up York Street), and the Country Club Historic Neighborhood (around five blocks to the south).

Things to Do in Colorado: Bishop Castle