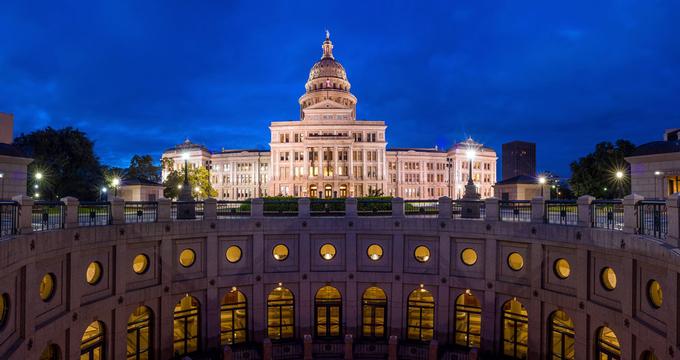 Austin, TX is known for its sunny days with more than 300 days of sunshine each year. Austin is known for its outdoor activities, so people come to visit the city during all of its four seasons. The spring and fall are the best times to visit Austin.

From September to November and from March to May, the temperatures are perfect for a visit to Austin, Texas. Room rates are slightly higher during the spring and fall. Winter temperatures are mild so this is another option. The summer, from June through August, is extremely hot and humid and most visitors will not be accustomed to this. CDC information for travelers. Hours/availability may have changed.

January is the coldest month of the year in Austin, TX. This part of Texas generally doesn’t experience any freezing or ice as average high temperatures are at 62°F (16°C), while low temperatures will drop to 42°F (6°C) at the lowest.

In February, average high temperature increases to 65°F (18°C). Low temperatures increase at the same rate and average at 45°F (7°C). While the climate during the day is nice and cool, be prepared for chilly evenings.

March sees a considerable increase in temperature as Austin’s winter season comes to an end. Average high temperatures jump to 72°F (22°C). Meanwhile, average low temperatures also make a climb to 51°F (11°C). March is also one of the wetter months of the year as precipitation rates average at roughly 3 inches (70 mm).

In May, Austin sees the most rainfall out of the entire year with an average of 4 inches (111 mm) of precipitation. The average high and average low temperatures also make a big leap and range from 87°F (30°C) to 67°F (19°C).

Austin Weather by June: The weather in June continues an upward trend with an average high temperature of 92°F (33°C). The average low temperature also increases to 72°F (22°C).

July is the driest month of the year with a maximum of 2 inches (48 mm) of average rainfall. It’s also the second to the hottest month out of the year with an average high temperature of 96°F (35°C). Low temperature is 74°F (24°C). The heat is definitely on for this month, making it the best time to head to coast for a quick beach trip.

August is the hottest month of the year in Austin with a peak average high temperature of 97°F (36°C). The average low temperature increases by a single degree compared to the previous month.

In September, the temperature decreases, offering Austin a respite from the punishing heat of the hottest summer months. The average high temperature hits 91°F (33°C) while the average low temperature will go down to 69°F (16°C).

Austin Weather in October: Temperatures decrease considerably in October to a much cooler average high temperature of 82°F (22°C). Low temperature average is at 61°F (10°C). This month is also one of the top months in terms of precipitation with nearly 3 inches (99 mm) of rainfall.

In November, temperatures drop quickly as the winter months approach. An average high temperature of 71°F (22°C) can be expected while 51°F (10°C) is the average low temperature.

December is the second to the coldest month of the year after January. The high temperature average generally peaks at 63°F (17°C). The average low temperature will drop to 42°F (6°C).

The most action-packed time to visit Texas is during the shoulder season of late March to May as this is when most festivals and rodeos take place. For those who wish to visit during the lean seasons, September through early November is another great period to come down to Texas. The ideal time to visit Texas for outdoor activities and beach trips is between the months of June and August. December is the perfect time to visit is you’re a fan of Christmas activities like the Austin Trail of Lights and the Armadillo Christmas Bazaar.

Many people travel to Austin by air. The Austin-Bergstrom International Airport is conveniently located just 8 miles from downtown Austin. For people who enjoy traveling by train, Amtrak has a service called the Texas Eagle which connects Austin to Los Angeles to the west via San Antonio, El Paso, and Tucson; and north to Chicago via Dallas, Fort Worth, Little Rock, and St. Louis.

By car, Austin can be reached by I-35 which runs north-south, or by Highway 290 which runs east-west. Greyhound provides nine buses per day between Austin and San Antonio with very reasonable fares.

Read more: Best Things to See & Do in Austin.

3.Getting From the Austin Airport

Getting from the Austin-Bergstrom International Airport into the city is quite easy: there are many options. The MetroAirport is a bus service from the airport to several locations in Austin. Buses leave the airport every 30 minutes and the fares are very affordable. The bus can be found just outside of the baggage claim area.

Return buses depart from downtown, the University of Texas, the Capitol, and from several stops along Riverside Drive. Another option is a shuttle service called SuperShuttle. There are many limousine and taxi companies that provide transportation from the airport to the city. There are also many car rental companies at the airport.

There is a Visitors Information Center in the baggage claim area of the airport. Staff can help visitors with accommodations, transportation, and attractions and events. The city’s main visitor information center is the Austin Visitor Center located at 602 East Fourth Street. If you need parking, it is located at the nearby Convention Center Garage.

In addition to helping visitors find lodging and offer information about events, restaurants, and shopping, staff can help visitors choose from a large variety of tours that are available. Some of these include Austin City Limits Studio Tours, Austin Duck Adventures, Double Decker Austin, and Downtown Walking Tours.

5.Getting Around Austin by Public Transportation


Austin’s regional public transportation is called Capital Metro Transit and it has been in operation since 1985. This is by far the best way to get around Austin: 32 million people use this system every year. There are single ride fares as well as several different kinds of passes.

Capital Metro Transit consists of 32 miles of light rail that cover the area from downtown to the northwest suburb of Leander with 9 stations along the way. The light rail operates every day except Sunday. The buses run on 50 routes with approximately 3,000 bus stops. There are also eight express routes and 19 University of Texas shuttle routes.

Next read: Austin to Dallas

6.Getting Around Austin by Car, Taxi, On Foot


Some visitors prefer to use cars to get around Austin. This can be challenging because Austin is known for having some of the worst traffic problems in the country; parking can be hard to find; visitors must drive carefully in order to accommodate the locals with their style of driving; and, between the cost of renting a car and paying for parking, navigating Austin by car can be expensive.

Taxis are also expensive but they can be a quick way to occasionally get from one place to another in Austin. Austin is known for being a pedestrian-friendly city: there are many crosswalks and sidewalks that make walking a good way to explore the city.

Austin offers a wide variety of places to eat, from upscale restaurants to food carts parked here and there around the city. No matter where you eat, even at fine dining restaurants, you will find that everyone dresses casually.

There are many different types of shopping experiences in Austin that await visitors who like to shop. Austin is known for its arts and crafts, books, folk art, and music. In the downtown area there are many specialty shops offering things such as clothing, hot sauce, interior design items, and music items.

In the South Congress area there are antique shops, art galleries, boutiques, clothing shops, folk art, and more. The merchants in this area put together a street festival with music and other kinds of entertainment once a month. There are several shopping malls in Austin and there are many factory outlets just south of Austin.

Of the many neighborhoods in Austin, most visitors will spend the majority of their time in the downtown area of the city. Here visitors will find bars, hotels, restaurants, the University of Texas campus, and several museums. These include the Austin Children’s Museum, the Bob Bullock Texas State History Museum, and the Mexic-Arte Museum.

Town Lake is also a popular attraction in downtown. The Drag is on Guadalupe Street and is full of vintage clothing boutiques, record stores, and the Renaissance Market, an outdoor marketplace. The Hyde Park and Clarksville district is mostly residential with some bed and breakfasts. The East side is known for its Hispanic markets and Mexican restaurants.

10.Getting Married in Austin 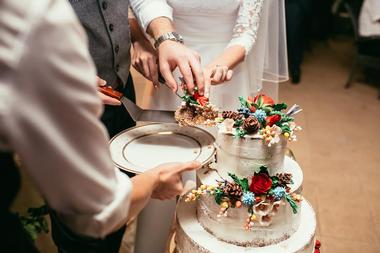 Some visitors to Austin choose this fun city for their wedding. A marriage license can be obtained at the Austin County Courthouse located at One East Main Street, Bellville, TX. For those who are interested in a hotel for their wedding venue, Austin offers many choices.

These include the Embassy Suites Austin Central, the Lakeway Resort and Spa, and more. There are many outdoor wedding venues thanks to Austin’s temperate climate. Some of these include the Inspiring Oaks Ranch, La Estancia Bella, the McKinney Roughs Nature Park, the Railroad Ranch, and Reunion Ranch.

11.Where to Stay in Austin 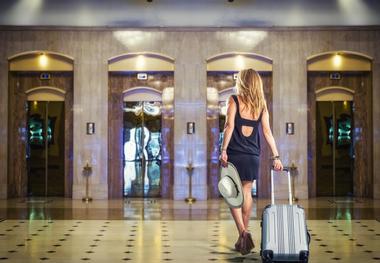 Visitors will find a large variety of accommodations in Austin. There are luxury hotels as well as resorts such as the Hill Country resorts with their spas and golf courses. Some hotels are historic while others are boutique hotels and ultramodern hotels.

Accommodations are usually easy to find, but the busiest month is March: this is when the South by Southwest music festival takes place and hotel rooms fill up. Some of the areas that are good for finding lodging include downtown Austin; the area close to Lady Bird Lake; the South Congress area; South Austin; and Hyde Park near the University of Texas.