9 Best Things to Do in Otago, New Zealand 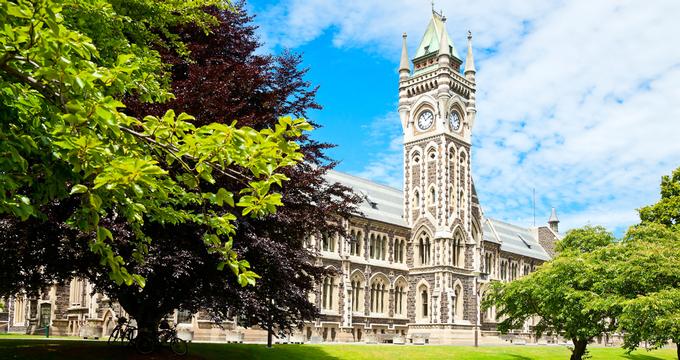 Dunedin is the principle city in the Otago area. It was the largest city of New Zealand's south island during the gold rush of the mid 1800s. Many reminders remain of this era, including the country's only castle, an enormous Edwardian mansion with all its trappings, and an ornate railway station. Remnants of the goldfield sluices, farming ingenuity and Edwardian engineering can still be seen, thanks to preservation efforts. The land surrounding Dunedin, was forged from volcanic rock. Wildlife abounds in the sea, inland and along the rugged coast. A major attraction is the albatross hide. 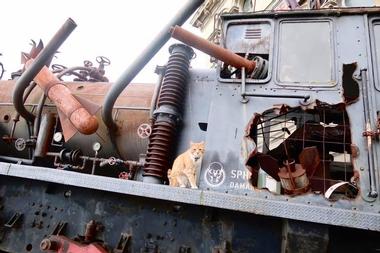 This interactive museum, dedicated to the SciFi genre of Steampunk is aptly situated inside a Victorian era stone building. Here families can explore an alternative, retro-futuristic view of 19th century England as it could have been. As its name suggests, Steampunk explores the possibilities of steam-powered technology in a bygone era. The museum showcases art, movies, sculptures and sound, true to the genre. It is open from 10 am to 5 pm, 7 days a week, all year round, except for Christmas Day. There is a dress-up room and a gadgetorium to explore. Photography is encouraged. 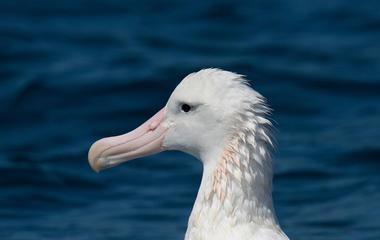 The Centre offers a range of tours. The albatross tours take between 60-90 minutes and include viewing the birds in their natural habitat, up close from a glassed-in observatory, and a short film on the life cycle of the species. This mainland breeding colony is the only one in the world. The Blue Penguin tours take place at dusk every evening when these small birds can be seen leaving the sea to nest for the night. The Tiki Tour offers a guided drive around the Otago Peninsula. Tours run throughout the day, all year round. 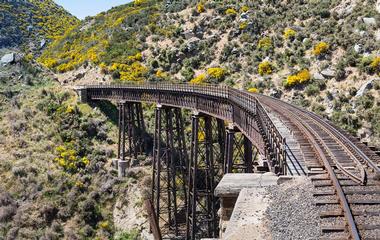 The Dunedin railway offers a range of short and long, world-class, luxury rail journeys, starting at the city. It takes between 4-6 hours to visit the Taieri Gorge and the scenic hinterland of the Otago Peninsula and 2-4 hours to travel the coastal route with its rugged scenery. Trips are run daily. The longer rail journeys take 5-7 days and travel further afield, across New Zealand. There is a licenced café on board which offers a range of prepared meals that can be accompanied by tea, coffee, beers or wine. Special events and groups can be accommodated. 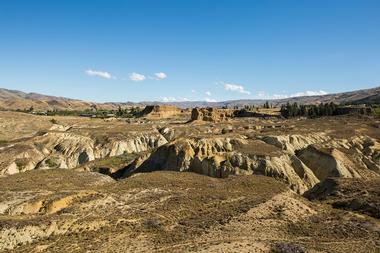 Feted as New Zealand's wild west, the sluicings made by miners water blasting their way to the alluvial gold, have created a spectacular desert-like landscape. The domain, deserted since the last gold miners left, features the remnants of houses, cave dwellings, blacksmith shops and the intricate water system that sustained the mining practices. The area, which has been declared a landmark by the Otago Goldfields Heritage Trust, can be explored on foot or bicycle via a network of trails. Vehicles can also reach the vantage points from which there are panoramic views of the area. 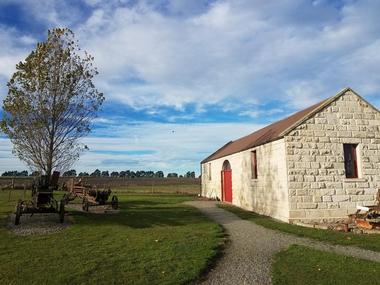 
Farming started on the estate in the 1850s. The farm grew to 15000 acres, with 17600 sheep, by the 1880s, before the wool price dropped and demand for mutton fell. The general manager of the enterprise devised steam-powered technology that could freeze meat long enough for it to reach England, by ship three months later. The technology revolutionized the industry and sheep farming is still lucrative to this day. Smaller farms became viable so the farm was carved up. The land and the farm buildings have been restored and interactive, multimedia exhibits installed. There are various relics of the age and a shop selling mementos. Visitors can also enjoy picnics, walks and views. 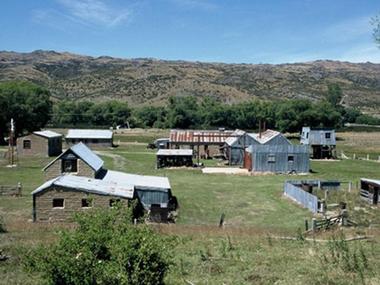 
Ernest and Hannah Hayes were an enterprising couple. Ernest invented labor saving farming tools. His 1924 fencing wire strainer is still in use world wide today. Hannah rode all over the area on bicycle, selling his products. The Engineering works grew as did their family – to 9 children. A commentary brings the many facets of the preserved workshop alive again. The homestead, although made of mud, did not escape Ernest's enterprise and has been made interesting by his inventions. Self-guided tours of the property are possible but a guided tour can be booked. There is a gift shop and café on the premises. 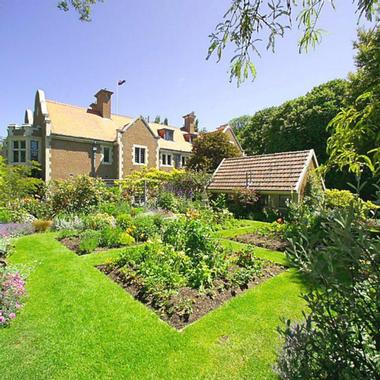 David Theomin was a self-made man. He was born in Bristol and made his fortune through various ventures in New Zealand. His wealth enabled him to indulge his love of the arts. Olveston House was built in the Edwardian era, just after the turn of the 20th century. It has been preserved with all of its prized artwork, fine furniture, fittings and fabrics intact. The imposing multi-story building is set in a beautiful garden with a large conservatory. There are 6 guided tours per day, every day except Christmas Day. Access to the garden and gift shop are free. 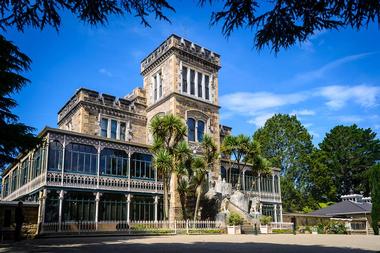 In 1967, the only castle in New Zealand was almost a ruin and being used a sheep pen. The Barker family took on the expensive task of restoring it to its former glory, including the furniture and artwork. The gardens were equally neglected and totally overgrown. Today they have also been restored and awarded 'Garden of International Significance' status. The house is used for special events, weddings, conferences and balls. Luxury accommodation has been built on the grounds and self-guided tours are permitted in the castle and gardens. There is a gift shop and café on the property which is open year round. 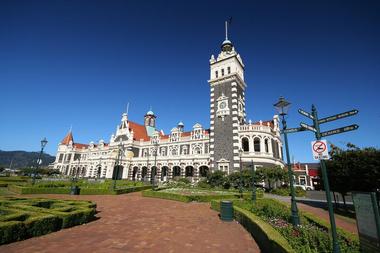 The ornate station building, nicknamed Gingerbread George, was a reflection of the opulent times of the gold rush. It was 25 years in the planning and finally emerged as a Flemish Renaisance design. The dark basalt stone is trimmed with light Oamaru stone. The pillars of the front colonnade are made of pink granite and the domes are capped with copper. The booking room floor is made of a quarter of a million mosaic tiles, depicting locomotive motifs and the initials of the New Zealand Railway. A Royal Doulton frieze and stained glass windows repeat the motifs. Now it houses a market, restaurants and New Zealand's Sport Hall of Fame.

9 Best Things to Do in Otago, New Zealand

25 Best Literary Festivals in the World