April Holidays and Events in the United States 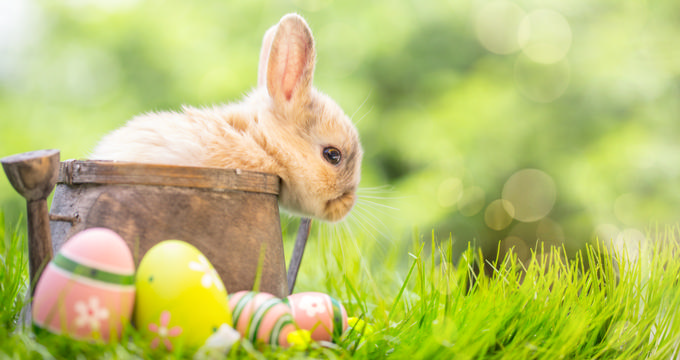 Holidays and special events help to add some excitement and variety to our lives. These special days stand out compared to all the others, giving people reasons to celebrate and have fun together. There are many different US holidays and special events held at all times of year, both on a national and state level. Every month brings new holidays and new reasons for people to have fun. CDC information for travelers. Hours/availability may have changed.

April is a beloved month for many people in the United States. Spring is in full force at this time of year, with blooming flowers and new life blossoming all around. Most of the country enjoys warm weather at this time of year, providing the perfect conditions for holidays and celebrations of all kinds. Here are some details on some of April’s best holidays and special events.

Celebrated in many countries around the world, April Fools’ Day always falls on the first of April. The history of this holiday goes back several centuries and April Fools' Day seems to have been celebrated as far back as the 16th century in certain European countries. As the name of this holiday suggests, April Fools' Day is all about making fools of other people, so a large part of the usual April 1 traditions revolve around playing pranks and tricks on each other. In recent years, with the development of the internet, global companies have also joined in on the fun and posted false stories or jokes online to try and trick their users.

Easter can also occur in March but most often occurs in April. A very important date for Christians around the world, Easter is said to honor the day on which Jesus Christ returned from the dead after his crucifixion. It’s a time of celebration for Christians and also signals the end of the period of Lent, during which many Christians fast. The date on which Easter falls changes from year to year as it is said to occur on the first Sunday after the ecclesiastical full moon that occurs on March 21 or the days that follow. Easter has connections with other religious festivals too, notably the Jewish holiday of Passover.

Christians celebrate Easter in many different ways, often involving church festivals and services, but nowadays, even non-religious people enjoy this April holiday. A common tradition is the giving and eating of chocolate eggs, which symbolize new life and birth, themes commonly associated with spring-time. The ‘Easter Bunny’ character has also become associated with this holiday, which is very popular among children. Kids can enjoy Easter egg hunts in backyards or parks on this day of the year, with special hunts also organized for adults in certain locations.

This annual holiday is celebrated in many states and celebrates the first important battles of the Revolutionary War: the Battles of Lexington and Concord. The history of the holiday goes back many years and is an important day for American patriotism. The four states of Wisconsin, Connecticut, Maine, and Massachusetts officially observe this holiday in some form or another, while the state of Florida also encourages people to celebrate Patriots’ Day, with many other states also paying homage to this special day by flying American flags and performing patriotic acts. Re-enactments of the famous battles occur in some locations and this is also the date at which one of America's most iconic sporting events, the Boston Marathon, is held.


Fitting celebrated all over the world every single year on April 22, Earth Day is an annual celebration of our home planet. Many different events are held to celebrate Earth Day, which is honored by over 193 countries all across the globe. The holiday was first celebrated back in 1970, a year after a terrible oil spill off the coast of California that led to the death of thousands of animals, including dolphins and seals. At the time, the US was the only nation to really celebrate the event, but it grew over the years to include many more countries.

Special events held in 1990 and 2000 helped to boost the popularity of this holiday and raise awareness about environmental issues. Various songs have been recorded by multiple artists to celebrate Earth Day, with concerts and live events being organized each year too. The idea of Earth Day is to encourage people to be thankful for the Earth and make stronger efforts to protect and preserve it for future generations. Notably, in 2016, the highly important Paris Agreement was signed by over 100 countries on Earth Day.

Where should I go this weekend for fun, adventurous places to visit near me today, famous for, kid friendly, what can you do in for free, natural wonders: Europe, Alameda, Los Olivos, Pacifica, CA, TX, Los Gatos, TN, Toronto, TX, Rentals, Greensboro


April Holidays and Events in the United States

When is Patriots’ Day?

Every third Monday in April, Massachusetts residents celebrate one of the most important moments in the history of the United States. Patriots’ Day commemorates the moment when the American Revolutionary War (also known as the American War of Independence) started. This holiday has been celebrated each year since 1894.

In 2013 Boston Marathon made the headlines all over the planet when a horrible terrorist attack happened. It happened on the day when Americans living in New England celebrate Patriots’ Day. In fact, they’ve been celebrating this holiday for over a century and it seems the tradition will keep on long in the future.

Patriots’ Day has a special meaning, as it celebrates the day when the U.S. ancestors’ struggle for independence started. At first, it was celebrated on April 19, in honor of the Battles of Concord Lexington that happened on that date in 1775.

Just three years after Patriots’ Day became an official state holiday, the Boston Marathon was included in its program. This decision came after the organizers heard about the marathon race that took place at the first modern Olympics in Athens, just one year earlier.

Since 2013, Patriots’ Day is also the occasion for commemorating the victims of the biggest terrorist attack in the history of Massachusetts, in which three people died and 264 got seriously injured.

It’s important not to confuse this holiday with Patriot Day (National Day of Service and Remembrance), which is held each September 11th to commemorate the anniversary of 2001 terrorist attacks. Unlike Patriot Day, which is commemorated all over the United States, Patriots’ Day is held only in Massachusetts and two other New England states, Wisconsin and Maine.

However, those two states commemorate it on the exact day when the American Revolutionary War started, April 19. Massachusetts, on the other hand, celebrates this holiday on third Monday in April every year.

Why is it observed on Third Monday in April?

The reason why Massachusetts officials decided to mark the holiday this way is to get an extra day to the weekend. This way, the people from this state get to rest on Saturday and Sunday, before taking a part in the events commemorating one of the most important moments in US history.

You may be wondering why it’s the third Monday in April and not first or second, for example. Again, the answer is pretty logical – it’s as closest as it gets to the actual date of the outbreak of the war. Sometimes even happens that Patriots’ Day Monday happens on April 19. In fact, that’s gonna be the case in 2021.

When Is Patriots’ Day?

Here are some dates in the near future on which Patriots’ Day will take place:

How to Celebrate Patriots' Day in New England?

There is a number of different activities you can take part in, all across New England on Patriots’ Day. Here are some ideas:

· Boston Marathon – The main event of Patriots’ Day celebration in the capital of Massachusetts is Boston Marathon, the second-oldest competition of its kind in the United States. Each year, the race sees hundreds of athletes competing and literally thousands of spectators cheering along the sides of the course. Speaking of the race, its course starts at Hopkinton and covers a distance of 26 miles and 385 yards before reaching the finish point at Copley Square, in Back Bay neighborhood. This is where the award ceremony takes place, as well as the post-event party.

· Reenactment Battles of Lexington and Concord – Each year on Patriots’ Day, there’s a reenactment of the first two battles in the War of Independence. The reenactment takes place in the Minute Man National Historical Park, a historic site that is situated some 13 miles northwest of downtown Boston.

· Visiting Concord Museum – The museum is open on Patriots’ Day, presenting the visitors with historical artifacts from the times of the American Revolution. One of the most popular items on disposal of the Concord Museum is the famous Paul Revere lantern that was used to warn the rebels of the approaching British forces.

· Reenactment of Paul Revere's Historic Row – Speaking of Paul Revere, one the key men for the success of the American Revolution, there’s a reenactment of his historic row across Boston Harbor on Patriots’ Day. If you’re not familiar with this feat, the reenactment seems like the perfect way to learn more about the “midnight run” that changed the course of the history of America.

· Lantern Lighting at Old North Church – This is another event that commemorates the fateful evening when the British troops approached Massachusetts. It takes place on the eve of Patriots Day, that is, on Sunday just before the holiday. Old North Church in Boston is where the lantern lighting ceremony takes place, which is pretty appropriate considering that the church was the building from where the original “one if by land, two if by sea” signal was sent to the rebels.

· Boston Red Sox Game – Ever since 1959, Boston Red Sox play a home match on Patriots Day. Obviously, the baseball match takes place at Fenway Park, which has been the home ground of Boston Red Sox for more than a century.

· Maine Patriots’ Day Celebration – Massachusetts is the only US state that observes this holiday on third Monday in April. The other states that celebrate Patriots’ Day do that on April 15th each year. On that day, there are lots of music festivals, parades, and battle reenactments all across those two states. The celebration is particularly impressive in Maine, where it usually takes more than just one day.

Apart from the states in New England, the anniversary start of the War of Independence is commemorated in many other parts of the United States. For example, despite not having a status of an official holiday, Patriots’ Day festivities are organized in many parts of Florida.

22 Best Small Towns in America for a Family Vacation