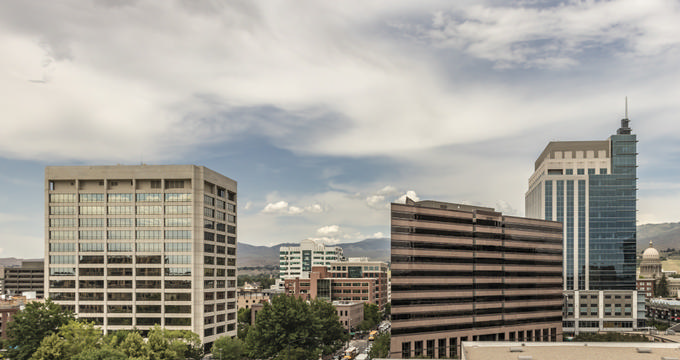 Located in the northwestern section of the United States, Idaho is the 14th largest state in terms of area and the 12th largest in terms of population. It is the seventh least densely populated state due to its large size. Idaho covers a total area of 83,797 square miles and has an estimated population of 1.71 million people. This state is bordered by Nevada, Montana, Utah, Wyoming, Washington, and Oregon, as well as British Columbia in Canada. CDC information for travelers. Hours/availability may have changed. 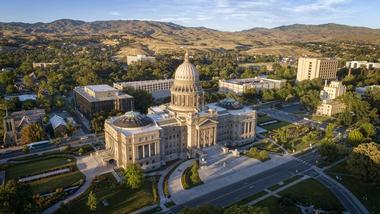 Nicknamed the 'Gem State' due to the many different gemstones found around its landscapes, Idaho is known for its expansive sections of wilderness. Some of the Rocky Mountains can be found in Idaho, and the state enjoys a diverse economy made up of various industries including manufacture, farming, lumber, mining, technology, research, and more. The largest city in Idaho is Boise, which is also the state capital. The largest metropolitan area in Idaho can also be found around Boise. Here are some additional details and overviews of the largest cities in Idaho. 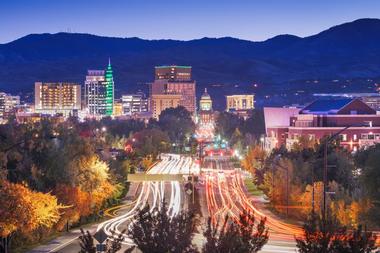 Located in Ada County, of which it is the county seat, Boise is the largest city in Idaho and is also the state capital. This city situated in the southwestern part of the state and covers a total area of 82.8 square miles. The estimated population of Boise is 226,000, making it one of only two cities in the state to have a population in excess of 100,000. The Greater Boise metropolitan area has a population of around 709,000.

Founded in 1863, Boise was incorporated as a city in 1864 and was constructed along the banks of the Boise River. The origin of the city's name is something of a mystery, but is believed to come from the French word 'Bois' meaning 'Woods'. As the largest city in Idaho, Boise is an important economic, industrial, and cultural center for the state, home to many attractions like the Zoo Boise, State Capitol Building, and Anne Frank Human Rights Memorial. 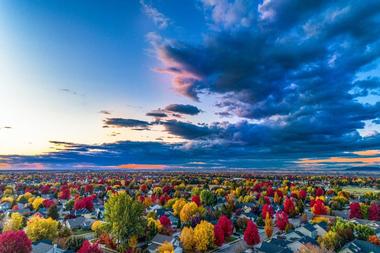 Located in Ada County, Meridian is the second largest city in Idaho. This city is situated in the southwestern part of the state and covers a total area of 29.79 square miles. The estimated population of Meridian is 106,000, with approximately 709,000 people living in the city's metropolitan area.

Meridian was founded in 1891 and was initially known as Hunter, but was renamed Meridian two years later after it was determined that the city had been settled on the Boise meridian. Meridian was incorporated in 1903, with fruit production being the main use of the city's land in its early years. 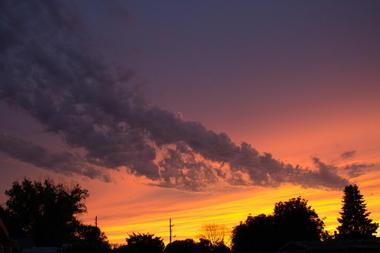 Located in Canyon County, Nampa is the third biggest city in the state of Idaho. Situated in the southwestern section of the state, this city covers a total area of 31.77 square miles. The estimated population of Nampa is 93,000, with over 650,000 living in the surrounding metropolitan area.

Nicknamed 'The Heart of the Treasure Valley', the city of Nampa was founded in the late 19th century. The city's name is believed to have been derived from a Native American word which is believed to translate to 'Footprint' in English. Nampa is home to two dozen different parks and several live entertainment venues. 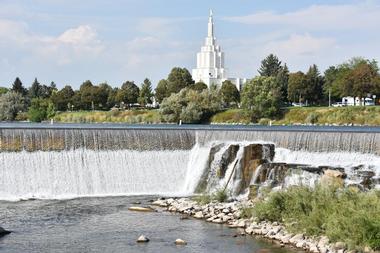 
Located in Bonneville County, of which it is the county seat, Idaho Falls is the fourth largest city in the state of Idaho. This city is located in the eastern part of the state, not far from the Idaho-Wyoming border. Idaho Falls covers an area of 23.14 square miles and has an estimated population of 61,000, with over 145,000 in the full metropolitan area.

Founded in 1864, this city has grown rapidly over the years to become the major cultural and commercial center of the eastern section of Idaho. It is home to several key establishments and institutions like the Museum of Idaho and the College of Eastern Idaho. 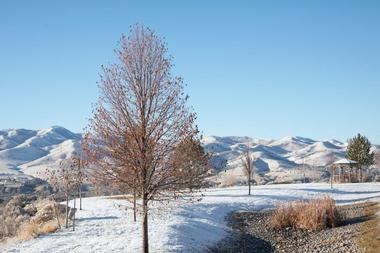 
Located in Bannock County, of which it is the county seat, Pocatello is the fifth biggest city in Idaho. A small part of this city also extends into neighboring Power County. Pocatello is located in the southeastern part of the state and covers an area of 32.67 square miles. It has an estimated population of 54,000, with over 90,000 in the metropolitan area.

Pocatello was founded in 1889 on the Oregon Trail and was nicknamed 'Gateway to the Northwest' due to its location. It was named after a Native American Shoshone Tribe chief. Pocatello is perhaps best-known as the home of Idaho State University, the leading healthcare educational institution in the state.

25 Best Things to Do in Boise (Idaho)