Things to Do in Maui, Hawaii: Whalers Village Museum 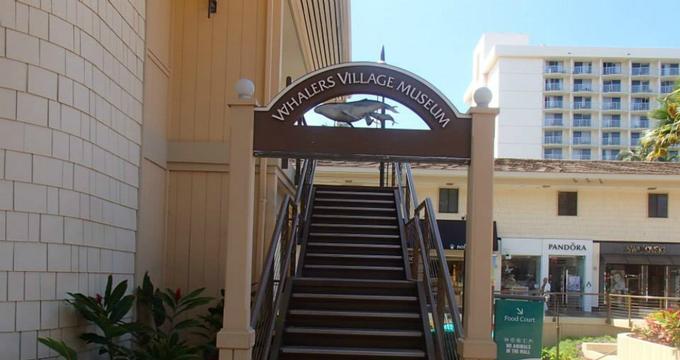 Located in Ka'anapali, Maui, Hawaii as part of the Whalers Village Fine Shops and Restaurants complex, the Whalers Village Museum details the history and practices of the whaling industry in 19th-century Hawaii. The history of whaling in Hawaii dates back to the beginning of the 19th century, when a large number of American and international whalers began arriving at the ports of Honolulu and Lahaina.

Conventional 19th-century uses of whales in commercial goods included the use of whale oil in heating for lamps and industrial machinery and the use of whale bones for the foundations of skirt hoops, corsets, and buggy whips. By 1846, whaling became the central industry along the Hawaiian coast, with more than 736 ships docking at the islands’ ports that year. Though the industry proved short-lived with the discovery of petroleum in Pennsylvania in 1859 and the subsequent starts of the American Civil War and the Hawaiian sugar crop industry, the effects of the whaling industry had a profound impact on Hawaiian culture, with the introduction of new farming crops in the area to feed whalers, the history of conflict between whalers and the missionary community, and the legacy of whalers’ notorious hardships at sea.

The Whalers Village Museum was opened in 1984 as part of the original development of Whalers Village Shopping Center, a beachfront mall complex located within the Ka'anapali Beach Resort on Maui. The shopping center’s development corporation, the James Campbell Estate, is named in honor of James Campbell, a prominent Hawaiian businessman who survived a whaling shipwreck during his youth.

Today, the museum chronicles the prime of Hawaii’s whaling industry in the mid 19th century, containing the state’s largest collection of artifacts and archival items related to the practice of whaling. The practices of whaling are detailed in exhibits, including a video presentation shown at the museum’s theater focusing on the difficult and dangerous conditions whalers experienced on their extended voyages. A 40-foot sperm whale skeleton is displayed near the entrance of the museum at the shopping center, and a scale replica of a whaling ship with living quarters for 25 members serves as the museum’s centerpiece. The museum is best known for its holdings of scrimshaw, a traditional whalers’ art form of designs carved on whale bones rubbed with ink. Also featured are holdings of whaling tools, sea chests, and journals, logs, and other personal documents connected to whaling ships docked at Hawaii’s ports. Goods produced from whale bones are on display, including a 19th-century birdcage and ivory utensils.

Self-guided audio tour materials to complement exhibits are available in English, Spanish, German, and Japanese. Docents are also available on site to provide further information on exhibits, materials, and area attractions. Visitors should be advised that some museum materials contain graphic themes and imagery, due to the nature of the subject material of whale boning practices and the extreme conditions faced by whalers on voyages.

A number of special events are hosted at the museum throughout the year, including oceanology walking tours, chef’s tasting events, and periodic sanctuary whale talks presented by National Oceanic and Atmospheric Administration volunteers.

The Whalers Village Museum is part of the Whaler’s Village Fine Shops and Restaurants complex, which serves as Maui’s premiere beachfront retail center. The complex is home to more than 65 specialty stores and boutiques, including upscale retailers such as Louis Vutton, Baron and Leeds, and Kate Spade New York. Lelani’s on the Beach and Hula Grill offer full restaurant service, and a number of quick casual and food court chains, including Subway, Haagen-Dazs, and Yogurtland, offer casual snack options. A children’s play area is located in the mall’s outdoor lower courtyard, featuring a two-story splash pad climbing structure. Live cultural demonstrations, including hula shows, lei making lessons, and ukulele performances, are also presented periodically in the lower courtyard.

Whaler’s Village is located within the Ka‘anapali Beach Resort district, a three-mile beach stretch that was once used as a training venue for Hawaiian warriors and is now known as one of the premiere beach resort districts in the United States. More than 15,000 hotel rooms and condominiums are offered at five luxury hotels and seven resort complexes, including the Kaanapali Beach Hotel, the Royal Lahaina Resort, the Sheraton Maui Resort, and the Hyatt Regency Maui Resort. A number of spa and luxury dining options are also located at the nearby Fairway Shops shopping center. Whaler’s Village and the Ka‘anapali Beach Resort district are accessible via the island’s free Ka'anapali Trolley or by riding the Maui Bus Public Transit System's #25 route.

Back to: Things to do in Hawaii, Things to Do on Maui