Things to Do in Honolulu: Hawaiian Mission Houses Historic Site and Archives 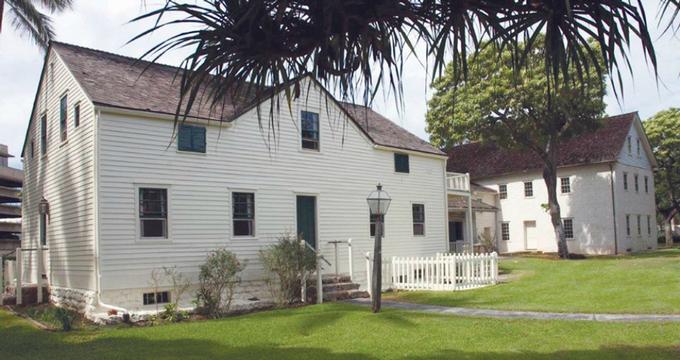 Hawaiian Mission Houses Historic Site and Archives is committed to the preservation and interpretation of the stories of the American Protestant Missionaries, as well as their descendants. These stories connect with contemporary life, and encourage a deeper appreciation for and understanding of the complex history that has shaped Hawaii and continues to shape the state. The site was designated in 1965 as a National Historic Landmark.

The historic site contains three restored houses. Two of these houses are the oldest ones in the state of Hawaii. Also included are research archives that offer unique insight into the Hawaii of the nineteenth century onsite, as well as online. Educational programs expand the positive impact and relevance of the historic site on the community. There is also a gift shop and an orientation center onsite that further enhance the visitor experience.

In 1923, the Hawaiian Mission Children's Society, a genealogical society and non-profit group, established the Hawaiian Mission Houses. These houses consist of the three restored houses on display at the historic site. The houses acted as workplaces and homes for the Christian missionaries who first came to Hawaii, and include the 1821 Mission House, the Chamberlain House, and the Printing Office.

The 1821 Mission House is the longest standing house on the Hawaiian Islands in its original spot of land. In 1820, it was transported from Boston, and then constructed in 1821. The house served as a shared home for several missionary families. It was also shared with boarders and island visitors.

The Hawaiian Islands' second oldest house is the Chamberlain House. Like with the Mission House, it is also still in its original spot. The house is named after Levi Chamberlain, the first secular agent at the Mission in Hawaii. Chamberlain contracted for the structure, with the purpose of it acting as a storehouse to be built in 1831. Coral blocks from the ocean reef were used to build the house. It was possible for Chamberlain to create a plan from this location for the distribution of provisions throughout the Sandwich Islands Mission in its entirety. The house now acts as the orientation exhibit of the historic site.

The third house at the Hawaiian Mission Houses Historic Site is the Printing Office. This building was also constructed using coral blocks and was finished in 1841. Within the house is a reproduction of Hawaii's first printing press. Originally used as a bedroom addition by visitors and missionary families, the structure is now interpreted as the first print shop built in the area. Several of the earliest printed materials and books in Hawaii were produced in the no longer existing print shop. The exhibit inside the house illustrates how the native Hawaiians and early missionaries worked together to produce numerous books, as well as other printed items, first printed in the native Hawaiian language.

The collection core of the Hawaiian Mission Houses Historic Site and Archives is comprised of family heirlooms that were collected by the Hawaiian Mission Children's Society. These items offer valuable insights into the lives of Americans during the nineteenth century. Other objects in the collection were crafted by locals, or received as gifts from visiting sea captains or Hawaiian royalty.

More Things to Do in Honolulu

Things to Do in Hawaii: Honolulu Museum of Art

Things to Do in Hawaii: Akatsuka Orchid Gardens