10 Best Things to Do in Waimea, Hawaii 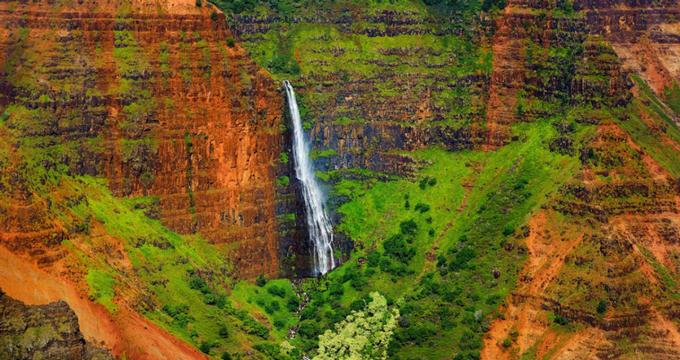 The town of Waimea on the island of Hawaii is known for many different things, from its gorgeous white sandy beaches to its close location to the Waipi’o Valley to its clear skies, crisp nights, rolling hills, and more. Primarily, however, Waimea is known for its excellent horseback riding opportunities, rodeos, and cowboys. Along with horseback riding and other outdoor activities, visitors will also find theatre, art, historic sites, local breweries, and delicious food in Waimea as well, offering a little bit of something for just about everyone. Hours/availability may have changed. 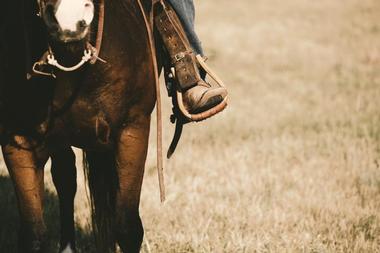 The Dahana Ranch seems to stretch as “far as the senses can go,” featuring miles of sweeping green pasture and rolling hills. This land first started as a grant in 1848 from the King, while the Dahana Ranch began in 1951 as a native Hawaiian award. The ranch is an operation of crossbred Brahma for rodeo bucking stock and beef. In addition to cattle, the Dahana Ranch also offers horseback rides for visitors with a goal of providing the most fun and safe activities and rides with abundant Aloha spirit at a reasonable price, ranging from 90 minutes to 150 minutes. 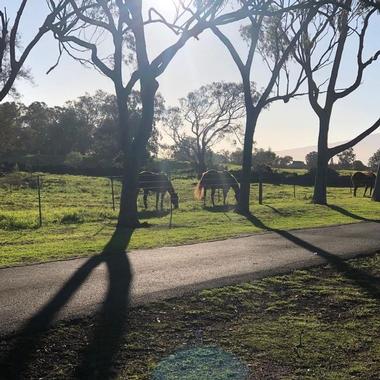 At one point in time, the Parker Ranch in Waimea was the largest ranch of the United States and its history is intertwined with the presence of Americans in Hawaii. The ranch still remains today as one of the largest on the island of Hawaii. There are three main reasons why so many people visit the extensive Parker Ranch: the self-guided tours of two different historic homes, the hunting tours, and the Parker Ranch Fourth of July Rodeo. The historic homes are open to guests at no charge Monday to Friday from 8:00am until 4:00pm.

You are reading "10 Best Things to Do in Waimea, Hawaii" Back to Top The Waimea Homestead Farmers Market is located behind the Post Office of Waimea, Hawaii at the playground of the Waimea Elementary and Middle School, across from the Kahilu Theater. The market offers a wide array of organic foods, fruits, vegetables, local specialties, and crafts from a variety of local vendors. The Waimea Homestead Farmers Market takes place every Saturday from seven in the morning until noon throughout the entire year. The farmers market focuses on locally grown fresh produce, as well as plants and flowers. While crafts are allowed at the market, the number of craft vendors is limited.

You are reading "10 Best Things to Do in Waimea, Hawaii" Back to Top 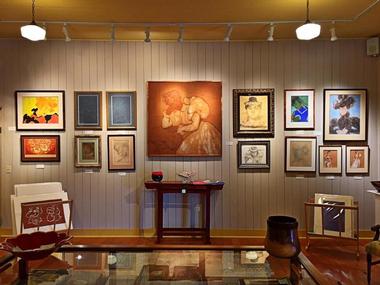 The Isaacs Art Center Museum and Gallery was established to promote the appreciation of the artwork of Hawaii, as well as to extend arts education programs throughout the island communities and schools. The art facility includes an art gallery, artwork available for sale, and an extensive permanent collection of rare books, furniture, and paintings, as well as Hawaiiana, which includes the “largest intact body of art” by renowned Hawaiian artist Madge Tennent in the world. The Isaacs Art Center is open from 10:00am until 5:00pm, Monday to Friday, or on Saturdays by appointment.

You are reading "Fun Things to Do in Waimea, Hawaii this Weekend with Friends" Back to Top or More places to see near me today, what to do, weekend trips 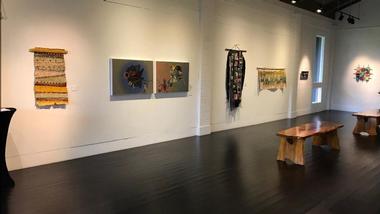 
The Kahilu Theatre first raised its stage curtain to audiences as a Broadway Stage with nearly 500 seats in 1981. Along with presenting full seasons of world class performances, ranging from theatre to dance to jazz concerts, the theater today hosts a variety of art exhibits showcasing the works of both established and emerging visual artists, as well as develops accessible programs for the performing arts for students. Located close to the Parker Ranch, the Kahilu Theatre was designed to look like a traditional Hawaiian community hall outside, however, it resembles a state-of-the-art, modern performing arts center on the inside.

You are reading "What to Do in Waimea, Hawaii this Weekend" Back to Top or Restaurants near me, stuff to do near me 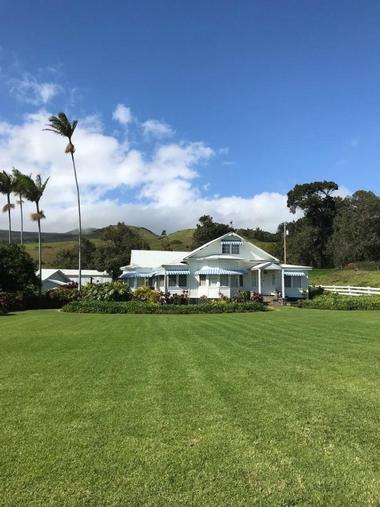 
The Anna Ranch Heritage Centeris a heritage center and museum in the island of Hawaii’s town of Waimea. Listed on both the State Register and National Register of Historic Places, the center is dedicated to the celebration of Hawaii’s ranching history. The ranch house, which was built around the year 1910, as well as the out-buildings have all been carefully restored to reflect the time period during which Anna Perry-Fiske and her parents lived at the ranch. Visitors can see numerous family photographs, ranching gear, Hawaiian koa wood furniture, works by local artists, gorgeous gardens, and more.

You are reading "Top Romantic Tourist Attractions in Waimea, Hawaii" Back to Top or More must do for couples, what to do near me, places to visit this weekend While numerous people come to the Waimea area for surf and sand by the Waimea Bay, the mouth of the Waimea River also offers something for those looking for important history. The Cook Landing Site is the initial site where Captain James Cook first landed on Hawaii. Captain Cook became the first European explorer to establish contact with the islands of Hawaii. The Hawaiian Islands had been existing basically in isolation before his discovery, which is how the native people had developed a unique culture. A rapid economic and social change began after being exposed to the influences of Europe.

You are reading "What is There to Do with Kids in Waimea, Hawaii" Back to Top or More tourism, attractions for couples, food, things to see near me today 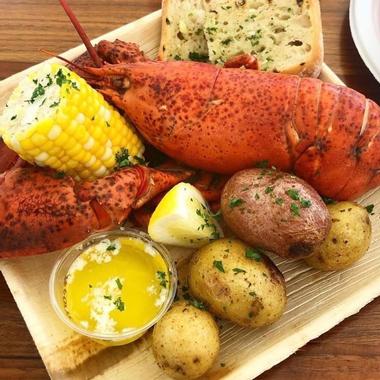 Situated in the heart of the farm community of the Big Island, Merriman’s in Waimea, Hawaii is the original restaurant of Peter Merriman. Owner and chef of the restaurant, Peter is also one of Hawaii Regional Cuisine’s founders and at least ninety percent of the beef, fish, and produce used at Merriman’s is locally sourced. Each dish is handcrafted to showcase the natural flavors and the menu is complemented by an award-winning wine list and friendly, knowledgeable staff. Merriman’s Waimea is open for lunch from 11:30am until 2:00pm and dinner from 5:30pm until 9:00pm. 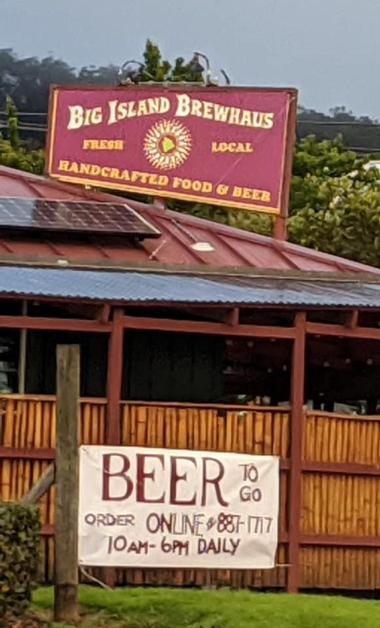 The Big Island Brewhaus began selling their own unique brews on the Big Island in 2011 and have since won several honors both on the national and international level. The brewhaus also boasts the highest beer garden in Hawaii, situated at 2,764 feet above the sea, and is known for serving good food, such as Pacific Rim fusion and contemporary American fare, complemented by their locally brewed beers. Supporting local musicians with their Thursday Open Mic Nights, as well as live music on Fridays, the Big Island Brewhaus has a motto of “Live Beer, Live Food, and Live Music.”

"Best Things to Do in Waimea, Hawaii for Locals & Tourists - Restaurants, Hotels" Back to Top or Beautiful places near me, what to do, restaurants for breakfast, travel guide, nearest beach

What to do near my location downtown at night in fall, winter, spring, spa near me, summer, places to go, wedding venues near me, beach, wedding venues, open parks, hotels near me, burger, nature park, nice restaurants near me: UT, Indianapolis, From Kansas City, Mackinac Island, Chattanooga, RI, From Chicago, Sacramento, Nantucket, Girls Getaways, Santa Barbara, PA 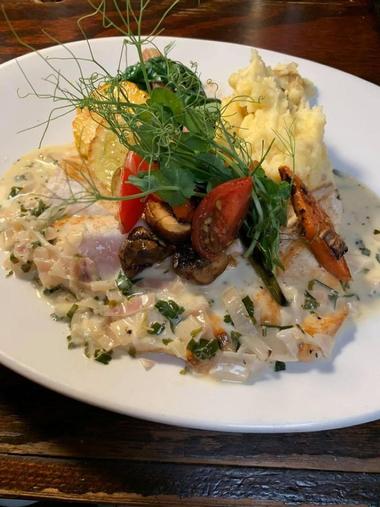 The Red Water Cafe serves fine dining within a warm, casual setting in Waimea, Hawaii. The menu here features a variety of fresh local meats and produce in the dishes with options like curry chicken and guava short ribs. Daily fish specials, seafood rolls, sashimi are available as well. In addition to the food, the cafe also offers a full bar and a great selection of wine and was voted as having one of the best happy hours in the area. The Red Water Cafe is open Monday to Saturday from 3:00pm until 11:00pm, with live music on weekends.

10 Best Things to Do in Waimea, Hawaii

You are reading "10 Best Things to Do in Waimea, Hawaii " Back to Top

Day Trip To Molokai From Maui

22 Best Things to Do in Hawaii