Dahlonega, GA Things to Do: Chestatee Wildlife Preserve and Zoo 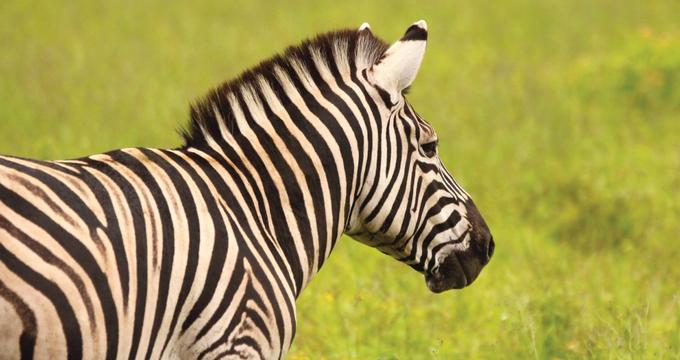 Located in Dahlonega, Georgia, Chestatee Wildlife Preserve and Zoo is the northern Georgia region’s only wildlife preserve and exotic animal rescue nonprofit organization, showcasing exotic and endangered animal species such as African lions, white Siberian tigers, and grizzly bears. Chestatee Wildlife Preserve and Zoo was the vision of Kentucky native C.W. Wathen, who acquired a number of domestic and exotic animals on his farm during his time as a family farmer, beginning with a herd of buffalo.

Other animals were later acquired from owners who could no longer afford feed or adequate care. Following Wathen’s move to the northern Georgia area, he was required to obtain state licensing to continue caring for his animals and register as a recognized rescue shelter facility. As a result, the Chestate Wildlife Preserve was established in 1992 as a nonprofit organization and Georgia DNR facility in Forsyth. The facility was later moved to a new location in nearby Dahlonega after visits from local children’s hospitals prompted Wathen to open the facility as a public visitor attraction.

Today, Chestatee Wildlife Preserve and Zoo is operated as a nonprofit organization and Georgia DNR facility, housed on a 30-acre tract of farmland in Dahlonega. As the facility’s owner and chief operator, Wathen oversees all operations and animal care, working with an all-volunteer staff to ensure animal safety and quality visitor experiences. All animals at the park have been rescued by Wathen or brought to the facility by state officials rescuing them from situations where they would have otherwise been euthanized. More than 125 animals are showcased at the facility, including a number of rare and endangered international wildlife species. The facility is open to the public Mondays through Saturdays, offering admission rates for adults, seniors, and children under 12.

Notable species on display include white Siberian tigers, African lions. Exhibit areas showcase both black and grizzly bears, including the park’s L.B. Little Bear, a bear cub rescued from a near-death experience. An elk showcased at the park was featured in one of the films of the Hunger Games film franchise. Other notable animal residents include Sophie the lioness, Simon Augustus the grizzly bear, Clarence the Barbary lion, Rio the gray wolf, and Tonka the golden Siberian tiger. An exhibit area showcases rare zedonk donkey-zebra breeding hybrids, which feature distinct zebra striping patterns with classic donkey features. Servals, lemurs, leopards, chimpanzees, and hedgehogs are also showcased, along with domestic farm birds such as chickens and guinea hens and tropical and exotic bird species such as emus and macaws.

Visitors may explore the preserve and zoo at their leisure, which is spread out over expansive rolling farmland area. All visitors are encouraged to take their time with exhibit exploration, with no time limit placed on visitor admission beyond normal operating hours. As no formal ticket booth is offered at the facility, visitor admission is collected by park staff on golf carts and admission wristbands are given to identify zoo patrons. Volunteer docents and animal care staff circulate the park regularly and are on hand to answer any questions visitors may have about animals under the zoo’s care. Animal feedings are also showcased on a regular basis throughout the day and may be watched by visitors.

In addition to standard visitor admission and animal encounter tours, private group tours of the facility may scheduled for small groups and organizations, including field trip opportunities for elementary and secondary school groups. Field trips may be scheduled Mondays through Fridays and require advance payment in full. Students are encouraged to bring smartphones and tables to the facility for QR code scanning for viewing of supplemental videos and additional animal information. All tour participants must deposit all trash into the facility’s designated trash cans, as plastic and other substances may be harmful or deadly to park animals. Private small animal encounters may be added onto tour packages for an additional fee. Young visitors wishing to celebrate their birthdays at the facility may reserve birthday party rental packages, which include zoo tours, up-close time with animals, and question-and-answer sessions with zookeepers.

More Things to Do in Dahlonega

12 Best Things to Do in Brunswick, Georgia

15 Best Things to Do in Columbus, GA