Things to Do: Comedy Shows in Atlanta 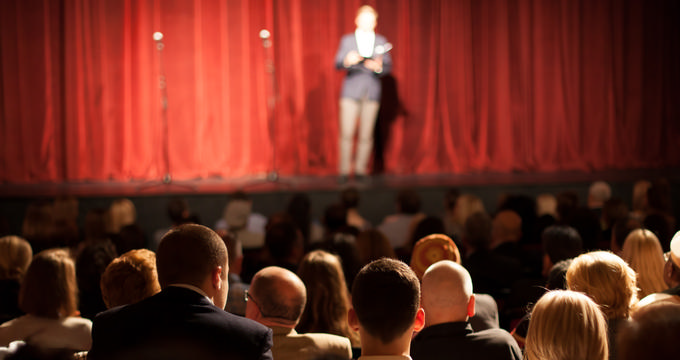 The biggest city in Georgia and also the state capital, Atlanta is well known for its prominent role in key periods of American history like the American Civil War and Civil Rights Movement. With a strong Southern culture and so much to see, Atlanta is a big hotspot with tourists, attracting millions of travelers from all around the world each and every year. When they arrive in the big city, those tourists have all sorts of activities and options available to them, especially in the performing arts area.

Atlanta is actually one of the only cities in the US to feature major resident companies in all of the big performing arts disciplines like opera, theater, ballet, and more. If you're looking for a stage production that can make you laugh, however, you'll be happy to hear that Atlanta is also home to a host of hilarious comedy shows and locations. Genuine legends of comedy like Oliver Hardy and Chris Tucker grew up in the Atlanta area, and many local talents take to the stages of the city’s various clubs and bars in order to make names for themselves. Things to Do in Atlanta

On any given night, there are a lot of great comedy shows to enjoy all around Atlanta, with the city boasting a wide variety of comedic styles and locations. Classic forms of comedy like stand-up and improv can be found all around the place, but unique shows like comedy magic can also be enjoyed in Atlanta too. Whatever kind of comedy show you happen to be looking for, you’ll find it at one of the great comedy locations listed below.

Featuring classic red curtains draped along the walls and a cozy atmosphere, this 250-seat venue on Jimmy Carter Blvd is arguably Atlanta's premier comedy destination. Comedians who have appeared on major networks like HBO, Comedy Central, and Showtime will all take to the stage here on a regular basis, with great quality bar food also served here to complete your evening in delicious style. Marketed as Atlanta's "only upscale comedy venue", this elegantly-decorated joint is a classy place for comedy shows and always has some of the top talents in town. Low cost tickets and special food and drinks deals make this a super location for every occasion, from a date night to an evening out with friends or family.

For a comedy show with a twist, check out the Atlanta Magic Theater. Currently rated by pros and casual tourists alike as one of the best ways to spend an evening in Atlanta, the Atlanta Magic Theater features magician and comedian Peter Morrison performing two shows every Saturday. With bamboozling tricks and big laughs of the clean variety, this is the ideal place to take in a little family-friendly comedy with the kids. There are many different kinds of comedy to enjoy in and around Atlanta, and this comedy magic show offers some of the best entertainment in the entire city.

What's better than a great comedy show? A free great comedy show, of course, and that's exactly what you can enjoy at The Star Community Bar on Moreland Avenue in Atlanta. This used to be a pretty basic, little-known bar, but it eventually decided to open up to new ideas and events, organizing a regular open mic night every Monday that quickly helped to make the Star one of Atlanta's most beloved comedy hotspots. This isn't the place to go if you're looking to see the biggest names and touring stars, but it's a cozy, welcoming joint for local aspiring comedians to test out their sets and material. With an "underground comedy" feel and lively audiences every evening, the Monday shows are an awesome way to spend a night and, as previously mentioned, the admission is totally free.

No list of comedy shows in Atlanta could be complete without a special mention for the Punchline. This is one of the city's oldest comedy venues, being established back in 1982. Loyal followers have stuck with this joint through thick and thin and the Atlanta comedy scene simply wouldn't be the same with it. The likes of Jay Leno, Dave Chappelle, Richard Pryor, Eddie Murphy, and Jerry Seinfeld have all performed here and huge new talents get booked in each and every month.

25 Best Things to Do in Augusta, Georgia