Things to Do in Sarasota, FL: Sarasota Jungle Gardens 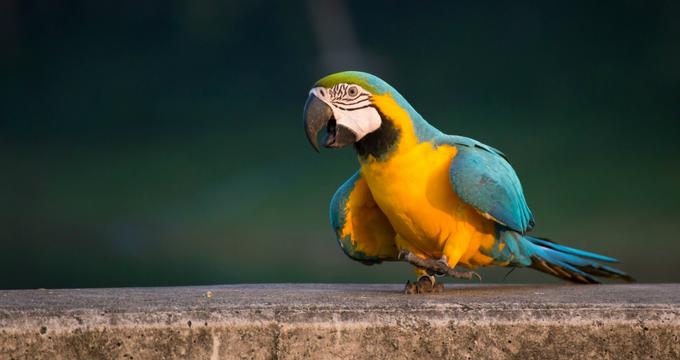 Located in Sarasota, Florida, Sarasota Jungle Gardens offers a variety of exhibits and experiences for visitors of all ages. While this institution is technically considered a zoo, as it is home to 200 distinct animals, this unique attraction offers visitors immersive and interactive experiences that go above and beyond the call of duty for a typical zoo. One of the main draws of Sarasota Jungle Gardens is that visitors can both observe and interact with many of their animal residents in addition to having the chance to experience the lush greenery of their winding jungle paths.

While it was once thought that the area now occupied by Sarasota Jungle Gardens was infertile, its moisture rich soil has proven to be anything but. Aided by plant matter that has been decaying there for hundreds of years, the soil is able to retain its moisture, even during the area’s driest heat waves. Nowadays, visitors are invited to stroll through the winding brick paths that lead them to wonders such as football-sized lemons, biblical gardens, and royal palms. Other features of the landscape include lagoons, streams, and bridges, which provide the perfect backdrop for photographs.

Due to the fact that many species of animals are allowed to roam freely about the gardens, no pesticides or herbicides are used. Further significant effort is being put into replacing exotic imported plants that have died with plants and grasses native to the area, making the viewing experience reflect the authentic splendor of the Florida landscape.

Of the 200 animals now residing at Sarasota Jungle Gardens, 95% were rescued from conditions deemed subpar or even abusive. The state of Florida is known to have an above-average rate of exotic pet ownership due in part to its tropical climate as well as the all too commonplace practice of importing exotic mammals, birds, insects, and reptiles. Unfortunately, due to the fact that many pet owners are simply not aware of how best to provide continuing care for these animals, many end up sick, neglected, or simply homeless after their owner’s passing. With the help of several state and federal organizations, these animals end up in the Sarasota Jungle Sanctuary, where they are rehabilitated. Part of this institution’s mission is to educate the public about the responsibilities associated with caring for exotic pets.

One of the most interesting animal attractions at Sarasota Jungle Gardens is their extensive collection of flamingoes. This facility stands out amongst others of its kind as it allows these gorgeous birds to roam the grounds freely. While flamingoes originally hail from the Caribbean and Central and South America, a small population of them come to Florida to breed and nest annually. Sarasota Jungle Gardens has been given special permission by the federal and state governments to collect, incubate, hatch, and hand-raise ten of these animals each year until the flock reaches 50 members.

There are several different kinds of animal shows conducted daily at Sarasota Jungle Gardens. Two of these are devoted to showcasing the reptiles at the zoo. The Reptile Encounters show allows visitors to get an inside look at several reptilian species, such as snakes and even alligators. After the conclusion of this show, visitors are given permission to pose for a photo with the creatures and even hold one. During the afternoon, visitors are invited to explore the world of the Jungle Birds. This show allows the winged and feathered creatures to showcase their talents by performing a variety of entertaining feats for the audience. The Wildlife Wonder spectacle combines the educational qualities of the Reptile Encounters show with the entertainment value of the Jungle Birds show. From hissing cockroaches to red tailed hawks, this show is bound to amaze, entertain, and educate, leaving audiences on the edge of their seats. For those interested in loading their social media accounts and personal photograph repositories with interesting images, Sarasota Jungle Gardens holds a meet and greet with several of the animal keepers, who can help get the animals camera-ready for some unforgettable keepsakes.

Things to Do in Sarasota

Things to Do in Sarasota, Florida: Mote Marine Laboratory & Aquarium

Best Things to Do in in Sarasota, Florida: Marie Selby Botanical Gardens