Things to Do in Florida: Tallahassee Museum 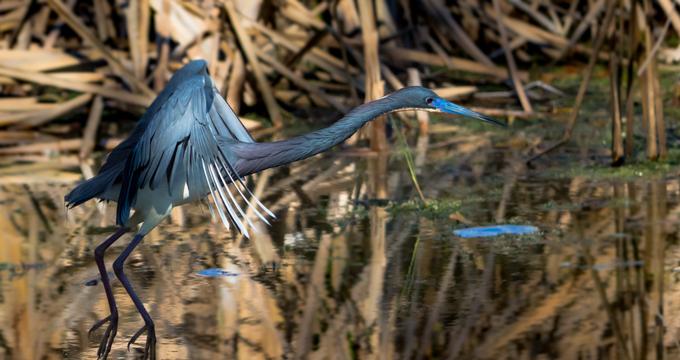 Surrounded by more than 50 acres of spectacular animal and plant life, the Tallahassee Museum is a privately funded wildlife park and museum that has been established to educate the public about the wildlife of the North Florida region. Serving as an iconic landmark for more than half a century, the Tallahassee Museum is ranked one of Florida’s top museums, showcasing the wonders of Florida’s native wildlife, nature trails and native gardens in a variety of living exhibits. The Museum aims to inspire, encourage and educate visitors about North Florida’s natural environment, the fauna and flora that inhabit it and the importance of caring for the rich history and diverse cultural communities that surround it.

Established in 1957 by interested members of the community to offer school children enriching experiences with art, history, science and world cultures, the Tallahassee Museum moved to its current location in 1960 and featured a variety of exhibits, including a collection of restored historical buildings and native wildlife from Florida. The Museum has developed and grown over the years with the additions of renovated exhibition spaces, a visitor center and café, enhanced guest amenities and offices, and improved parking.

The Tallahassee Museum features a variety of displays and modern facilities, which are a major strength of the institution. The Museum is one of few that combine a living display of native animals with several historical buildings in a beautiful and biologically diverse setting.

Spanning a considerable portion of the grounds, the Big Bend Farm is a permanent exhibit that showcases rural life in north Florida in the 1880s and features several historic buildings including farm buildings, a turpentine commissary, and a gristmill.

A significant portion of the Museum is devoted to Florida wildlife and houses a variety of diverse and endemic wildlife in well-vegetated areas such as bobcats, white-tailed deer, and black bears. Several endangered species also call the park home, including Florida panthers and red wolves, and there is also a snake exhibit, several aviaries and a ‘guest’ habitat for visiting animals.

Visitors can enjoy ‘animal encounters’ twice a day where trained professionals show and teach visitors about a certain animal such as birds of prey, rabbits, snakes or skunks. Usually, the animals have been rescued by the Center after being injured in the wild and are in the process of being rehabilitated.

The Old Florida segment of the museum comprises buildings of historical interest or importance, including a 1937 Bethlehem Missionary Baptist Church, an 1890s Concord Schoolhouse, the 19th century Bellevue Plantation, which was once the home of a relative of George Washington, and a 1920s caboose.

The Florida & Beyond exhibit includes the Fleischmann Natural Science Building, which has facilities for bird watching, two freshwater aquaria, and the Phipps Gallery, which features a range of evolving exhibitions of local art, culture, and history. This exhibit is also home to the Discovery Center, a family interactive area with interactive and hands-on exhibits that focus on the natural history and culture of North Florida.

Established in 1979, Jim Gary’s Twentieth Century Dinosaurs exhibition features a variety of life-size, colorful sculptures of dinosaurs made from old vehicle parts. After traveling the world, the Museum became the permanent home of the exhibit and showcases 21 display pieces that span as much as 43 feet in length and weigh up to 4,000 pounds.

Back to: Best Things to Do in Tallahassee, FL