Things to Do in Jacksonville, Florida: Riverside Avondale 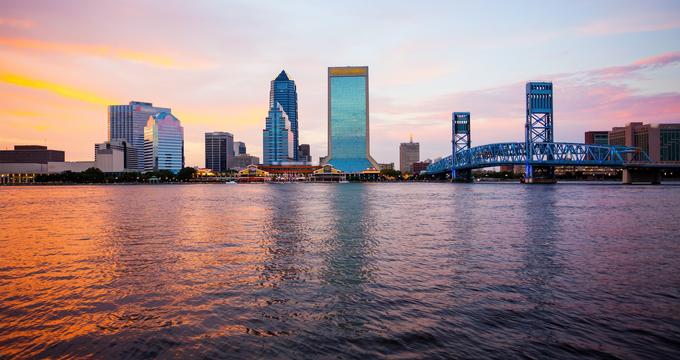 The historic Riverside Avondale community embodies the charm and elegance of the classic South and provides a blast to the past of what Jacksonville, Florida once was.

Riverside Avondale Preservation Inc., RAP, is a private member funded society dedicated to the preservation of architecture, history, economy and culture of the Riverside and Avondale historic communities in Jacksonville, Florida. The society began in the 1970's when a few residents became wrought with dismay as their historic neighbor and businesses were abandoned and torn down after years of being left in disrepair. The group, led by Dr. Wayne Wood, became official in 1974 and began working to try and preserve the historic neighborhoods.

The first year kept the group very busy with publishing a newspaper and holding several members only events such as arts festivals, historic home tours, picnic socials on Independence Day and haunted attractions on Halloween. The group also held organizational meeting to prioritize preservation and organize opposition to activities like highways, developments, and bridges that would diminish the historical value of the area.

In 1985, after six years of research and documentation, RAP succeeded in having the Riverside area put on the National Register for Historic Places. This feat enabled the society to protect historical places in the community and brought more visitors to the area known for its historical architecture. Four years later, Avondale was added to the National Register as well.

RAP branched out in an effort to speed up home and business preservation in 1998 by forming the Riverside Avondale Development Organization, RADO. This organization's aim was to purchase historic homes and businesses that were falling into disrepair, restore them and then put the homes on the market at low and moderate prices. Today, the two entities are separated from each other but each still pursues their original goals.

The land where Riverside lies was once a plantation town that was rather average. After the Civil War, a few men from Boston began to purchase and sell off the farm lands to develop neighborhoods. Many Upper Middle Class residents of Jacksonville moved to the town that was named Riverside on the outskirts of the city and built large homes overlooking the St. Johns River. In 1901, development increased as a fire burnt down most of Downtown Jacksonville. As the quiet suburb started to fill up with prominent members of the Jacksonville community, Riverside Ave. was promptly named one of the most elegant streets in a residential area in all of the Jacksonville area.

Riverside is an eclectic display of architectural taste as many different styles of houses were gaining popularity across the United States in the early 1920's. Colonial Revival, Georgian, Victorian, all the way to Bungalows, can be found in this charming town. The popular Prairie style architecture of Frank Lloyd Wright can be seen here more often on a single street than in the Midwest where the style was popularized.

Avondale was developed just South of Riverside in the early 1920's and was marketed as where only the very wealthy and high societal people should live. The aim for developers was to overshadow Riverside. Avondale was the most elaborate neighborhood at the time in Jacksonville and over 200 houses were built in the first two years of development. The architecture in the new Avondale was more modern than Riverside and was mostly Mediterranean Revival which mimicked Italian and Spanish Villas and Bungalows.

In 2010, Riverside Avondale became 1 of 10 Great American Neighborhoods as named by the American Planning Association. The program honored RAP for preserving the historical value of the neighborhood and cited RAP's advocacy of the area as the number one reason for its continued economic success. No other town in Florida had received this honor at the time.

Riverside Avondale is known for their historic shopping districts. Most shops are locally owned and operated bringing thriving economic values to the neighborhood. RAP created the GoLo initiative to raise awareness for shopping local, supporting small business and community development. Many of these shopping centers are vital to keeping the town walkable and unobstructed.

Along with the amazing shopping opportunities, the historic downtown is filled with some of the best restaurants and bars that Jacksonville has to offer. The town prides itself on being walkable with narrow residential roads, lots of shade and clear sidewalks that can get you anywhere and everywhere in Riverside Avondale.

The neighborhood also features an art museum, The Cummer, and several parks scattered throughout numerous blocks. The public busses or trolley can take visitors throughout the community as well if they do not walk or need handicap accessible transportation.

There are not too many upscale, southern neighborhoods left that hold onto such historical value in Florida. Living in Riverside Avondale is a quiet and charming experience for residents. There are many schools and historic places to worship that are within walking distance to most homes. Taking the bus to school is not something that most children in the area do.

The Riverside Avondale community has more parks and greenspace than most other towns in the state. Building parks along the river and pockets of neighborhoods was a priority for early developers of the community and RAP has been able to preserve many of the historic parks for the public to enjoy. Memorial Park on Riverside Avenue honors the 1200 Floridians that gave their lives in World War I. Riverside Park features two ponds, walking trails and a children's playground that is maintained by RAP. Willowbranch Park and Willowbranch Rose Garden Park are located in Riverside and remain one of the most beautiful parks in Florida. These garden parks are landscaped and are beautiful spots for walks and relaxation.

Riverside Avondale is a residential neighborhood with many unique and historic features that draws visitors each year; however, there are a few events that this quaint southern town are known for that draw large crowds by the thousands from all over Florida and the United States.

Spring Tour of Homes is an annual event that raises money for Riverside Avondale Preservation Inc. Home owners agree to open their homes as visitors do self-guided tours of the neighborhood. Tickets are purchased by visitors who are then given maps and brochures with historical information to give them background information on the homes that are part of the event.

Riverside Arts Market is a weekly market located at the end of the North Bank River Walk. The market lines the St. Johns River and is a 15-minute stroll from Jacksonville's downtown area. Every Saturday, musicians, foodies, crafters and collectors set up booths. This event has drawn almost 500,000 visitors every year since it's conception five short years ago. The market is held seasonally from March through the Saturday before Christmas and features over 160 artist showcases and booths.

Not just anyone can set up shop at the market, only the very best and most unique displays are a part of the event and draw vendors that are local and national. The artists are chosen by a panel that votes on who can participate. Pottery, jewelry, photography, wood workings, paintings and other types of art are featured in the Riverside Arts Market.

There is also a Farmer's Market that is part of RAM. The farmers market is exclusive to locally produced goods such as produce, cheeses, meat, breads and desserts. There is live entertainment at both markets, many different parking options, shows such as fire acts, magicians and acrobats that perform amongst the crowds as well.

Riverside Avondale Luminaria is an annual holiday celebration held in December that raises funds for Riverside Avondale Preservation INC. Community members can purchase luminary kits with bags, candles and sand from the RAP headquarters. RAP donates the luminaries that are going to be used in parks and other public places and every year on the day of luminaria, volunteers in the parks and private households set out and light up their luminaries, turning off all other lights so that the entire town glows. This tradition has held strong for over 30 years and with most households participating is a very beautiful spectacle to witness.

Visitors to the area for the Luminaria event are encouraged to go carless in the neighborhood to be respectful of private property and enjoy a walking tour of the neighborhoods that are lit up on luminaria evening. There are also parades on St. John's avenue although these are not sanctioned or organized by RAP.

Bootleggers Ball is a 1920's speakeasy party that has become an annual event the last four years running. This fundraiser for the Riverside Avondale Preservation INC. has grown bigger and bigger every year and is accessible by ticket purchase only. The event is held at Episcopal Church of Good Sheppard. The event features cocktails that were popular in the 1920's, wine, dozens of desserts and food catered from many of the local and unique restaurants in the area.

Back to: Best Things to Do in Jacksonville, FL

Things to Do in Florida: Zoo World Zoological Conservatory