Things to Do in Fort Lauderdale, Florida: NSU Museum of Art 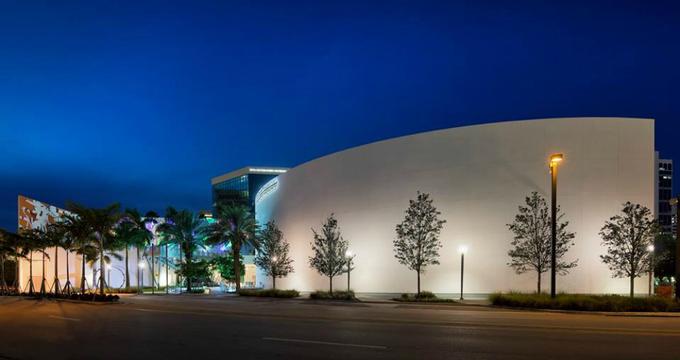 The NSU Art Museum was founded in 1958 with the intent to become the premier facility for arts and culture within Fort Lauderdale, Florida. The Museum is strategically placed within the historic midpoint of Miami and Palm Beach, which is ultimately recognized as the downtown arts and entertainment district of Fort Lauderdale. One of the best things about the Museum’s location is its proximity to cultural hotspots, such as Las Olas Boulevard and Riverwalk.

The NSU Art Museum is housed within an 83,000 square foot building that was created by Edward Larrabee Barnes, who is a renowned architect. Aside from exhibitions, the Museum includes a Café, Museum Store, and an auditorium that can seat over 250 people.

· Art of the Americas

Aside from the general art categories, the NSU Art Museum’s permanent collection showcases a variety of renowned artists, such as:

· Jose Bedia Fieldwork: Selections From the De La Cruz Collection and the Artist

· William J. Glackens: A Modernist in the Making –

There are only a select number of educational opportunities at the NSU Museum of Art. Two of the premier educational programs are the group tour program and the educator workshops that are offered sporadically.

The most popular educational program at the NSU Museum of Art is the Museum’s group tour program. The four tour group options include:

· Museum Survey is a tour of all of the exhibits within the NSU Museum of Art. The Museum Survey gives participants a basic overview of the historical context and biographical information about the galleries and artists within the Museum. Also, guests will learn a quick overview of fundamental artistic terminology. This tour typically lasts around 1.5 hours.

· Art Emphasis is a discussion-based tour which engages all of the participants. During the Art Emphasis tour, participants will learn about a specific art form, period, or artist in an in-depth and exclusive way. Participants are encouraged to work together and bounce opinions off of each other of the impacts and significance of the artworks they are analyzing, as well as what influenced those specific pieces of art. This tour typically lasts around one hour.

· Public Art is an exclusive tour that showcases one of the latest additions to the NSU Art Museum, which is known as the Indigo Room. Throughout this tour, participants will learn about the architectural integration within art, as well as the influence, significance, and importance of public art. This tour usually lasts around one hour.

· Interdisciplinary Excursion is an exclusive guided tour that’s only offered every once in a while. This tour explores and analyzes a specific era or artistic study featured within the NSU Art Museum. In addition to analyzing and exploring a specific display within the Museum, participants will enjoy an exclusive option of either a performance, book signing, film, or lecture.

For more information about the guided tours, or any other educational opportunity, at the NSU Museum of Art, check out the Museum’s official website, or contact the Museum during their standard hours of operation.

Back to: Things to Do in Fort Lauderdale, Florida

Best Things to Do in St Augustine, Florida: Catch 27