Best Things to Do in Tallahassee: Florida Historic Capitol Museum 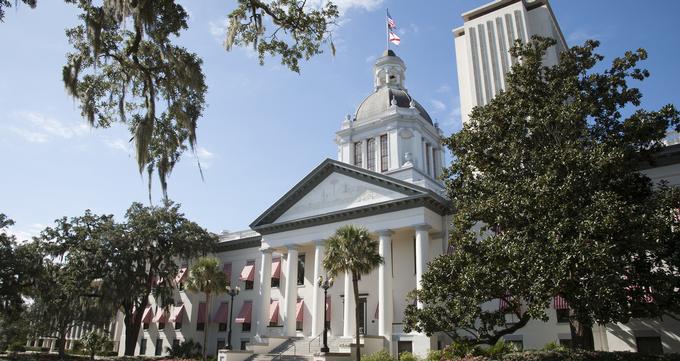 Standing as an icon at the center of Florida’s Capitol complex, the Historic Capitol in Tallahassee has been a symbol of the Florida state government since 1845. Beautifully restored to its former 1902 glory, the Historic Capitol is the nerve center of the Florida seat of government. The rich political history and culture of the state come alive in the Florida Historic Capitol Museum, in a variety of photographs and audiovisual displays. Together with 21 rooms of exhibit panels, photographs, interactive multimedia, and more than250 artifact, the restored areas of the Historic Capitol, including the 1902 Governor’s office and chambers of the House of Representatives, Senate, and Supreme Court take visitors on a journey through the colorful history of representative government from the evolution of Florida state in the territorial days to the present.

Florida’s Historic Capitol complex consists of four very different buildings, ranging from the nineteenth-century Old Capitol, which has been beautifully restored to its former 1902 glory, to the House and Senate chambers and a new Executive Office Building, which is sometimes called the New Capitol.

An architecturally and historically significant building, which has been listed on the National Register of Historic Places, the Old Capitol is located at in downtown Tallahassee, directly behind the new Capitol building, which was built in the 1970s. The newly restored space includes the Governor's Suite, the House of Representatives and Senate chambers, the Supreme Court, and the rotunda and halls as they were in 1902. Now known as the Florida Historic Capitol Museum, the space exhibits the state's political history through a range of outstanding exhibits and displays.

Designed by architectural firms Reynolds, Smith, and Hills of Jacksonville and Edward Durell Stone of New York City, The Capitol Complex was built in the Neoclassical style to symbolize the growth and development of Florida.

The Capitol is a 25-story building which features three underground floors, and the offices of the Governor and the Cabinet members on the Plaza Level. The chambers of the Senate and House of Representatives are found on the second through fourth floors, as well as the Secretary and Sergeant at Arms, the offices of the Senate President, and Member offices. The fourth floor houses the Legislative Chambers with their respective public viewing galleries on the fifth floor. Other facilities in the Capitol include a snack bar on the tenth floor, a cafeteria on the Lower Level, and the Florida Welcome Center at the West Plaza Level entrance. Located on either end of Capitol Complex and accessible by bridges are the Senate office building and the House office building, each of which is four stories high and contain meeting rooms and legislative offices.

Originally completed in 1845, the Florida Historic Capitol Museum features two floors of permanent exhibits that focus on Florida's political history that include a variety of photographs, items and objects, audio and video experiences and descriptions interpreting the three branches of Florida's government: executive, judicial, and legislative. Visitors are greeted on arrival with a beautiful grand staircase designed by architect Frank Milburn in 1902, followed by an award-winning documentary in the Historic Capitol Theater that highlights the rich and unique heritage of Florida.

Permanent exhibits on the first floor include the Reception Room to the Governor's Suite, the Governor's Private Office, the Cabinet Meeting Room, and the Stenographer's Office. Other exhibits include the Florida's Governor’s Rooms, the Supreme Court Chamber and an exhibit called ‘Great Events at the Historic Capitol’ which covers many significant events from 1845 to 1977. Located on the lower level and referred to as the Basement, the Gallery at the Historic Capitol is one of the Museum’s temporary exhibit and rental spaces.

The beautiful exteriors of the Florida Historic Capitol Museum are also impressive displays in their own right, including the Cupola and Dome, the East Portico, the Confederate Monument, the four Cornerstones, and magnificent Magnolia Tree, which has been associated with the Capitol for over a century.

Back to: Best Things to Do in Tallahassee, FL