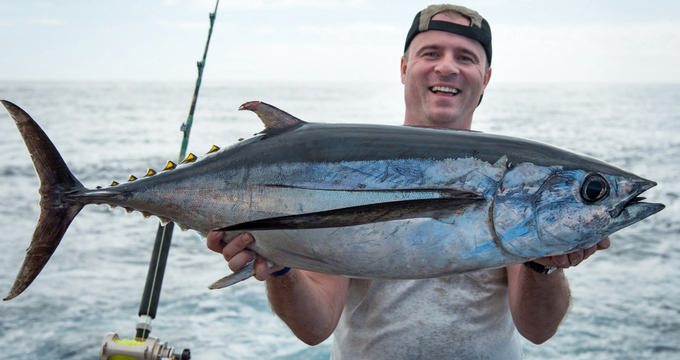 Florida is filled with beautiful beaches and cities, with Clearwater being one of the most picturesque of them all. This little slice of paradise sits on the western coast of the Sunshine State and has a population of over 100,000 people, attracting countless visitors and tourists from all over the world each and every year. Renowned for its eponymous crystal clear waters, pristine beaches, and rich array of wildlife, Clearwater is regarded as one of the best Gulf of Mexico fishing spots in the United States.

Both inshore and offshore fishing can be enjoyed at Clearwater, with many different species of fish just waiting to be caught, including gag grouper, redfish, snook, tarpon, Spanish mackerel, sea trout, cobia, and even sharks. Fishing at Clearwater can be enjoyed from the comfort of the city’s beaches, but if you’re on the hunt for big game and prize fish, it’s best to sign up with a fishing charter and head out to sea.

Fish to Catch at Clearwater

Several different species of fish can be found in the beautiful blue waters of Clearwater, Florida. Here are some of the top ‘staples’ of the area:

Snapper - There are more than a dozen kinds of snapper swimming around the Gulf of Mexico, with red snapper being the most commonly caught specimen. They're a lot of fun to catch and can vary wildly in size.

Grouper - One of the most commonly caught and highly-prized fish at Clearwater. There are several kinds of grouper in this area including goliath and gag. They're tough fighters but bite often and can weigh several hundred pounds.

Tuna - Blackfish tuna migrate in and out of the area in search of food and can often be found tailing shrimp boats in search of a snack. Despite being the smallest kind of tuna, these fish can still grow up to 40+ pounds and are a satisfying catch, especially as they tend to put up quite a fight.

Flounder - Both Gulf and Southern flounder can be found off the coast of Clearwater. These flatfish are known for their almost fat-free meat and also like to snack on shrimp. They average between 2-5 pounds in weight.

Various charter tours are available for both inshore and offshore fishing sessions, all manned by friendly, experienced captains and crewmembers. Charters can be enjoyed by people of all ages and experience levels, and here are a few of the top rated fishing charter options at Clearwater:

Offering four, six, and eight hour trips for everyone from beginners to seasoned anglers, Above Average Fishing Charters definitely lives up to its name and then some. These tours are great to choose for families, keeping groups small so that everyone gets the time and attention they need to have a great time. These tours tend to focus on Spanish mackerel, barracudas, and similar fish, but shark tours are also available and you never know what you might find when sailing the Clearwater seas with Above Average Charters.

For an authentic Clearwater fishing charter experience, choose Captain Rick Reddick. Captain Rick is a fourth generation captain, coming from a long line of Clearwater fishermen. He knows the waters of Clearwater better than the fish themselves and can guarantee some great catches for you and your group. Captain Rick's great value fishing charter tours run from four to eight hours and target gag grouper, Spanish mackerel, king mackerel, white grunts, and other species along the way. Cleaning is offered for no extra cost.

For deep sea fishing fun at Clearwater, Florida, this is a great charter to choose. The Queen Fleet is made up of two very large vessels, capable of carrying up to 150 passengers, making it a great hit with big groups and families. Half and full day slots are available for reservation and catches often include grouper, sea bass, white grunt, and others. The friendly crew aboard these boats work extra hard to ensure that everyone has the best possible time and lands some big catches, so you're guaranteed a super fishing trip whenever you sign up with the Queen Fleet.

8 Best Things to Do in Madeira Beach, FL