14 Best Things to Do in Sanford, Florida 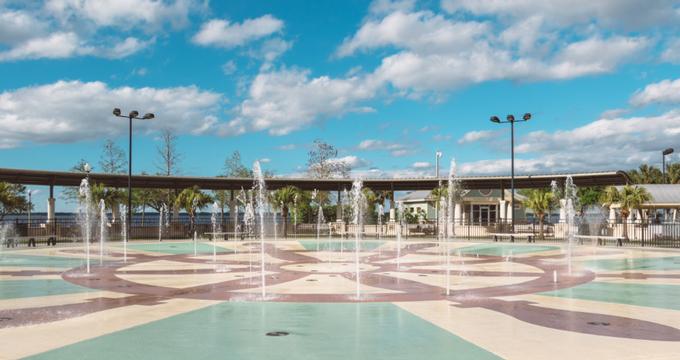 Sanford is a sunny city and seat of Florida’s Seminole County and a water-sport enthusiasts’ paradise. Situated halfway between Daytona Beach and Orlando and close to Lake Monroe and the St. Johns River, the city is home to beautifully preserved 19th-century buildings, a charming waterfront with quaint boutique stores, bustling cafés and restaurants, and lovely water views. Sanford is a popular spot for world-class fishing, all kinds of water-sports, and getting out and about in nature. CDC information for travelers. Hours/availability may have changed. 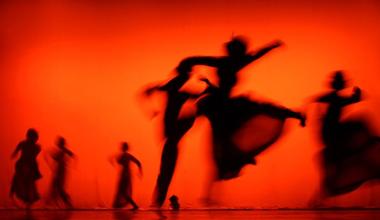 Located on South Magnolia Avenue, the Wayne Densch Performing Arts Center is a state-of-the-art community arts theater that presents an array of performances ranging from plays and concerts to films and musicals throughout the year. Built in 1923 as the Milane Theatre, the historic center has a rich and long-standing heritage that saw the theater changing owners and names several times before becoming the Wayne Densch Performing Arts Center. Today, the theater still retains much of its old character and intimate ambiance, including the neon RITZ Theatre sign as it was in the 1930s, but has upgraded LED technology lighting to enhance performances. 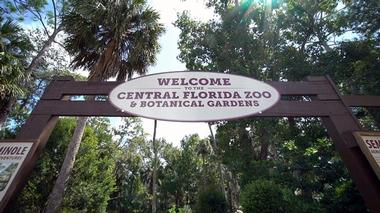 The Central Florida Zoo & Botanical Gardens is a 116-acre animal sanctuary and arboretum north of Orlando that is home to over 500 animals representing 205 species and an array of flora. In addition to a variety of habitats and exhibits that showcase animals in their natural habitats, the zoo also features several attractions such the Wharton-Smith Tropical Splash Ground Water Park, the ZOOm Air Adventure Park, which offers an aerial adventure course, the Barnyard Buddies Children’s Zoo, and an authentic carousel with rides for young visitors. Guests can explore the zoo and gardens on a 16-inch gauge ridable miniature railway that chugs around the park and enjoy giraffe feedings and rhino encounters for an additional fee. The zoo also operates the Orianne Center for Indigo Conservation, an offsite conservation center that helps to breed and release eastern indigo snakes into the wild.

You are reading "14 Best Things to Do in Sanford, Florida" Back to Top

You are reading "14 Best Things to Do in Sanford, Florida" Back to Top

Deviant Wolfe Brewing is a locally owned microbrewery in the heart of historic downtown Sanford that produces a range of quality, handcrafted beers. Tucked between the West End Theater and the Tennessee Truffle on 1st Street, the brewery brews a selection of specialty draft and bottled beers using locally sourced ingredients and seasonal additives. The taproom has communal tables where visitors can relax while sampling some of the brewery’s brews, as well as a guest tap cider and a selection of local wines. Guests can order food from any of the surrounding restaurants and have it delivered to the taproom.

You are reading "Fun Things to Do in Sanford, Florida this Weekend with Friends" Back to Top or More places to see near me today, what to do, weekend trips 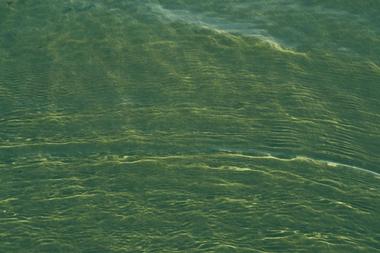 
The Lower Wekiva River Preserve State Park is a nature reserve and critical wildlife habitat spanning over 20,000 acres that incorporates the St. Johns and Wekiva Rivers. Forming a wildlife corridor to the Ocala National Forest along six miles of the St. Johns River, the park is home to a wealth of wildlife including alligators, river otters, black bears, sandhill cranes, and wood storks. The park also offers a variety of outdoor recreational activities ranging from hiking, horseback riding, camping, and equestrian camping to fishing, canoeing, kayaking, and wildlife viewing.

You are reading "What to Do in Sanford, Florida this Weekend" Back to Top or Restaurants near me, stuff to do near me 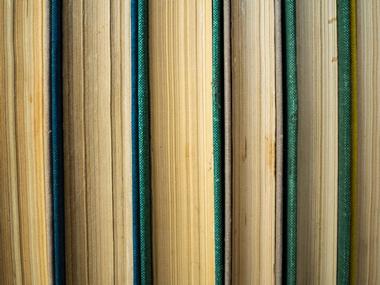 
Established in 1957, the Henry Shelton Sanford Memorial Library and Museum, now known as the Sanford Museum, is dedicated to the history of the Sanford. The museum houses a vast collection of books, documents, and papers from the founder of the city, Henry S. Sanford, as well as American and European paintings, personal objects, and furniture dating back to the 1800s. The museum is home to the Chase Gallery which features exhibits on city-related elements like the fire and police departments, riverboats and railroads, city planning, and the Naval Air Station.

You are reading "Top Romantic Tourist Attractions in Sanford, Florida" Back to Top or More must do for couples, what to do near me, places to visit this weekend 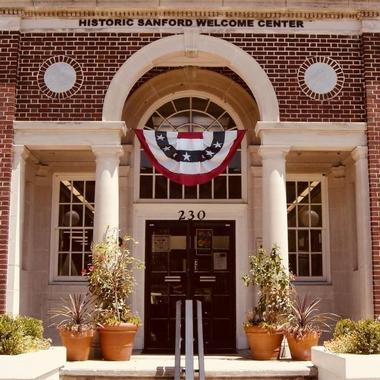 The Historic Sanford Welcome Center is a community center and communications hub that provides a wealth of information about the city of Sanford and its attractions and activities. The center is manned by friendly, welcoming locals who are on hand to offer advice and information on everything about the city from its history and culture, best restaurants and bars, and businesses and services to top things to see and do while visiting. The Historic Sanford Welcome Center keeps up to date with all the latest events and festivals happening in the region and is open daily.

You are reading "What is There to Do with Kids in Sanford, Florida" Back to Top or More tourism, attractions for couples, food, things to see near me today

The Inner Compass Brewing Company is a locally owned microbrewery based in a historic building on 2nd Street that was once a service station. The brewery has a seven-barrel brewhouse in which a range of quality, handcrafted beers are produced using locally sourced and seasonal ingredients. Signature brews on the menu include Ermahgerd Schow Jooschee Hazy IPA, Bridge The Gap Kolsc, Meh? Milk Stout, and Dammit Karl! Hefeweizen. The brewery has a taproom in which visitors can sample brews on tap with communal picnic tables outside on a cozy patio with umbrellas.

The American Bronze Foundry is a state-of-the-art facility that specializes in producing fine art and museum-quality bronze sculpture castings. The facility uses the highest quality and top-of-the-line materials to produce spectacular bronze casts with intricate detailing utilizing both ancient and modern techniques. Professional and expert in-house sculptors can produce all types of sculptures from a variety of mediums such as drawings, sketches, illustrations, photographs, and 3D digital file formats, and molds are cast in clay, wood, plastic, wax, and leather.

"Best Things to Do in Sanford, Florida for Locals & Tourists - Restaurants, Hotels" Back to Top or Beautiful places near me, what to do, restaurants for breakfast, travel guide, nearest beach

Red Hill Groves is a long-standing, family-owned citrus farm that has been growing and providing fresh Florida citrus to the community and the world since 1962. Located in the Indian River growing district with the home grove in Sanford, the farm has a large on-site shop that sells a wide variety of citrus products, such as the highest quality Florida Navel oranges, Red Navel oranges, Honeybell tangelos, Tangerines, Valencia oranges, and Grapefruit. The country-style farm shop also sells fresh Georgia pecans, handmade citrus candies, homemade jams, and preserves, and citrus fruit and gift baskets, and a small café serve coffee and light snacks, as well as a home-cooked barbecue.

The Goldsboro Historical Museum is dedicated to the history of the Goldsboro community of Sanford and the role the community has played in the development of the city. Located on the Historic Goldsboro Boulevard, the museum was founded in 1891 by Mr. William Clark and was the second all-black township in the United States. The museum houses an array of exhibits that showcase the residents, businesses, churches, schools, and general stores in Goldsboro and offer docent-led guided tours throughout the week. Admission to the museum is free.

"New cool stuff to do in Sanford, Florida" Back to Top or Romantic Getaways, Wedding Ideas close to me this weekend, honeymoon, anniversary Ideas, fun places near me

The Corner Cafe is a friendly, neighborhood café-by-day and bistro-by-night in the heart of the Historic Downtown District that serves a menu of fresh, made-from-scratch fare. The pet-friendly eatery has inviting indoor dining spaces and an outdoor patio with lovely views of the downtown district and serves breakfast and lunch menus of freshly prepared salads, panini-style sandwiches, and homemade soups. Dinner menus feature hand-prepared, multi-course meals of creative entrées, and a full-service bar offers a wide range of libations including craft beers, casual wines, and classic cocktails. The Corner Cafe is open for breakfast, lunch, and dinner, daily. 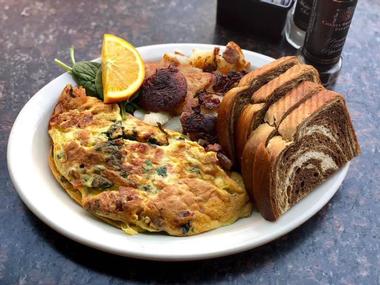 Located in Downtown Sanford, The Original Christo’s is a long-standing family-owned restaurant that has been serving hearty, home-cooked food in a warm, inviting space for over 50 years. Established in 1971 by the Cranias family, the grassroots family restaurant is open for breakfast, lunch, and dinner, and has an extensive menu of comfort food from burgers, steaks, wood-fired pizza, and pasta to fresh seafood, salads, and homemade soups. The restaurant has a spacious and airy dining area with plenty of comfortable booths and table seating and offers customized catering services for special events and functions. 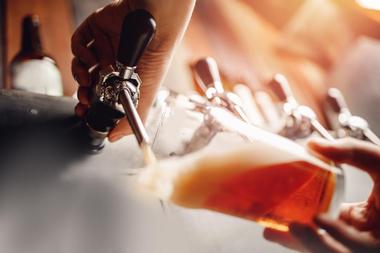 Buster’s Bistro is a popular brewpub that specializes in Belgian beer and traditional Belgian pub grub, along with live music from the resident band, Delirium. Located in historic Downtown Sanford, the bistro has a spacious indoor dining area with rustic-chic décor and warm wood finishes and a lovely outdoor area for summertime dining and drinking. The bistro offers a unique Belgian experience with a variety of imported Belgian beers, innovative draft cocktails, and authentic Belgian fare like frites, poutine, Croque monsieur, and pork pot roast. Buster’s Bistro hosts a variety of events throughout the week, including live music from Delirium Band, Trivia on Tuesday, and a live DJ every Saturday night.

14 Best Things to Do in Sanford, Florida

You are reading "14 Best Things to Do in Sanford, Florida " Back to Top

19 Best Things to Do in Miami Beach, Florida

10 Best Things to Do in Santa Rosa Beach, Florida