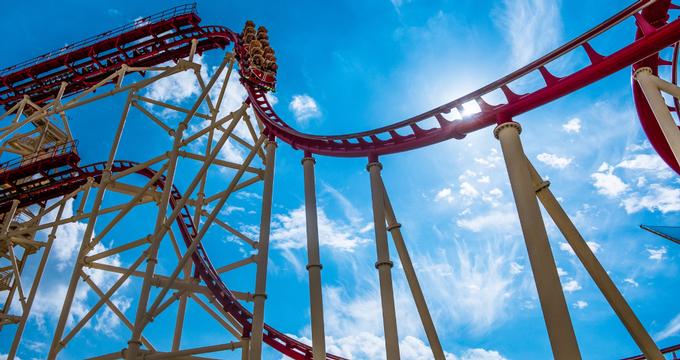 Often referred to as the Theme Park Capital of the World, Orlando offers exciting amusement parks for people of all ages and interests. Get your adrenaline pumping on the thrilling roller coasters at Busch Gardens and Universal's Islands of Adventure, come face-to-face with your favorite characters at Universal Studios or Disney's Hollywood Studios, or marvel at the beautiful marine life at SeaWorld Orlando and Discovery Cove. . 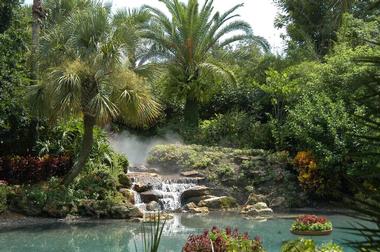 With its many world-class aquariums, SeaWorld Orlando is one of the best places in the city to get up close and personal with the incredible marine life that lives in the waters around Florida. One of the biggest attractions in the park is an orca known as Shamu, but visitors will also have the chance to see dolphins, sharks, turtles, flamingos, penguins, and even sloths. However, the park is much more than a collection of aquariums; it also offers roller coasters, rides for children, plenty of dining options, and valuable information about wildlife conservation. 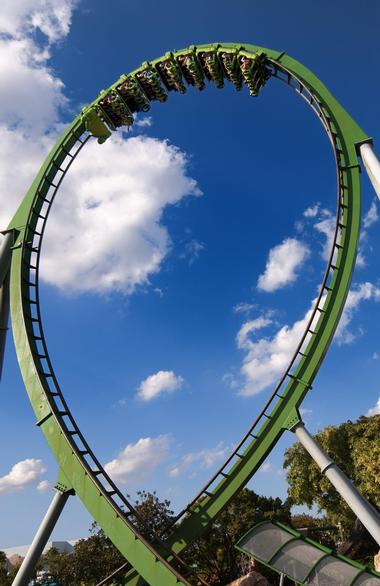 Opened in 1999, Universal's Islands of Adventure is a unique amusement park with eight distinct themed islands for visitors to explore. There are countless rides, activities, and shows to be found throughout the islands; some of the most popular include the Jurassic Park river adventure, the three-story sea-themed play area, and a replica of the Hogwarts Express that brings visitors to the neighboring Universal Studios. Costumed characters can often be found wandering through the park, making for some excellent photo opportunities. Both single-day and annual passes are available, and visitors can also purchase tickets that provide access to both this park and Universal Studios. 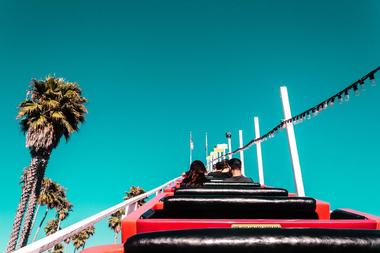 If you're a big movie fan, visiting Universal Studios Florida is a dream come true. The grounds are jam-packed with all sorts of exciting rides and attractions, including a Simpsons-themed virtual reality roller coaster, a thrilling Harry Potter attraction that takes visitors deep underground, and an elaborate Revenge of the Mummy ride. The level of detail in the park is incredible, and visitors will feel like they've been transported into their favorite fictional worlds. The park is also an operational movie and TV production facility, meaning that lucky visitors might even have the chance to see a real film crew at work. 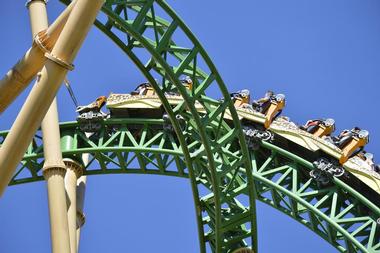 Sitting on a 335-acre property in Tampa, Busch Gardens Tampa Bay offers thrilling amusement park rides, live entertainment for all ages, and one of the largest zoos in the United States. More than 12,000 different animals live in the park; many of these animals are native to Africa, and visitors can take exciting safari-style tours if they want to see the animals up close. The park also boasts some of the best roller coasters in Florida, including one with spinning cars and another with an incredible 70 mph drop. Special events are held throughout the year, and both daily and annual passes are available. 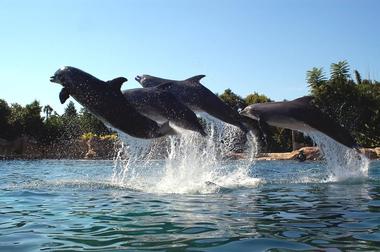 
Owned by SeaWorld Parks & Entertainment, Discovery Cove is an all-inclusive day resort that provides the opportunity to enjoy breathtaking animal encounters in a lush tropical setting with plenty of waterfalls, pools, and winding rivers. A 30-minute dolphin swim is included in the price of admission, and possible add-ons include feeding rays, swimming with sharks, and going on an exciting walking tour of the Grand Reef. Visitors will be provided with unlimited food and beverage all throughout their stay, and guests can choose to purchase tickets that also include access to SeaWorld Orlando and the Aquatica water park. 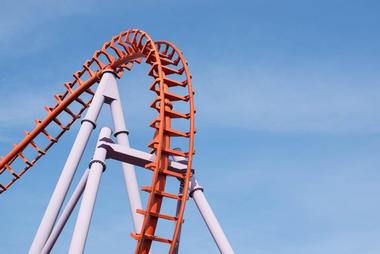 
Formerly known as MGM Studios, Disney's Hollywood Studios is a family-friendly amusement park with plenty of rides and attractions inspired by classic Disney movies from the 1930s and 1940s as well as more modern favorites like Toy Story and Star Wars. There's something here for everyone: The Tower of Terror is a must-do for adrenaline junkies, while younger children will love the interactive rides found in the Animation Courtyard. Another highlight of the park is a show known as Fantasmic, which takes place on the water and features fireworks, live actors, and a laser show. 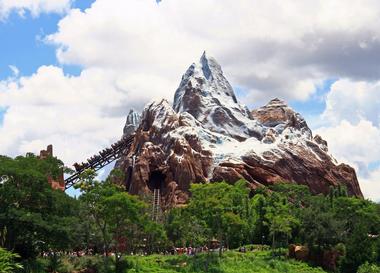 Part of the Walt Disney World Resort, Disney's Animal Kingdom Theme Park is a zoological theme park dedicated to nature and conservation. The park encompasses an incredible 580 acres, and although it offers several exciting rides, the real attractions in the park are the shows and the animal exhibits. A visit to the park isn't complete without taking the signature safari ride, which exposes visitors to a wide range of animals living in excellent replicas of their natural environments, but other highlights include exploring Pandora – World of Avatar and watching the various Disney-themed musical shows with acrobats and other performers. 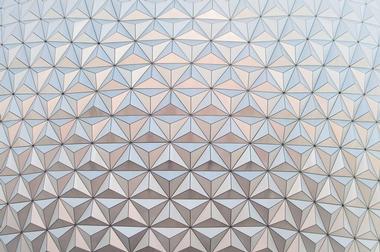 Created to celebrate human achievement in technology and culture, Epcot is another part of the Walt Disney World Resort. The park is divided into two distinct sections, one of which explores innovative uses of technology, and another with pavilions representing eleven different world nations. Many of the most popular attractions are located in Future World, including a large white sphere called Spaceship Earth and Mission: Space, a ride designed to simulate the experience of going into space. There are also plenty of Disney characters wandering around the park, and authentic dining options can be found in each of the themed country pavilions. 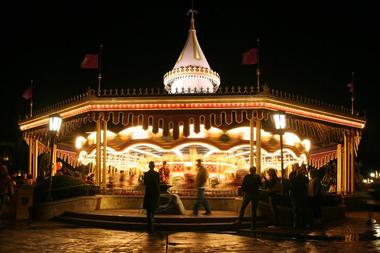 Represented by the iconic Cinderella Castle seen in the opening credits of every Disney movie, Magic Kingdom Park attracts more visitors than any other theme park in the world. The Magic Kingdom is divided into six “lands,” namely the futuristic Tomorrowland, the Western Frontierland, the mysterious Adventureland, the medieval carnival-inspired Fantasyland, Liberty Square, and Main Street, U.S.A. The park is home to well-known rides like Splash Mountain and Space Mountain, but it also offers the opportunity to interact with all of the most beloved Disney characters. Other highlights include the shops selling Disney-themed merchandise and the incredible fireworks display held every evening.

-- "10 Best Amusement Parks in Orlando for Locals & Tourists - Restaurants, Hotels" Back to Top 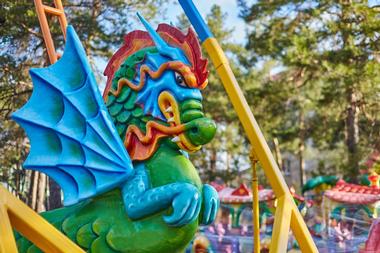 Set on the shores of Lake Eloise, LEGOLAND Florida Resort is a colorful Lego-themed resort with a hotel and more than 50 different rides, shows, and attractions. The park is divided into eleven zones, including a water park with a wave pool and plenty of water slides, a Lego city complete with drivable boats and cars, and a miniature Lego replica of the United States. The park is best suited for families with children between the ages of 2 and 12, and special Fastrack passes are available for visitors who want to make the most of their time here.

10 Best Things to Do in Coconut Creek, Florida

25 Best Things to Do in Fort Lauderdale, Florida