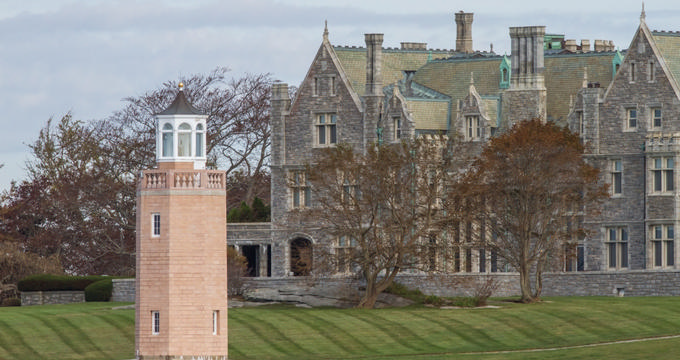 Sitting on the Thames River, Groton, CT is a small but charming New England with a sense of community that's enjoyed by visitors and residents alike. The town has a rich military history that extends to the present day; not only is it home to Fort Griswold, which played an important role in the Revolutionary War, but it's also the location of the American Navy's principal submarine base. 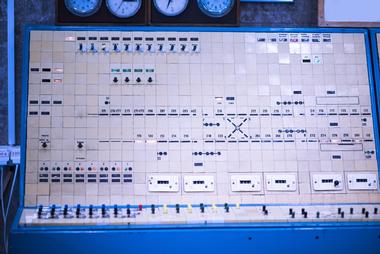 Found in the Submarine Force Museum, the only such museum run by the U.S. Navy, the USS Nautilus is a historic submarine that holds the honor of having been the first submarine in the world to make an entirely submerged journey to the North Pole. Today, visitors to the museum have the exciting opportunity to go on board the ship and learn about its fascinating history through a series of exhibitions containing various photos, documents, and other historical artifacts. Touring the submarine takes approximately half an hour, and self-guided audio tours can be borrowed from the front desk. 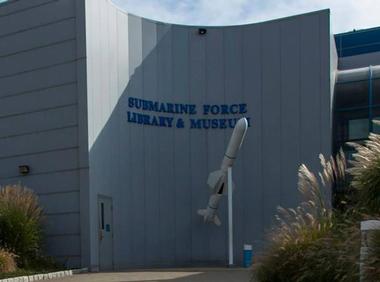 The Submarine Force Museum is best known as the home of the USS Nautilus, but it also houses tens of thousands of historical artifacts, documents, and photographs relating to the history of submarines and of the US Navy. Because of the sheer number of artifacts owned by the museum, the displays are rotated regularly, and repeat visitors will always find something new to learn about. There are also two small theaters in the museum, which play informative videos on a continuous loop. The museum is open every day except for Tuesdays and select holidays, and admission and parking are free. 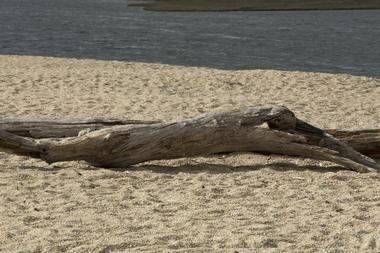 Located on a beautiful peninsula on Long Island Sound, Bluff Point State Park is one of the biggest pieces of undeveloped land along the coast of Connecticut. The park encompasses more than 800 acres of varied terrain, including cliffs, wetlands, and forest, and there are plenty of hiking and biking trails for visitors to use. The area is a true haven for wildlife; more than 200 birds have been spotted in the park, and it's home to a wide range of mammals and fish. Both shell fishing and saltwater fishing are possible here, although a permit is required for shell fishing. 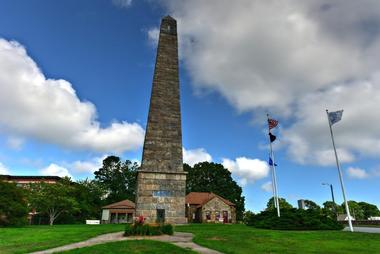 Named in honor of Deputy Governor Matthew Griswold, Fort Griswold Battlefield State Park was the site of an important battle that took place in 1781 during the initial stages of the American Revolutionary War. The land was declared a state park in 1953, and it's home to several monuments that were built to commemorate the soldiers who fought in the war. A self-guided cell phone tour of the park is available; it includes six different sites, and visitors will find signs throughout the park to indicate the tour locations. There is no fee for parking, and park amenities include picnic tables and restrooms. 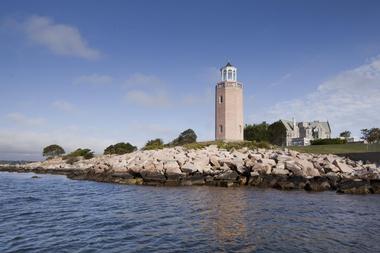 
Set on the University of Connecticut's Avery Point Campus, the Avery Point Light is a historic lighthouse that was constructed in 1943 and lit for the first time in 1944. The lighthouse is widely recognized as the last one built in the state, and although its use was discontinued in 1967, it was restored and re-lit in the early 2000s. The site is now listed on the National Register of Historic Places. The grounds of the university are open to the public, and there is a beautiful walkway that runs along the shore and up to the lighthouse. 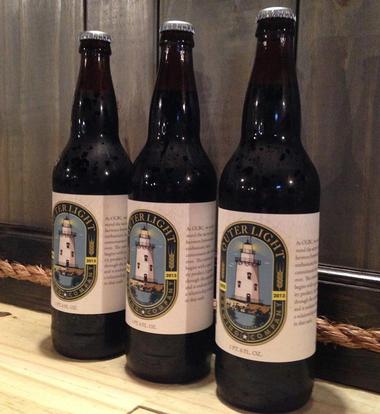 
Established in 2015, the Outer Light Brewing Company is a craft beer company that specializes in brewing innovative, high-quality beers. The company's beers can be found at many local restaurants and stores, but visitors are also encouraged to check out the brewery's family-friendly tap room, which offers tastings as well as can sales and growler fills for anyone who wants their beer to-go. The tap room can also be rented out for private events with 48 or fewer guests; tables and chairs can be rented for an additional cost, and event planners are welcome to arrange catering or bring in their own food. 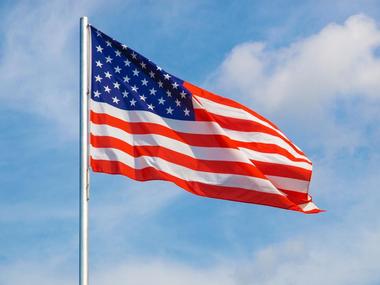 Built to honor the submarine veterans of World War II, the US Submarine Veterans of WWII National Memorial East features a large Wall of Honor as well as several monuments and a walkway lined with plaques listing some of the submarines and soldiers who were lost during the war. The Wall of Honor was dedicated in 1994, and it lists the names of more than 3600 submarine soldiers who lost their lives in combat. Another notable feature of the memorial is the tower of the Flasher, a submarine that sunk more tonnage of Japanese vessels than any other submarine during the Second World War. 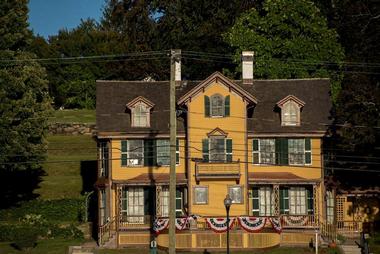 Constructed in 1800 by Rufus Avery, the Avery-Copp House sits on a beautifully landscaped property right next to the Thames River and has been passed down through the Avery-Copp family for generations. The historic home was carefully restored in the early 2000s, and it now serves as a fascinating museum that allows visitors to learn about the history of the Avery-Copp family. The museum is open for tours on Fridays, Saturdays, and Sundays between the end of May and the beginning of October, and children and active members of the military receive complimentary admission. Free parking is available. 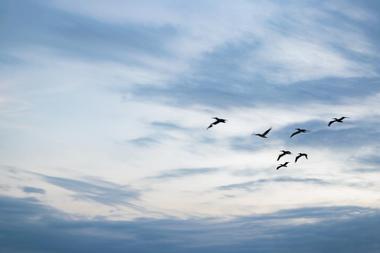 Created to preserve some green space in Groton, Haley Farm State Park is located on the site of a Colonial-era dairy farm. The park includes wetlands, marshes, forests, and fields; the varied terrain makes it an excellent destination for birdwatching and wildlife viewing. Plenty of trails run through the park, including a trail that connects the park to the neighboring Bluff Point State Park and a section of a bike path that runs from Mystic to Noank. Walkers, runners, and cyclists are welcome to use all of the park's trails, but horses and motorized vehicles are not permitted. 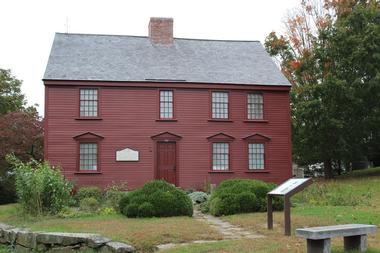 Dating back to the 1760s, the Ebenezer Avery House and Museum is a historic home that was used as a place of refuge for wounded American soldiers after the battle of Fort Griswold. The home stood on the same location in downtown Groton for more than 200 years, but in 1971 it was moved to Fort Griswold Battlefield State Park, where it was carefully restored and opened to the public. The museum is open on Friday, Saturday, and Sunday afternoons between the end of May and the beginning of September, and admission is by donation.

If you're looking for some good old-fashioned entertainment while in Groton, the Groton Regional Theatre is one of your best bets. As a non-profit organization, it aims to educate the public through creative workshops as well as to entertain audiences. The theatre puts on two to three shows a year, ranging from dramas to comedies to musicals; past shows have included Annie, The Rocky Horror Picture Show, and A Streetcar Named Desire. Tickets can be purchased online or in person, but customers should be aware that only cash and checks are accepted when buying tickets at the venue. 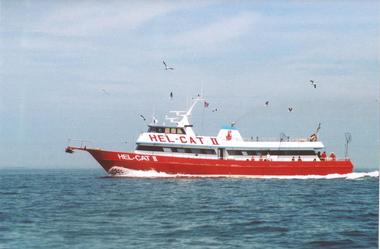 Owned and operated by the Glas family, the Hel-Cat II Fishing Boat is a Coast Guard certified party boat that offers day trips to the best fishing spots around Groton. Most of the spots can be reached in 40 minutes or less, and the boat leaves at 9 a.m. every day to allow plenty of time for fishing. Fishing rods can be rented if needed, and an experienced fisherman is always on the boat to give beginners a helping hand. Alcohol is not permitted on board, but guests are welcome to bring their own food and non-alcoholic beverages. 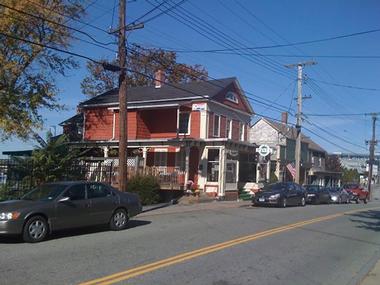 Boasting an excellent location right on the riverfront, Paul's Pasta Shop is a family-owned restaurant that specializes in pasta and other Italian dishes. The restaurant is proud to make its pasta from scratch daily, and there are always new and exciting daily pasta specials to try. An excellent selection of appetizers, salads, wines, and beers are offered to accompany the pasta dishes, and gluten-free pasta is available upon request. Customers can also purchase fresh pasta to take home and prepare themselves, including traditional egg pasta as well as flavors like black peppercorn and tomato basil. Reservations are not accepted. 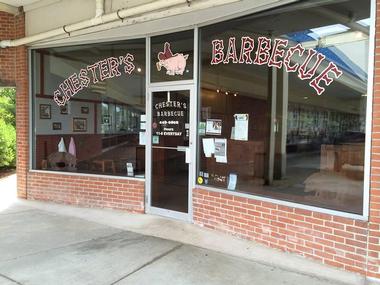 With locations in both Groton and Clinton, Chester's Barbecue is an authentic barbecue joint serving meat that has been carefully slow cooked for up to sixteen hours. The menu features barbecue styles from all over the country, including Texas-style brisket and pulled pork inspired by the flavors of the mid-Atlantic, and customers are welcome to create their own custom barbecue combos by the pound. A delicious selection of sides rounds out the menu; the most popular choice is a bowl of the restaurant's signature chili, but other options include cole slaw, baked beans, and potato salad.

Places to eat near me, free points of interest, lakes near me, waterfalls, weekend getaways near me: Places to stay in Newport RI, Best wellness retreats, Ridgefield, Storrs, New Hartford, Bismarck 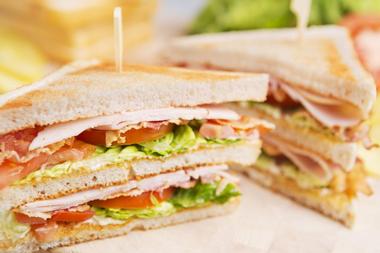 Specializing in classic American comfort food, the Shack Restaurant has been serving up delicious breakfasts, lunches, and dinners since it was opened in 1989. The breakfast menu boasts a wide range of both sweet and savory dishes, and the lunch and dinner menus offer soups, salads, sandwiches, burgers, and more. The restaurant also features a special children's menu for customers under the age of 12; kid's breakfasts come with a small drink, and lunches and dinners include a drink, an entree, a side, and a dessert. Breakfast is offered seven days a week, and the restaurant is open for lunch and dinner Monday through Saturday. 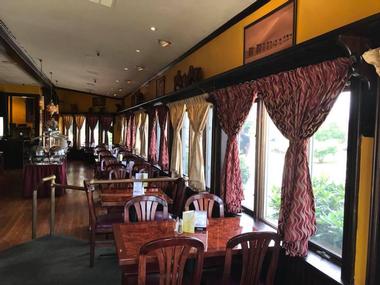 One of the most popular restaurants in Groton, Mirch Masala Cuisine of India serves traditional Indian food in a warm, welcoming setting. The menu offers everything from biryani to mouth-watering tandoor dishes baked in a clay oven; everything is made to order, and customers can choose their desired level of spiciness. All entrees are served with a complimentary dish of basmati rice, and there is a wide selection of vegetarian and vegan dishes. The restaurant is open for dinner seven days a week, and an all-you-can-eat lunch buffet is offered every day except for Mondays.

You are reading "What to Do in Groton, Connecticut this Weekend" Back to Top

25 Best Places to Visit in Connecticut