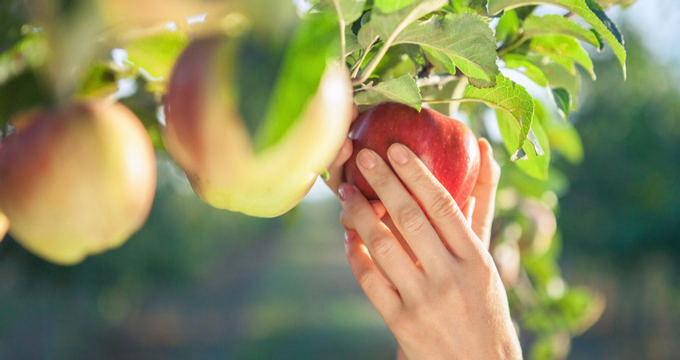 Apples are, without a doubt, one of America's favorite fruits. They're grown all over the country and used in more recipes than you can even begin to imagine, with one of the best things about apples being how versatile they are and how many different uses they can have. The classic examples like apple pie and apple tart are timeless desserts we all known and love, but apples can also be added to savory dishes in many different ways, as well used to create all kinds of different concoctions that the whole family can enjoy, as well as being used for cider, wine, juice, and more. 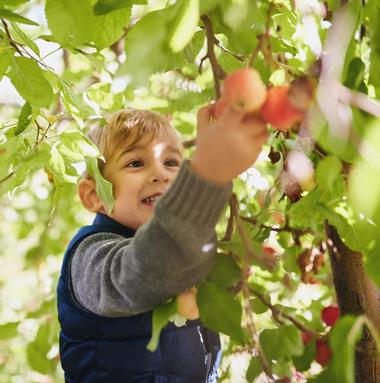 No matter how you like the apples, the best way to get them is to actually head out to a local farm or orchard and pick them for yourself, with hundreds of different apple picking locations being found in key apple production states, especially up in New England, where the soil and weather are just right for the growth of dozens of different apple varieties. Connecticut is a prime example.

In fact, Connecticut has a rich history associated with apples, as it was the home of the first ever apple pie recipes, which were published back at the end of the 18th century in 'American Cookery', the first American cookbook ever written. The state is home to a long list of amazing apple orchards and farms offering pick-your-own fun for all the family, with dozens of different apples often grown at each location and apple picking season typically running through from the end of the summer into the start of winter each year.

Some of the top apple varieties you can find in CT include Gala, Empire, Jonagold, Fuji, Honeycrisp, Baldwin, Zestar, Braeburn, Mutsu, Irda Red, and Rome, with many others also found around the state. If you're looking to enjoy some authentic apple picking fun in New England, CT is the place to be. See below for details and info on some of the best apple picking spots in Connecticut and start planning your next apple picking trip today.

Located not too far outside of Hartford, Rogers Orchards is one of the best rated apple picking locations in all of Connecticut and has been highly praised by many generations of apple pickers over the years. This apple orchard has been running since the early 19th century, meaning that no less than eight generations of family members have been working on the land and providing apples to the local community and beyond.

Rogers Orchards grows a vast range of apple varieties including Macoun, Empire, Cortland, McIntosh, Gala, Honeycrisp, Ginger Gold, Jersey Mac, Ida Red, Golden Delicious, Red Delicious, Spencer, Crispin, Fuji, Granny Smith, and Rome. You can pick all these apples, and plenty more, during the apple picking season, which usually starts towards the end of August and runs through towards the end of November. As well as the apple picking, you can also stop off at the orchard bakery for some fresh treats, straight from the oven. 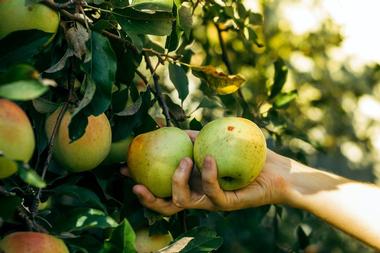 Not too far from key coastal cities like Milford, Bridgeport, Fairfield, and more, Beardsley's Cider Mill & Orchard is another very highly rated apple picking location for the great state of Connecticut. Offering some of the finest apple cider in the whole state and a great range of other treats too, this apple orchard is a wonderful place for people of all ages to come and spend some time.

The apple varieties you can hope to find at Beardsley's Cider Mill & Orchard include Gala, Liberty, Empire, Macoun, McIntosh, Cortland, Mutsu, Northern Spy, Red Delicious, Crimson Topaz, Rome, Winesap, Enterprise, and Braeburn. This orchard also has plans to start growing some traditional European cider varieties in the years to come in order to expand its offerings and provide even more awesome experiences for guests.

Situated in Middlefield, a relatively short and scenic drive south of Hartford, Lyman Orchards is an extensive farm and orchard offering a huge variety of seasonal fruit to be picked and enjoyed by all guests, including a super selection of apples. The amazing thing about this apple picking spot isn't just the apples it has to offer, but the huge range of extra activities that can be enjoyed here too.

Lyman Orchards has no less than three golf courses, as well as a seasonal store with a changing array of goods to suit the time of year, multiple special events like fall festivals and the 'Spring Apple Hunt', the 'Apple Barrel' store selling an enormous range of goods and produce, hard cider sales, and more. As for the apples themselves, you'll find a dozen different varieties at this CT orchard, with apple picking season running from Mid-August through to the end of October, and the staff will only be too happy to share recipe ideas, storage solutions, and general tips to help you make the most of every apple you pick.