Best Things to Do in Denver: Leopold Bros 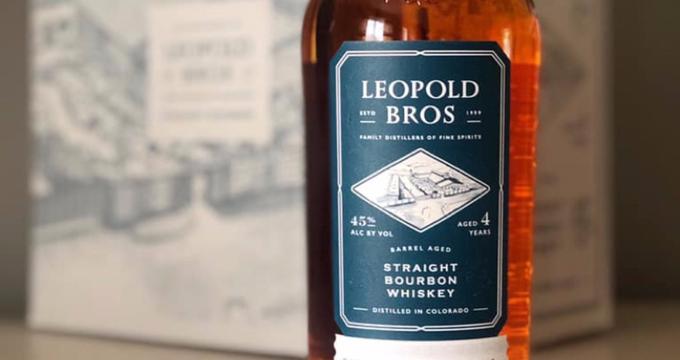 All over America, from East to West, some of the world's finest spirits are being made at a long list of leading, family-owned and operated distilleries. Many examples of high quality distilleries can be found all around the great state of Colorado in particular, with Leopold Bros being a fine example.

An independently owned distillery established in 1999, Leopold Bros was, as the name implies, created by a pair of brothers: Todd and Scott Leopold. Todd earned his qualifications in malting and brewing from Chicago and Munich, as well as working as an apprentice at multiple breweries and distilleries all over Europe, while Scott earned a Masters in Environmental Engineering before pursuing a career in manufacturing.

It was on October 8th of 1999 that Scott and Todd first launched the Leopold Bros name at a microbrewery in Michigan, but they eventually turned their attention to spirits, relocating to Denver in the mid-2000s and pursuing their dream of crafting high quality spirits from only the finest ingredients and using the best, time-tested and proven techniques.

Now, Leopold Bros spirits are sold all over the country. Whether you're in Arizona, California, South Dakota, Washington State, New York, New Jersey, Texas, or somewhere else, you should be able to find these amazing spirits near you, and anyone lucky enough to be in the Denver area can actually visit the distillery for tours and tastings.

If you'd like to head on down to the Leopold Bros tasting room in order to sample these amazing spirits and meet the team behind them, here's all you need to know:

- Opening Times - The tasting room for Leopold Bros is open from Wednesdays through to Saturdays of each week. Tastings run from noon until 4pm on Wednesdays and Thursdays and from noon until 8.30pm on Fridays and Saturdays. Tastings typically include a flight of 5 samples and are available for the very low price of just $5 per person. All guests must be aged 21 or above and able to provide photo ID to prove their age.

- Tours - A tour of the Leopold Bros distillery can be a very educational, entertaining, and enriching experience for all who attend. Tours are open to the public and you'll need to buy a ticket to enter, but can recoup the cost of your ticket by purchasing some spirits at the end of the tour in the tasting room. Sometimes, walk-in spots are available on the tours, but this will depend on how busy the distillery is and it's always wise to reserve in advance.

- What Happens On The Tours - The tours run for around an hour and a half on average and start off in the tasting room. There, you'll learn a little history about Leopold Bros from your tour guide before heading off into the production area of the distillery, learning all about the different aspects of spirit production like malting, mashing, fermenting, and more. You'll also be able to enjoy a few little samples as you walk around, before taking your seats in the tasting room once more for even more samples. These tours are public, but it is possible to reserve private tours by emailing the company at kristin@leopoldbros.com.

- Important Information for Visiting the Leopold Bros Distillery and Tasting Room - No children or pets can come along to the tasting room, although service animals are allowed. For now, the tasting room doesn't serve any food, but guests can bring their own snacks along if they like. The tasting room is a non-smoking and non-vaporizing zone for the safety and comfort of everyone. If you visit the tasting room and order a flight of samples, the $5 price you pay can be deducted from any bottle you choose to buy.

- Private Events - If you're planning a birthday party, holiday party, corporate outing, or some other kind of special event in Denver, the Leopold Bros distillery and tasting room could be the perfect venue for you. This location is available for private event rentals, and you can fill out an online form to learn more and get in touch with the team. It's also possible to organize private tours of the distillery and even private cocktail workshops with Leopold Bros too. website

Things to Do in Colorado Springs: Glen Eyrie

25 Best Things to Do in Breckenridge, Colorado

22 Best Things to Do in Colorado

22 Best Things to Do in Denver, Colorado