Things to Do in Canada: Canadian War Museum 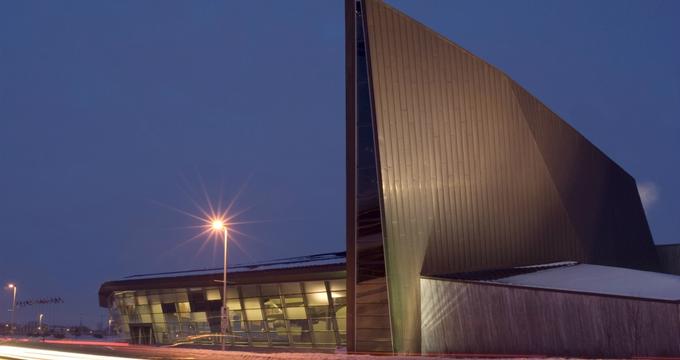 The Canadian War Museum is the national museum for military history in Canada, as well as one of the most respected museums for the understanding and study of armed conflict in the world. The museum dates back to the year 1880, when it mostly consisted of a militia artifact collection. On May 5 of 2005, the museum opened to the public at its current location in downtown Ottawa. The date marked the 125th anniversary of the Canadian War Museum, as well as the 60th anniversary of V-E Day.

The public programs and exhibition galleries at the Canadian War Museum are designed with an emphasis on the human experience of war. The Canadian Experience Galleries showcase Canada's military history from its earliest days to today, in addition to the history of remembrance and honoring. The collection at the museum consists of rare vehicles, uniforms, artillery, over thirteen thousand works of the Beaverbrook Collection of War Art, personal memoirs, and medals.

The Royal Canadian Legion Hall of Honour highlights the long history of Canada honoring people, how the people of the country have commemorated and remembered their military history. Through artifacts, art, photographs, and personal stories, the gallery displays the earliest ways of honoring individuals, such as dance, painting, and burial, to national monuments and technology's role in new commemorative practices.

The first part of the Canadian Experience Galleries, this gallery tells the stories of how the earliest wars in Canada shaped the country and its people. It serves as an introduction to the idea of war, as well as it relevance to Canada and Canadians. Visitors can explore the conflicts of the country's First Peoples to life after European contact to the 1885 Northwest Resistance.

In this second part of the Canadian Experience, the focus is on the South African War and World War I. The contributions and sacrifices of Canada during these wars resulted in a rise in sense of nationhood, as well as led to international recognition. Visitors are greeted by an imperialistic setting that marks the Diamond Jubilee of 1897 upon entering the gallery.

Canada's contributions to the fight against dictators overseas helped to transform the country, as well as its place among other world powers. This third installment of the Canadian Experience Galleries focuses on World War II and the fight to stop dictatorships. Guests are introduced to the 1930's and its aggressive and oppressive dictatorships, along with the increasing pressure for a firm response from the world.

From the Cold War to the Present

Canada has now become a respected world power due in part to its commitments to peacekeeping and Western defense. Veterans of World War II returned to a prosperous and peaceful Canada. Guests enter the home of a post-war veteran, walking through the well-appointed kitchen, in which now modernity and convenience are the norm. Afterwards, visitors are met with the beginning of the Cold War and the reality of nuclear threat from the Soviet Union. This concluding gallery of the Canadian Experience has been recently redeveloped to include contributions to operations in Somalia, the Gulf War, Rwanda, Afghanistan, and the former Yugoslavia.

More Things to Do in Canada

25 Best Things to Do in Victoria, BC