Best Things to Do in Toronto, Canada: Elmwood Spa 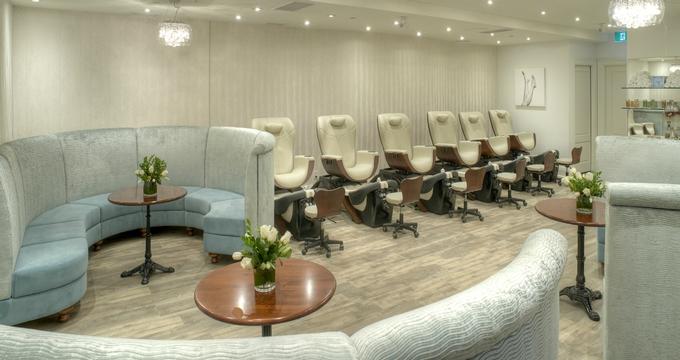 The Elmwood Spa is on Elm Street in downtown Toronto, with Yorkville and Cabbagetown a few blocks away. The spa is a stress detoxifier that allows visitors to relax and escape the hustle and bustle of the city. The Elmwood Spa is known for an atmosphere that is urban, serene, relaxing, and therapeutic. The spa was designed by Gordon & Helliwell, and finalized by Edward James Lennox, who also designed the Casa Loma, the Old City Hall, and St. Paul’s Anglican Church. This alluring yet peaceful spa features four floors that include 34 treatment rooms, a swimming pool, a juice bar, a steam room, a whirlpool, and water therapies.

Elmwood invites those attending the spa retreats to participate in preparing for the treatment through activities like soaking in the whirlpool, sweating it out in the steam room, or doing a few laps to warm up. All spa retreats include whirlpools, swimming pools, water therapy, and steam rooms. Full-day retreats last up to 6 hours and cost $440, with the Revival Retreat and the Decadent Retreat popular options. Half-day retreats vary in price from $135 to $499 and include the Serenity Retreat, Radiance Retreat, and Elmwood Escape. There’s also a Men’s Essential Retreat alongside Couple’s Retreats as well as a Year at the Spa retreat, which costs $4,200. The Swedish massage and the Elmline Essential facial and pedicure are just a few of the top additions that are added to the yearly retreat deal. Some of the other specials on offer here include couple deals, friends deals, limited time offers, and loyalty programs.

Elmwood was featured on FlipKey, which named the Elmwood Spa as one to visit in Toronto as it is a relaxation paradise. Another achievement by Elmwood was appearing on the Marilyn Denis Show, and the spa was featured as a prize for the two runners-up of the Mom-Preneurs, who won a $500 gift card for their efforts. The Huffington Post’s Canada Travel section named the spa a must-visit in Toronto, just one of the many accolades this spa has received over recent years.

Elmwood Spa has a number of convenient eating options, such as the wholesome, healthy, and tasty Terrace Restaurant, which has is a 3-course lunch for $38. Another is Bangkok Garden, which brings a little Thai to Toronto with its authentic food and a proven 5-star rating, as well as the juice bar, which is popular with the Elmwood customers, who can grab a quick drink and chill.

Back to: Best Things to Do in Toronto, Canada