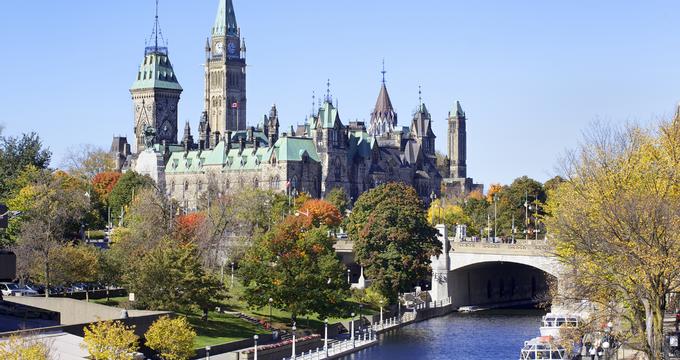 Canada's capital city is known around the world for its gorgeous Victorian architecture and dynamic cultural, home to world-class museums, internationally-renowned landmarks, and lively arts and music scenes. The beautiful city, which lies at the United States-Quebec border along the Ottawa River, offers a wide variety of lovely date ideas, including excursions to attractions such as the National Gallery of Canada and the picturesque Rideau Canal. After taking in the city's sights, couples can explore the city's gastronomy scene and enjoy intimate dining experiences at some of Canada's most acclaimed fine dining destinations. 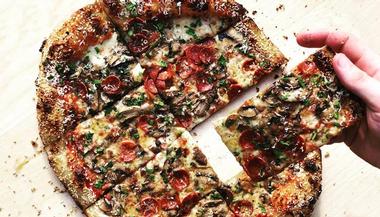 © Art Is In Bakery

Art Is In Bakery has been named as one of Ottawa's best restaurants by Ottawa Magazine, taking inspiration cues from Brooklyn cafes and Parisian boulangeries. The restaurant, which is helmed by pastry chef Kevin Mathieson, was featured on the Food Network Canada television series You Gotta Eat Here! for its delicious gastro-bakery concoctions, which are served up throughout the morning and afternoon hours. Traditional and gluten-free breakfast sandwiches are served during the morning, along with delicacies such as croque monsieur and housemade quiche. At lunch, diners can choose from a selection of high-quality deli sandwiches, health-conscious salads, or burger or mac and cheese specials. House-baked bread is sold throughout the day, along with pastries, baguettes, and desserts. 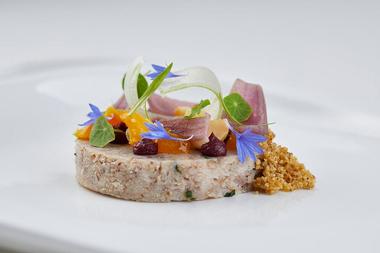 Atelier Restaurant has been named as one of Canada's top 100 restaurants, acclaimed throughout the province of Ontario since its 2008 opening. The restaurant is overseen by executive chef Marc Lepine and is known for its high-quality 12-course tasting menus, which focus on molecular gastronomy options. Menus rotate frequently, but often feature options such as duck terrarium, foie gras-wrapped cherries, cornish hens with black garlic, and mackerel with blood orange. All dining experiences last approximately three hours and include wine pairings for all courses upon request. Couples should note that advance reservations are required for all dining experiences and should be secured well in advance of desired dining date. 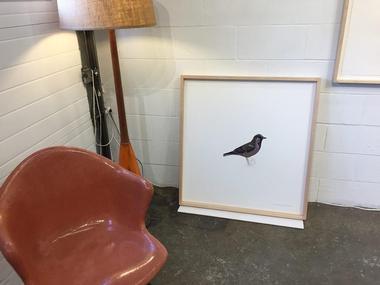 Central Art Garage is a unique art gallery and framing shop in Ottawa's Chinatown district, originally opened to the public in 2013. The gallery, which is owned by fine art framing expert Danny Hussey, is housed within a renovated auto repair garage and is known for its excellent curated shows of contemporary art by regional and national artists and designers. Past exhibits have highlighted artists such as Michael Belmore, Laura Taler, and Ursula Johnson. Fine art framing services are also provided for artists and art collectors on site, using frames crafted by hand from locally-milled fine woods. 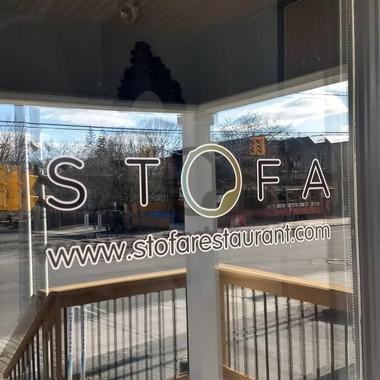 Stofa Restaurant is the vision of executive chef Jason Sawison, named in honor of a term signifying the warmth and comfort of communal dining experiences. The restaurant, which was originally opened in 2017, strives to bridge the gap between traditional and modern cooking techniques, emphasizing creativity in all its cooking methods and presentations. Delicious contemporary Canadian fare with global twists is served up at dinner Tuesdays through Saturdays, including elegant entrees such as buttercup squash agnolotti, buffalo ricotta gnudi, Québec veal striploin, and duck breast with mole poblano. A blind tasting menu is also offered, serving up a chef's selection of entrees paired with fine wines. 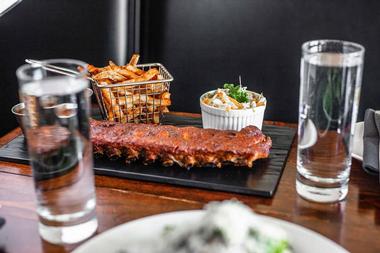 
Mason Dixon Kitchen + Bar brings a taste of the American South to Ottawa, serving up classic comfort food entrees in an inviting, intimate dining room space. The restaurant, which is overseen by chef Henry Besser-Rosenberg, highlights Southern fare prepared with Canadian twists and locally-sourced ingredients, such as its signature fried chicken and waffles, prepared with warm Canadian maple syrup. Couples can share combination platters of their choice of barbecued meats or split clever appetizers such as smoked chicken wings, baked macaroni and cheese, or spicy chicken tacos with avocado serrano crema. Specialty cocktails, pints, and glasses of wine are discounted on happy hour special throughout the week, making the restaurant a great choice for after-work dates. 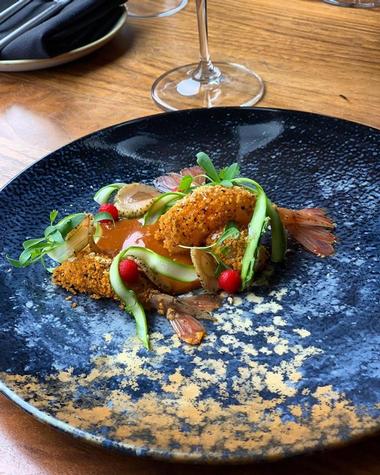 
Fauna has been named as one of Canada's top 100 restaurants, acclaimed for its elevated New Canadian fare since its opening in 2014. The Centretown restaurant, which is helmed by chef and restaurateur Jon Svazas, serves up rustic farm-to-table entrees in its intimate 60-seat dining room overlooking beautiful Bank Street. Design elements by top regional companies such as Linebox Studios, the Modern Shop on Sussex, and Gusto Metalworks create a unique ambiance, perfect for impressing first dates. Diners can enjoy high-quality land and sea entrees such as salmon tataki, eggplant carpaccio, and 80-day dry-aged ribeye service for two. Full chef's tasting menus are also served, showcasing five blind courses paired with fine wine selections. 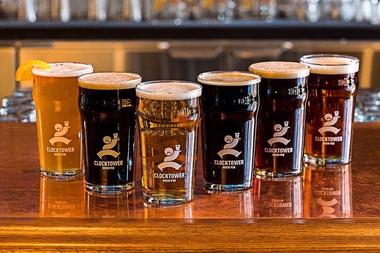 The Clocktower Brew Pub is Ottawa's longest-operating craft brewery, originally opened on Bank Street within the Glebe in 1996. Today, the brewpub chain offers six locations throughout the Ottawa region, including locations in Orléans, New Edinburg, Westboro, and the ByWard Market. Couples can try refreshing craft beers such as the company's flagship German Kölsch, Wishart’s ESB, Clocktower Red, and Bytown Brown. An extensive menu of pub fare is served up throughout the day, including clever shareables such as mango habanero-seasoned pub chips and dip, gourmet poutine, and kimchi fries. Gourmet burgers, sandwiches, and tacos round out the menu, along with pub favorites such as fish and chips. 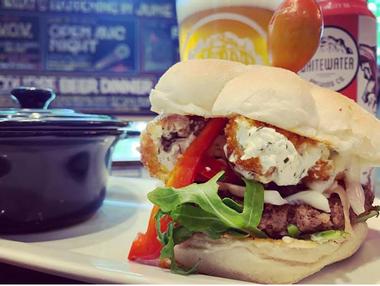 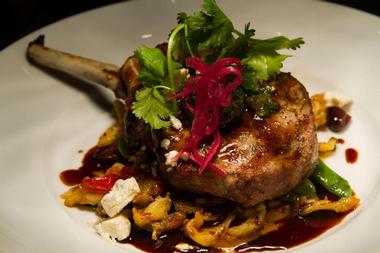 Fraser Café is one of New Edinburgh's favorite neighborhood dining destinations, originally opened in 2008 by namesakes Simon and Ross Fraser. The clever, polished restaurant offers communal seating and seasonally rotating menus, striving to create entrees that are as healthy as they are creative and tasty. Menus typically feature delicious options such as ricotta and beef ravioli, roast duck with sweet potato and scallion pancakes, and roast chicken and pork belly service for two. At brunch, diners can enjoy globally-inspired fare such as huevos rancheros and Japanese-style okonomiyaki, complemented by breakfast cocktails such as mimosas and salt licks. 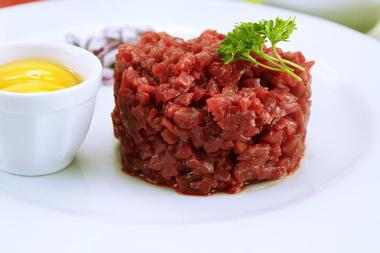 Absinthe Cafe is one of Ottawa's finest bistros, originally opened to the public in 2003. The delicious restaurant emphasizes the bounty of the eastern Ontario and western Québec regions, serving up sophisticated, inventive fare at dinner throughout the week. Menus rotate frequently to reflect the availability of seasonal fare, but often include highlights such as bacon-wrapped pork tenderloins, duck breast with root vegetable purée, and sauteed escargots with white wine tarragon cream sauce. For dessert, couples can share delicacies such as warm dark chocolate fondant or choux profiteroles served with ice cream. A wide selection of local craft beers are offered to complement all meals, along with fair-trade coffee and tea options. 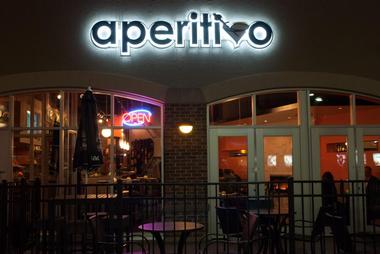 Aperitivo is a globally-inspired dining spot in Kanata, originally opened to the public in 2012 by Erica Fillipoff and Steven MacDonald. The restaurant is named in honor of a Spanish and Italian term meaning "pre-dinner snack," commonly used to refer to palate cleansers. Since its opening, it has been praised as one of the city's top dining destinations by publications such as Ottawa Magazine. Excellent gastropub entrees showcase Mediterranean flair, including favorites such as chicken liver and dumplings with ricotta gnudi or fenugreek lamb farinata. Dates can also share locally-sourced cheese and charcuterie plates or split fresh-baked house focaccia and honey butter cornbread. Beer menus focus on local craft choices, while cocktails highlight unique ingredients such as walnut bitters and Canadian maple syrup. 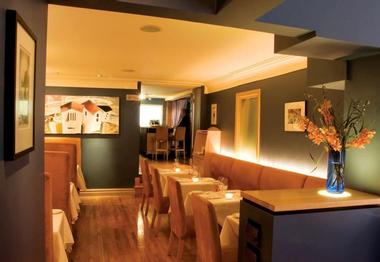 Beckta has been named as one of TripAdvisor's top 10 dining destinations in Ottawa, known for its refined New Canadian fare and elegant wine bar. The restaurant, which is overseen by namesake owner Stephen Beckta, has been housed within the city's historic Grant House since 2014, located on the first and second floors of the restored landmark building. Seasonal menus offer a la carte and tasting menu options, including a pre-theater menu with diner's choices of appetizers, main courses, and desserts. Tasting menus focus on delicacies such as pea and ricotta ravioli, spot prawn shrimp ceviche, and Québec lamb sirloin, complemented by shareable desserts such as rhubarb cheesecake with goat yogurt. 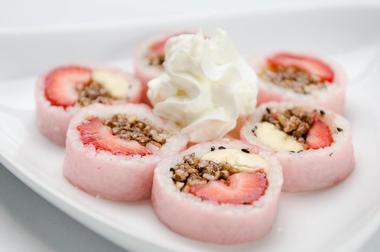 Shinka Sushi Bar was originally opened in Ottawa in 2004 as New Generation Sushi, known for its intimate, club-like atmosphere and creative takes on sushi rolls. The restaurant strives to blend traditional Japanese culinary practices with new modern takes on favorites, offering full meat and vegan menus to accommodate diners of all dietary types. Extensive specialty roll menus are available throughout the day, along with full sashimi and nigiri menus and bento box options. Sushi platter combinations are also served up at lunch or as takeout for couples looking for a more private dining experience in the comfort of their own homes. A selection of hot and cold sakes complements all meals. 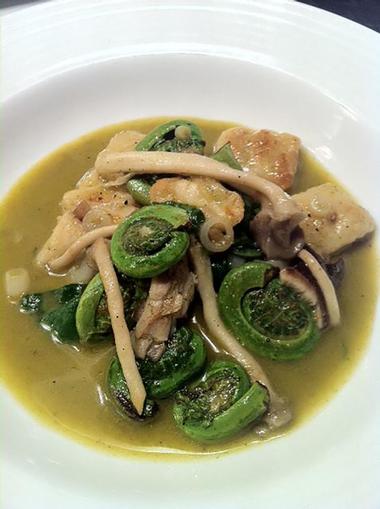 Play Food and Wine is one of the newest offerings from popular Ottawa restaurateur Stephen Beckta, known for his work at his namesake restaurant. The casual market-driven restaurant, which is overseen by executive chef Katie Ardington, focuses on modern small plates served up from an open-plan kitchen and bar. The unique format lets couples sample a selection of dishes of their choice, offering more variety and sharing opportunity than traditional restaurants. Clever cheese and charcuterie platters are served throughout the day, along with savory hot options such as duck and pork terrine, Fogo Island cod, and salmon tartare. Extensive wine lists focus on North American and international options, while craft beer lists highlight regional favorites.