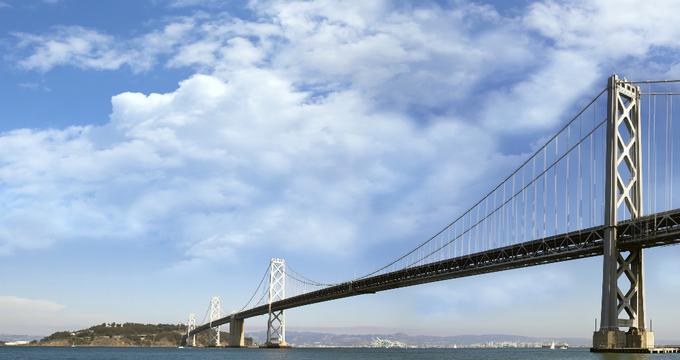 San Francisco has always been a fascinating city, home to all kinds of creative minds, out of the box thinkers, and artistic souls. It's a place that has a special kind of charm and appeal to unique people, drawing in a rich and diverse crowd of citizens and visitors and leading the way in many aspects of art, culture, and expression.

One of the city's most famous but often overlooked historical figures is undoubtedly Joshua Abraham Norton, otherwise known as Emperor Norton, and The Emperor's Bridge Campaign is an exciting non-profit working hard to honor Emperor Norton's memory and raise awareness of his good deeds.

The Emperor's Bridge Campaign is a non-profit organization that got started back in September of 2013 in the wake of a Change.org petition calling for a renaming of the San Francisco - Oakland Bay Bridge. Many citizens of San Francisco and others around the world had been urging authorities to rename the bridge in honor of Emperor Norton, as it was he who originally set out the plans for the bridge's construction, way back in the 1870s.

The petition wasn't successful, but The Emperor's Bridge Campaign was formed in order to continue raising support for the bridge's renaming and also seeking out new ways to honor Emperor Norton and educate people about who he was, what he did, and why his unique life is so worthy of recognition.

Who Was Emperor Norton?

John Abraham Norton was born in England in February of 1818. He spent most of his early life in South Africa, before moving to the United States and seeking out a new life in the city of San Francisco, some time in 1849. For about a decade, Norton made a living for himself as a simple businessman, but in 1859, he decided to name himself Emperor of the United States.

An eccentric but admired figure with many people around the city and beyond, Norton had no real political power but would make proclamations and try to work towards positive changes in and around San Francisco. One of his most significant ideas was his call for the construction of a bridge connecting San Francisco and Oakland.

He never lived long enough to see the bridge be constructed, but he left an unforgettable mark on the city. All kinds of myths and rumors began about Emperor Norton and his story inspired many great writers including Mark Twain and Robert Louis Stevenson. He has also appeared in various TV shows, comic strips, and other forms of popular media over the years. He died in 1880, but his memory and legacy live on.

The Work Of The Emperor's Bridge Campaign

The Emperor's Bridge Campaign was incorporated as a non-profit organization in late 2014 and was originally dedicated to keeping the campaign for the renaming of the San Francisco - Oakland Bay Bridge alive. Since then, however, the organization has expanded its scope and efforts in order to fully honor the life of Emperor Norton and seek out as much information on him as possible in order to educate and raise awareness of all that he did.

The mission of The Emperor's Bridge Campaign is to increase public awareness, understanding, and appreciation of Joshua Abraham Norton. To that end, the campaign makes use of social media campaigns, public talks, historical research, documentation, educational programs, and public commemorative events, all focused on Emperor Norton

The Emperor's Bridge Campaign is doing some amazing work to selflessly honor and celebrate a wonderful and truly unique figure from San Francisco’s past. Emperor Norton was laughed at by some and judged by others due to his eccentric ways and personality, but he was, all-in-all, a truly special man who only wanted what was best for the city. He was a man who really embodied the free-spirited and creative nature of San Francisco, and you can help to honor his memory by supporting The Emperor's Bridge Campaign.

- Donations - Like any non-profit, The Emperor's Bridge Campaign needs donations to survive and relies on the kindness of its donors to fund various projects and programs. Donations can be made online or by mailing a check to The Emperor's Bridge Campaign, 55 Chumasero Drive, 10F, San Francisco, CA 94132. All money raised will go towards projects, research, and the organization of events.

- Membership - If you'd like to donate money and also get a little something in return, you might be interested in joining up with The Emperor's Bridge Campaign and becoming an official 'Emissary of the Empire'. For a small annual fee, you can get a collectible card, free admission to all regular ticketed events for The Emperor's Bridge Campaign, and discounted or free admission to other events organized by partners of the organization.

- Attend Events and Raise Awareness - Those who are unable to donate money right now but still wish to show their support for this organization can simply choose to come along to the various events organized by The Emperor’s Bridge Campaign and spread the word about this super non-profit among their friends, family, colleagues, and other social circles. The more people you tell about the campaign, the more support it will receive. website

16 Best Things to Do in Aptos, California

14 Best Things to Do in Eureka, California

25 Best Things to Do in Riverside, California